Partisans may not believe it, but Canada's "culture of secrecy" existed long before Stephen Harper moved into the prime minister's office. And it'll be around long after he moves out, unless Canadians do more than cast their ballots in the next election. 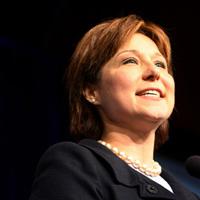 That's why four groups concerned about freedom of information, one of which I'm part of, are launching a campaign encouraging Canadians to take a small but vital step on social media that would raise more awareness of just how much is being hidden from us: spotlighting examples of government secrecy with the hashtag #cdnfoi.

Such secrecy has its roots in our political system, which has a tradition of strict party discipline. Because of that discipline, decisions made by the government behind closed doors -- in cabinet meetings, for example -- are rarely defeated in the House of Commons, making secret forums the principle arbiters of public policy.

To be sure, the Harper administration has done more than its share to cultivate a backroom state, frustrating access to government records and officials, as well as failing to fix our broken freedom of information system. But Canadian society is an especially fertile ground for the growth of policies that violate our right to know.

In part, that's because our country doesn't have any groups that exclusively and routinely advocate for greater freedom of information at a national level. Probably the closest we have to that is the small B.C. Freedom of Information and Privacy Association.

As its name implies, the association's two staff members toil on information and privacy issues in British Columbia and the rest of Canada from a tiny office above a beauty salon and spa in Vancouver.

Meanwhile, other organizations that care about our right to know have even more sprawling mandates. For example, Ottawa's DemocracyWatch stands on guard for democratic reform and corporate responsibility, as well as freedom of information. Meanwhile, Halifax's Centre for Law and Democracy deals with other human rights issues abroad.

By comparison, the United States has three umbrella organizations that exclusively safeguard Americans' right to know.

They include OpenTheGovernment.org, representing 94 groups; the National Freedom of Information Coalition, representing 30 dues-paying groups; and the Sunshine in Government Initiative, representing nine groups.

Such umbrella organizations have always been few and far between in Canada. In the 1970s, a coalition called ACCESS: a Canadian Committee for the Right to Public Information was established to lobby for greater freedom of information.

Reports from The Globe and Mail back then described the committee as having the backing of groups such as the Canadian Manufacturers' Association, the Canadian Labour Congress and the Canadian Daily Newspapers Association.

But long-time right to know researcher Ken Rubin said that ACCESS, which played a key role in the creation of Canada's current freedom of information law, was actually "primarily a group of diverse individuals" that included academics, activists and lawyers and had some "paper" affiliations with other organizations.

The committee had folded by the 1980s. According to Rubin, during the same decade, a loose coalition came together under the auspices of the Canadian Federation of Civil Liberties and Human Rights Associations to "monitor and improve" freedom of information. That coalition also "went by the wayside" once the federation "faded away."

More than 25 groups were represented at its founding conference in March of that year. However, in an email Cribb stated the coalition "died a regretful death."

The reason: "It proved to be impossible to lure financial support for such an endeavour -- part of the perplexing lack of concern, engagement or righteous indignation in Canada around issues such as freedom of information and the public's right to know."

Those concerns aside, in 2011 DemocracyWatch launched the Open Government Coalition. So far, the coalition is made up of three groups not counting DemocracyWatch and an affiliated charity, although founder Duff Conacher plans to expand it this fall.

In the meantime, the New Democrats and the Liberals have proposed laws and policies that would open up government. They should be applauded for doing so. And if the past is a predictor of the future, they may even act on some of those proposals if they win power -- just as the Conservatives did.

No monopoly on secrecy

But eventually the expediency of secrecy seems to seduce every government, regardless of its political stripe. Which means a New Democrat or Liberal administration will likely become as tight with information as the Conservatives -- albeit, perhaps, with more of a velvet glove covering that clenched, iron fist.

Don't believe me? Well, look no further than the United States where Democrat president Barack Obama swept into office promising an "unprecedented level of openness in Government."

Five years later, an Associated Press analysis found that in 2013 his administration "more often than ever censored government files or outright denied access to them last year under the U.S. Freedom of Information Act."

Meanwhile, for his part New York Times reporter James Risen has called Obama "the greatest enemy of press freedom in a generation."

As a result, it's vital for Canadians to start paying better attention to our information rights so we can better safeguard them.

That's why the BC Freedom of Information and Privacy Association, the Canadian Association of Journalists, DeSmog Canada and IntegrityBC are now encouraging Canadians tweet about threats to their right to know using the hashtag #cdnfoi.

Those threats include everything from backroom government meetings and frustrated freedom of information requests to inaccessible officials and nonexistent public records, whether at the federal, provincial or local level.

At present, the use of that hashtag isn't widespread, making it more difficult for Canadians to know about such threats.

So, by just tagging stories about government secrecy with #cdnfoi, you can help your fellow citizens know about what they aren't being allowed to know.

And you can encourage others to take up the fight by sharing graphics that promote #cdnfoi -- helping change Canada's culture of secrecy in the process.