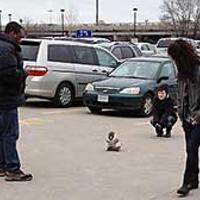 Why Are Canadians Flipping Past Politics?

There will be fewer hands to file access to information requests, fewer eyes to read public records and fewer minds to think of questions that aren't being asked.

That's a blow to Canada's democracy, given that Postmedia publishes the National Post, the Canada.com website and nine newspapers in major cities across the country.

But I also wonder whether the now endemic level of such layoffs in the industry could compromise the willingness of still employed journalists to do critical investigative work without fear or favour.

Let me explain. In my experience, it's not uncommon for reporters to end up working for or trying to influence the officials and institutions they once covered. For example, journalists on the politics beat have been known to eventually become government staffers and lobbyists.

So it's reasonable to assume that, given the instability of the news industry, some journalists may increasingly come to see the subjects of their stories as potential employers. In doing so, those same journalists may come to wonder how their coverage will affect their chances of being hired if they are downsized.

In attempting to answer those questions, it's worth remembering that as the news media's ability to produce such investigative journalism declines, so too may the frequency of such reports. Hard-hitting reporting will likely become even more of an outlier on the nation's news pages and broadcasts than it already is.

As a result of this rarity, some institutions and officials may increasingly come to see investigative reporting as not part of a journalist's job -- in practice, if not principle.

So how willing would those institutions and officials be to hire someone who has, in their opinion, just been making trouble? How many journalists -- who are working under the threat of unemployment -- are asking that same question?

And how might that affect the news media's willingness to investigate the powerful, rather than just repeating what the powerful have to say?

Of course, I don't necessarily have the answers to any of these questions -- or the many others that may arise if journalists increasingly start thinking about their job futures rather than their present jobs. Moreover, it's important to remember there are many reporters for whom the public trust will always come before any personal considerations.

But as the number of people guarding the bulwark of liberty continues to forcibly decline, these are important questions worth asking.