Many are expressing outrage now that the public has become aware that Chuck Strahl is acting as a lobbyist for Enbridge, the company hoping to build an oil pipeline across British Columbia. The problem is that Strahl is also chairman of the Security Intelligence Review Committee (SIRC), which is basically the only watchdog over the domestic spies at CSIS. 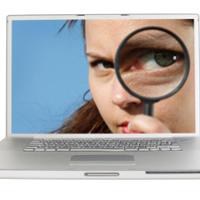 Web Snooping Laws Return Under the Cover of Cyber-Bullying

Regardless of your position on oil pipelines, surely all of us can agree that publicly funded government watchdogs should not be employed by those connected to the agencies they are overseeing. In this case there's a clear conflict of interest since CSIS has been asked to aid the oil industry in monitoring environmentalists.

As Postmedia's Stephen Maher notes, "Last year, the National Energy Board called in CSIS and the RCMP to investigate possible security threats from opponents of the Enbridge pipeline on dubious grounds. It's hard to ask those pipeline opponents, who may have been sinned against by their government, to trust Strahl's organization to look into whether their rights have been violated."

To make matters worse, the CBC has now reported that most of the SIRC watchdog committee members have ties to the oil industry and Prime Minister Stephen Harper. Notable civil liberties lawyer Clayton Ruby has suggested a modest reform where watchdogs do not take positions outside their role and have full employment in their positions. "At the very least, all of them should be banned from lobbying," Ruby says.

This all comes against the backdrop of shocking revelations from Edward Snowden about mass surveillance of innocent citizens, and Federal Court Judge Richard Mosley's deeply worrying statement that CSIS deliberately misled him when applying for a warrant to spy on Canadians. It's clearly time for a review of all spying activities and oversight mechanisms for CSIS, RCMP, and ultra-secretive spy agency CSEC. That's why OpenMedia.ca has joined with the B.C. Civil Liberties Association to launch a lawsuit against CSEC's spying on law-abiding Canadians.

As Canada's largest and broadest pro-privacy coalition and tens of thousands of Canadians have stated: "More than ever, Canadians need strong, genuinely transparent, and properly enforced safeguards to secure privacy rights. We call on Government to put in place effective legal measures to protect the privacy of every resident of Canada against intrusion by government entities."

In the end the secretive, expensive, and out-of-control Canadian spying apparatus must be fully reined in.

For those of us who have been active in the Internet freedom movement, this situation feels very familiar to our telecom woes. The reason we are now having to dig a way out of a system of Big Telecom price-gouging is because the government and regulators were listening to industry lobbyists rather than Canadians. That appears to also be the case with government surveillance now.

We saw this clearly with the government's online spying bill C-30, but I think many were hopeful they had seen the light when it made a public commitment to never again try to impose warrantless spying on Canadians. The government has now flip-flopped, and Justice Minister Peter MacKay is now trying to use our concern for children to push many of these NSA-style spying provisions through. It's wrong and sad to see this. Clearly the government is listening to lobbyists (this time those in the security/resource extraction sector) and not citizens.

Whether it's telecom price-gouging, copyright censorship, online spying, or a range of other issues; these controversies reveal a systematic democratic deficit in Canada and beyond.

In this era of participation, after years of open collaboration and free expression online, citizens believe they have a right to participate in decisions that affect their daily lives -- we have a right to meaningful, open-ended participation in our economy and our democracy. What we're seeing today is that ethos and deepening culture bump against old, top-down business and government bureaucracies intent on maintaining their control.

We've seen in Canada that our government under the leadership of Industry Minister James Moore, and the CRTC led by chairman Jean-Pierre Blais, are beginning to adapt to this new reality of public participation. Moore resisted Big Telecom's misleading PR and legal offensive last year, and has begun to usher in new rules and government enforcement to support our access to independent Canadian telecom choice. The CRTC's Blais has done the same with the wireless code of conduct, roaming, and has even tried to open up a consultation process about the future of TV.

None of this is enough for Canadian families feeling the pinch of price-gouging in these difficult economic times, but we're moving in the right direction in terms of public policy, if not yet effect. If the government builds on these efforts and doesn't submit to lazy, short-term fixes, we'll get somewhere in the next year.

We're working to build as large a community as possible around these issues, and we'll be sure to connect with these voters around election time to let them know where each of the parties stand. Together we represent a growing political force. Learn more at OpenMedia.ca.