The power of the Internet to shake up well-established industries has become a common theme in recent years as many businesses struggle to compete with new entrants and technologies. While it has captured limited attention outside of educational circles, the Internet has facilitated the emergence of open access publishing of research, transforming the multi-billion dollar academic publishing industry and making millions of articles freely accessible to a global audience. 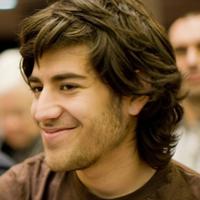 "Open Access Week," which is used by supporters to raise awareness of the benefits of open publishing, is being marked at university campuses around the world this week just as a Canadian study confirmed a global open access tipping point and Canada’s major research funding agencies prepare to mandate open access publishing for grant recipients across the country.

According to a European Commission-funded report by Montreal-based Science-Metrix, more than half of all research publications in some countries and fields of study are now freely available online. The company found that countries such as the United States, Switzerland, Israel, and the Netherlands have all passed the 50 per cent mark for open access publication. Canada is on the verge of joining those countries, falling just shy at 49 per cent.

You fund it, you should see it

The shift toward open access becoming the default form of disseminating research in many fields is a remarkable change given that conventional publishing in expensive subscription-based journals was the standard in many areas as recently as 10 years ago. The move toward open access means that global research is far more accessible to everyone -- scientists, researchers, and the general public.

The three institutions, which collectively dole out hundreds of millions of dollars in research support annually, launched a consultation last week on a standardized open access policy. The policy would require grant recipients to ensure that their peer-reviewed publications are freely available online within 12 months of initial publication.

The policy sends a strong message to all researchers that the public should not be asked to pay for access to the research that it funds. Rather, researchers seeking taxpayer support can reasonably be required to make their research openly available to the public.

In fact, the adoption of a standardized open access policy may open the door to several other initiatives.

In addition to the changes for research publications, the agencies may also pursue new open data requirements that would mandate the availability of the raw information generated by research activities. Moreover, while the current policy is limited to research articles, books and other larger publications that benefit from taxpayer support may also face pressure to adopt more open models of access.

The implications of open access policies extend far beyond shaking up the academic journal market. Openly available articles are already being incorporated into teaching materials, thereby replacing conventional textbooks and removing the need for copyright permissions and fees. Open access may also help foster greater collaboration between researchers and the business community with improved access leading to commercialization opportunities that might otherwise be missed.

As the Canadian academic community celebrates open access week, it appears that the long-awaited tipping point may be about to head north.