The need for a large-scale Canadian digitization strategy has been apparent for many years, with experts repeatedly pointing to the benefits that would come from improved access to Canadian history and culture. While other countries have marched ahead with ambitious projects that often incorporate historical text records, photographs and video, Canada has fallen behind. 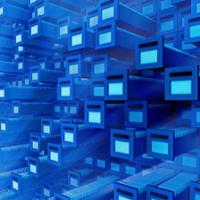 Library and Archives Canada, which is charged with preserving and making accessible Canada's documentary heritage, has led the digitization effort but most of its work over the past decade has failed to bear much fruit.

Given past disappointments, the launch of a massive new digitization project should have been a cause for celebration. Last June, the LAC and Canadiana, an alliance of public and academic libraries focused on digital preservation, announced plans to digitize and create metadata on 60-million historical Canadian documents. The documents are currently in microfiche and the project envisions digitizing the images and adding transcriptions and metadata (data about data content) to improve their searchability.

Yet as the details of the project dubbed Héritage leaked out, controversy arose with concerns that the historical documents would be placed behind a paywall that would require individual Canadians to pay monthly fees for access. That generated a significant outcry from many groups, with then-Canadian Heritage Minister James Moore assuring the House of Commons that the new head of LAC would closely examine the project.

After the outcry subsided, however, Héritage began to proceed largely as planned. The key supporters of the project -- Canadiana, the major library associations and the LAC -- tried to assure critics their concerns were unfounded, promising to make the digitized microfiche copies freely available to all and restricting additional fees to value-added services such as transcriptions or meta-data. However, new documents released under the Access to Information Act raise troubling questions about public access and promises of exclusivity made by the LAC.

Among the documents obtained is the previously unreleased contract between LAC and Canadiana. The contract, which was signed in May 2013, does not provide for digital public access to the documents without a paywall. Rather, the minimum requirements are that the LAC will provide physical access in its reading rooms, Canadiana will charge fees for hosting the content, and at least 10 per cent of the collection will be made freely available online each year. After 10 years, the entire collection will be openly available to the public online.

The contractual terms are inconsistent with public statements that provided assurances that all digital copies would be publicly available on completion and that the 10 per cent restrictions would only apply to works with additional transcription or metadata. Canadiana officials now say that they plan to go beyond the contractual requirements, yet it is surprising that the LAC did not insist on full public access within the contract.

The contract also grants Canadiana exclusive rights to host and make accessible online the entire collection for 10 years. However, internal LAC documents readily acknowledge that there was nothing to stop anyone from doing the same thing, since the documents are in the public domain and there is free access to the physical copies.

In fact, granting exclusivity rights is difficult to reconcile with the role of the LAC in digitizing the historical records, which is far more extensive than is generally appreciated. The contract indicates the LAC will digitize no less than two-thirds of the collection. Given that the LAC is doing most of the digitizing and Canadiana hopes to rely on crowd-sourcing techniques for some of the transcription and metadata, the extensive public contribution creates real doubts about the need for any paywall or exclusivity.

The Héritage project promises to offer unprecedented access to Canadian historical documents. Yet the fine print of the agreement may leave many wondering how a deal could have been reached without mandating free online public access, while granting exclusive rights that do not exist.