Kudos to the weekly Barrie Advance for exposing the way some journalists are taking their marching orders from Erica Meekes, a flack in the Prime Minister's Office. 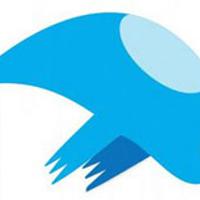 It Seems Harper's Bubble Is Twitterproof

These edicts from Meekes instructing reporters to attack Harper's political opponents have been the subject of much chatter amongst the hacks in my small circle since they began arriving in the email box of a pal in May.

We've been using them to play Spot the Lickspittle -- we Google the key phrases to see who among the ink-stained wretches is merely a mouthpiece for Harper.

But on Monday, Meekes misjudged her minions when she contacted the Barrie Advance with information about how Justin Trudeau allegedly made a money-losing fundraising speech for Barrie's Georgian College in 2007. Meekes supplied invoices, a poster, and a receipt for accommodations at the Four Seasons to prove Trudeau committed motivational speaking before he was an MP.

What isn't clear is how much public money went into investigating the legal business of a private citizen and why a public servant in the government would be assigned to slag-off Harper's political enemies at taxpayer expense.

"As a follow-up to the growing controversy over the weekend on Justin Trudeau charging charities for his speaking services," Meekes writes to the Advance, "I have enclosed further materials that demonstrate the scope of this practice, cost on the organizations, and in many cases, poor outcomes and large deficits as a result of his speaking tour. As discussed, these materials are provided to you on background, and should be attributed to a 'source.'"

The plucky Advance, circulation 52,000, knows real news when they see it. So they interviewed Meekes to learn why the PMO was sending these unsolicited political materials. She told them "the PMO routinely reaches out to the media."

Well, we can confirm that. Although "reaching out" isn't quite the phrase I'd use. The tone of these emails sounds more like a backroom boy organizing a smear campaign.

A 'source' inside the PMO

"Have you seen anything like this?" my friend, a city editor at a daily in another part of the country, asked when he forwarded me his first missive from Meekes last month.

No I haven't. News releases from government tend to be dull -- they trumpet some accomplishment or announce some program or event. So this lively attack on NDP leader Thomas Mulcair from Meekes' May 16 memo had us scratching our heads:

Meekes links to an article in La Presse that seems almost tailor-made for this purpose. I'm sure that's pure coincidence. Although it's worth noting that La Presse is owned by the Power Corporation of Canada, which has been known for its connections to the ruling parties in both federal and provincial politics since the 1960s.

Meekes then outlines a flimsy case for how Mulcair must be tainted by Quebec's civic corruption scandals. She tells the email recipients what they should think and the questions to ask.

The full memo (which can be found by clicking on either of the excerpts above) reads like a directive, which had me wondering how my pal -- an editor of great integrity -- had come to be on a Lickspittle List.

Well it turns out his newspaper's owner supports the Harper Government™ -- we have a hunch these marching orders are meant for party faithful -- and it would be as much as his job is worth to write a story about Meekes relaying attack orders to the press. So he sent the emails to friends at other outlets.

I'm particularly amused by Meekes' chutzpah in demanding reporters give her anonymity as an unnamed source. And I'm equally fascinated by the Toronto Star's explanation for why they agreed to it.

But since federal politics is not my bailiwick, I passed that first memo to a pal who writes for one of the national rags. He laughed it off. Although technically the PMO's job is to serve all Canadians, no one who covers the Harper Government™ expects them to be anything but self-serving.

So I circulated it to a few more scribes and we debated whether it was news or too inside-baseball. Since one misdirected missive does not a story make, we decided to wait and play Spot the Lickspittle.

Then on June 3 another one landed. Meekes accused Justin Trudeau of offering no "substantive comment" on Senate reform while the Harper Government™ promised a host of reforms including "tough spending oversight."

I have to check my calendar: was this before or after the PMO's chief of staff gave Senator Mike Duffy $90,000 to cover his expense claims? It would be real cheek if she sent it after the RCMP launched its criminal investigation.

This time Meekes quotes from Kelly McParland's June 3 column in the National Post, accusing Trudeau of saying one thing in Quebec and another in Ottawa.

Again, I'm sure it's pure coincidence that McParland delivers copy that seems tailor-made for Meekes' attack on Harper's nemesis.

Sunday June 16 was a very busy day for what I've come to think of as the Propaganda & Minions Office. In addition to her demands on the Barrie Advance, Meekes also circulated a general Trudeau-bashing memo. This time it tells us that Conservative MP Rob Moore "doubts the sincerity of Trudeau's response to Canadian Charities."

What Meekes fails to mention is who Moore is in the Grace Foundation story. That's the group that asked Trudeau to return a $20,000 speaking fee after they failed to sell tickets to the fundraiser he spoke at in June 2012.

Your tax dollars at work

Bear with me, this is complicated.

As CBC's Kady O'Malley reports, a board member of New Brunswick's Grace Foundation leaked the letter requesting Trudeau return his speaking fee, which is what kicked-off this whole "scandal" on Friday. Her name is Judith Baxter. Her husband is Glen Baxter. And he works for the Conservative riding association in Fundy Royal, New Brunswick -- Tory MP Rob Moore's riding. That would be the same Moore whose doubt in Trudeau's sincerity features in this week's memo from Meekes.

Did I mention that the PMO circulated the letter to media after Moore received it? Or that Judith Baxter and her daughter Jennifer are such pals with the PM that they were circulating a photo of themselves shot in his office? (Thank you, Facebook.)

That's right: some Harper insiders used their privileged access to confidential documents to engineer a scandal against the guy who is beginning to look like Harper's biggest worry. And yes, this is your tax dollars at work.

In this case, you're not funding just sleazy politicos and civil servants. Charities are non-profit organizations that enjoy a host of tax benefits and public grants. They are not supposed to engage in political activities. Last year, the Harper Government™ was threatening to revoke charitable status for environmental organizations for being "too political."

But I'm sure they'll overlook a faithful servant like Judith Baxter giving Harper ammo against Trudeau. Although if I were the Grace Foundation I don't think I'd forgive her. Baxter just called attention to the charity's less than stellar management.

It turns out that being incompetent fundraisers is only the tip of their ineptitude. In 2012, they spent the bulk of their revenues on themselves, with $3.2 million going to management and administration, while only $2.3 million on their charitable programs in care homes.

Must be the Harper influence.

Watching the Barrie Advance expose the way the PMO is fabricating news and dictating attacks on Harper's opponents made me realize we were wrong to sit on our orders from Propaganda & Minions. Or Prop-Mi, as I call it. At the very least, voters who pay for Meekes' memos should enjoy a rousing game of Spot the Lickspittle with us.

So I'll post the next one I see to The Hook. And I expect there will be a next one. The Harper Government™ is as cocky as it is corrupt.