Canadians frustrated with ever-increasing cable and satellite bills received bad news last week with the announcement that the Canadian Radio-television and Telecommunications Commission will consider whether to require cable and satellite companies to include nearly two-dozen niche channels as part of their basic service packages. If approved, the new broadcast distribution rules would significantly increase monthly cable bills with consumers forced to pay for channels they may not want. 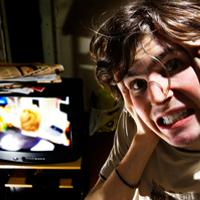 Should You Be Forced To Pay for TV Channels You Don't Want?

Twenty-two channels are vying for mandatory distribution status as part of the current review, which includes a comment period and a hearing scheduled for late April. Some have likened the process to winning the lottery, since mandatory distribution guarantees broadcasters millions in revenues. For example, 25 cents per subscriber -- the amount the Aboriginal Peoples Television Network currently receives -- generates $30 million in revenue in each year for the broadcaster (it wants the fee to increase to 40 cents per subscriber).

These proposed cash grabs could add hundreds of dollars to cable and satellite bills if approved. Sun TV News, which previously disavowed mandatory distribution by likening it to a tax on all cable and satellite subscribers, now wants the CRTC to require those subscribers to pay it 18 cents per month until 2017. Starlight, a proposed new Canadian film channel, hopes to generate hundreds of millions in revenues from mandatory distribution, much of which would be used fund the creation of new Canadian films.

While the financial benefits for broadcasters are enormous, the policy represents a near-complete elimination of consumer choice for the channels at issue. Rather than convincing millions of Canadian consumers that their services are worth buying, the broadcasters need only convince a handful of CRTC commissioners that their service meets criteria such as making "an exceptional contribution to Canadian expression." That is supposedly a high bar, yet it is surely far easier than convincing millions of people to pay for your service each month.

Is any broadcaster really that essential?

Last year, CRTC chair Jean Pierre Blais emphasized that the commission's top priority was to "put Canadians at the centre of their communications system." The mandatory distribution rules do the opposite. Rather than focusing on consumer interests and choice, the rules place broadcasters at the centre of the communications system by offering up the prospect of millions in revenue without regard for what consumers actually want.

There are few, if any, broadcasters that can be considered so essential as to merit mandatory distribution. Niche cultural broadcasters have a myriad of distribution possibilities and should be forced to compete like any other content creator or distributor. In fact, even broadcasters that position themselves as "public services" can often be replicated by Internet-based alternatives.

While the anti-consumer mandatory distribution rules should be scrapped, the commission can enhance consumer choice by making "must offer" the default for broadcast services.

Cable and satellite companies should theoretically welcome the chance to offer more options to subscribers, but the vertical integration between broadcasters and broadcast distributors may create anti-competitive incentives. With Bell, Rogers, Shaw, and Videotron each controlling a major broadcaster, it may make economic sense for those distributors to prioritize their own channels while offering their customers less choice.

The role for a CRTC that places Canadians at the centre of their communications system is obvious -- stop treating Canadians as ATMs for the broadcasters by dropping mandatory distribution altogether, while requiring broadcast distributors to offer all licensed channels to their subscribers in a pick-and-pay format so that at long last consumers get to decide what they want to watch and pay for.