The Internet community has been reeling for the past week as it grapples with the suicide of Aaron Swartz, a prominent digital rights activist who left a remarkable legacy for a 26-year-old. Swartz's contributions are used by millions of people every day as he played a key role in developing the specifications for RSS (which makes it easy to syndicate online content), Creative Commons licenses (which makes is easy to make creative works freely available), and the popular website Reddit. 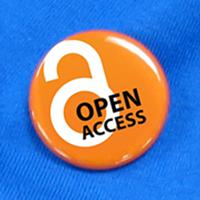 While much of the immediate focus has centered on mental health issues, draconian computer crime laws, and the bewildering prosecution of Swartz for downloading millions of academic articles -- a U.S. prosecutor was seeking as much as 35 years in jail despite the fact that Swartz did not benefit from the downloads and the source of the articles did not want to pursue legal action -- the more notable legacy was his effort to make information more openly and freely available.

Swartz aggressively pursued initiatives to increase the availability of information, particularly scientific and legal documents. His efforts were controversial, yet they point to mounting expectations that public information (or information funded by the public) be made easily accessible.

In recent months, there have been some important developments in Canada in furthering Swartz's vision. The Canadian Institutes of Health Research, the federal government's health research funding agency, recently launched a new open access policy that requires funded researchers to make their peer-reviewed publications freely available within 12 months of publication. Given the millions of tax dollars invested in CIHR research annually, the mandatory open access policy should ensure that the public has access to the cutting-edge health research it has helped fund.

Open availability of legal materials is also fast becoming the standard in Canada. The Canadian Legal Information Institute (CanLII), which is Canada's leading source of free legal materials, now houses more than one million court judgments as well as tens of thousands of legislative documents from all Canadian provincial, territorial and federal jurisdictions. Canadian lawyers, who pay an annual fee to maintain the site as part of their dues, provide the financial support to ensure that CanLII is sustainable (I am a CanLII board member).

After years of limited progress, digitization efforts in Canada are also beginning to bear fruit. The Internet Archive Canada, which has teamed with academic libraries across Canada, recently announced that it has digitized over 400,000 texts in Canada. Although relatively unknown, the Internet Archive Canada now boasts the largest online collection of Canadian public domain materials since virtually all copyright-expired books in the University of Toronto library have been digitized and are freely accessible and downloadable.

The question facing many Canadian institutions is what comes next. For academic research, the CIHR open access policy should be emulated by the other federally funded granting institutions so that all taxpayer-funded research features a requirement that the resulting publications be made openly available to the public within months of publication.

Access to legal materials has been a major success story, yet much more can be done. Legal publishers are beginning to make some of their texts freely available and law schools may soon rely on free, online cases as their primary source for legal casebooks. As those materials gravitate online, the pressure is likely to mount to ensure all Canadian cases and statutes are freely available, thereby granting the public full access to the law.

Yet perhaps the biggest step may come as part of efforts to move digitization efforts beyond public domain works toward the creation of a national digital library featuring millions of Canadian titles. Such an initiative would undoubtedly face implementation challenges with respect to copyright (it would likely rely on the newly expanded fair dealing laws), but the vision of universal open access in Canada seems increasingly possible and is consistent with the vision to which Aaron Swartz dedicated his life.