Ten years ago, 16 experts from around the world gathered in Budapest, Hungary, to discuss how the Internet was changing the way researchers could disseminate their work. The group hatched a plan to "accelerate research, enrich education, share the learning of the rich with the poor and the poor with the rich, make this literature as useful as it can be, and lay the foundation for uniting humanity in a common intellectual conversation and quest for knowledge." 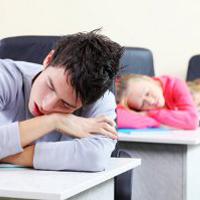 The Future of Education Is Here...

Their basic idea was simple: the Internet could be used to freely distribute scholarly research so that anyone, anywhere, could have access. Called "open access," the authors of the first Budapest Open Access Initiative identified two ways to enhance public access to research.

First, researchers could publish in journals that were themselves open access. While there were few such journals 10 years ago, today there are thousands of open access journals across all disciplines. Alternatively, researchers could publish in the journal of their choice, provided they posted a copy of the article in an online archive. The majority of journal publishers permit researchers to post their work (sometimes for a fee), which are then indexed by search engines and easily accessible on the Internet.

Earlier this year, many of the same researchers returned to Budapest to chart the path for the next decade of open access. While the initial declaration expressed the hope that governments, researchers, publishers, universities and others within the scholarly community would help remove the barriers to open access, the updated vision sets a far more aggressive goal of making open access "the default method for distributing new peer-reviewed research in every field and country."

Give public what it deserves

Open access as the default sounds ambitious, but is consistent with recent trends, particularly for research funded by taxpayers. A growing number of governments and funding agencies have already embraced mandatory open access requirements, recognizing that if the public funds the research, it is entitled to access the results.

For example, the British government announced in July that it would establish an open access mandate for all its scientific research within two years. That follows an Australian commitment to open access for health research and a new Argentinean law mandating open access for government backed research.

One of the biggest open access initiatives comes from the European Union, which reportedly plans to make open access publishing the norm for its 80 billion euro Horizons 2020 program, a massive research initiative that covers everything from the social sciences to particle physics.

The research community has embraced open access and fought back against attempts to curtail it. Thousands of researchers signed a petition earlier this year pledging to boycott journals published by Elsevier, the world's largest journal publisher, unless it dropped support for U.S. legislation aimed at curbing government-mandated open access. Elsevier quickly withdrew its support for the bill in the face of researcher opposition.

Despite the mounting support for open access, Canada has lagged behind with only a handful of pilot projects from the federally funded research agencies that receive hundreds of millions of dollars every year in taxpayer support. With the new open access goals, it is time for those agencies to make a firm commitment to open access.