Industry Minister Christian Paradis paid a visit to the Economic Club of Canada in Toronto last week to deliver a speech focused on the digital economy. As has been the case for months, the speech was short on specifics but filled with platitudes about a forthcoming digital economy strategy that "challenges our innovators" and "drives new technology." 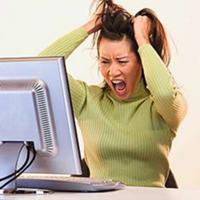 Yet despite promises of a strategy by the end of the year, the issue remains the government's "Penske File," a source of regular speeches and much "work" but few tangible results (for non-Seinfeld watchers, the Penske file is a reference to a non-existent work project). In fact, with Paradis telling attendees that the government's role "is to give our best and brightest the opportunities they need to succeed and then get out of the way" the strategy may be about as ambitious as the character George Costanza was on the Seinfeld show.

Canadians have waited years for a digital economy strategy. Paradis should dispense with the well-worn clichés and opt for an ambitious plan that generates genuine excitement and broad public support.

If Canada is to re-emerge as a digital economy leader, the starting point should be universal computer ownership combined with affordable broadband Internet access. The government has supported extending broadband access to rural communities in recent years, but there still remain thousands of Canadians who do not have access to affordable high-speed Internet services. Reliance on the private sector has failed to provide universal affordable access and the government should acknowledge the need for the public funds to address the issue.

Mere affordable access is not enough, however. As millions of Canadian students head back to school this week, it is worth remembering that many do not have computers in their homes. The solution lies in a digital economy strategy that brings together the technology and telecommunications sector to develop a plan that ensures universal access to computers and broadband Internet by 2015.

Ensuring Canadians have the necessary access is only the first step in the strategy. They must also have the skills and digital literacy to use the technology effectively. This will require a concerted effort at working with provincial and local groups to provide the necessary knowledge and tools. These programs should be integrated into schools and available more broadly within local communities.

Once Canadians are online, the government can't get out of the way until it establishes the legal framework that fosters public confidence in e-commerce and the online environment. Paradis should bring the languishing anti-spam legislation into effect by finalizing regulations that have been missing-in-action for the past year and introduce tough privacy reforms that mandate disclosure of security breaches backed by penalties for non-compliance.

Government also can't get out of the way until it has established a framework that fosters a fiercely competitive Canadian digital economy. Paradis told the Economic Club that "we need to take more risks, think more creatively and act more boldly to claim our place in the global economy."

There will be additional elements to the strategy -- government transitioning to electronic delivery of services, creating a digital economy leader around the cabinet table, and finding ways to pay for funded programs stand out -- but after years of delays, Canada needs fewer speeches on the digital economy and more substance.