Scanning Monday's headlines, you may have spotted Postmedia's announcement it will cancel its wire service and cut 25 jobs. The news comes less than a month after the Vancouver Sun and Ottawa Citizen introduced online paywalls to combat a steep decline in print ad revenue. 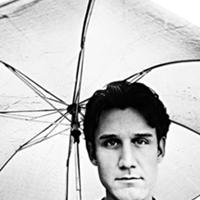 Inside the Guerrilla War on Billboards

We've known the financial picture for Canadian journalism has been in decline for a while. But one quick-and-dirty answer that has yet to be considered in Canada comes courtesy of a documentary called This Space Available, which is showing in Toronto for the first time today.

But if every major Canadian city banned billboard blight, how much of those ad dollars would trickle down to public interest journalism? This Space Available tells the story of São Paulo, Brazil, which did just that. And if the results in Canada are anything like São Paulo -- the first city in the world to ban all outdoor advertising -- Canadian magazines and newspapers could stand to double their advertising income.

This Space Available explores a global grassroots movement united against advertising in public space. The project grew out of a trip to São Paulo, the first non-communist city to reject billboards entirely. In late 2006, responding to clutter and safety concerns, the city's conservative mayor Gilberto Kassab imposed a blanket ban on outdoor ads.

"They called it Lei Cidade Limpa, which means the Clean City Law," says This Space Available filmmaker Gwenaëlle Gobé, adding that all residents she interviewed were in favour of the ban.

According to Gobé, outlawing billboards forced advertisers to find more personal ways of reaching their targets.

"They took away all the outdoor advertising, so this resulted in brands having to make more of a point of connecting with their consumers," she explains. "One of the things they would do is advertise in the press."

Why wipe out an entire industry to boost another less profitable one? The answer comes down to visual pollution, public good and an implicit contract in every advertisement.

"Repetition is the first element of invasiveness," says Gobé of the 3,000-5,000 commercial messages we consume every day. The film estimates $500 billion is spent globally on ads every year.

Studies have found the emotional content of advertising is disruptive to the human brain. "It's not like a photo of a can of peas," Gobé says. "They're selling lifestyles, which are very political in terms of who you should be or how you should feel."

While shooting This Space Available, Gobé recalls finding countless open-mouthed, doe-eyed women on billboards from Mumbai to Shanghai to Los Angeles. "It's so sexually evocative, and then you find out they're selling insurance," she laughs.

Gobé says such toxic optics are considered more balanced and acceptable in press advertising because it underwrites important public programming. At the very least you can turn a page, change a channel or close a window -- you can't erase a billboard from a landscape.

"With a newspaper, you're helping people get access to culture and content and some sort of learning information," Gobé explains. "It's an exchange. You can choose to see these ads in exchange for this content."

Ads that give back

São Paulo banned outdoor advertising because that advertising didn't give anything back to the people of São Paulo. It's a concept that has only recently reached Canadian cities.

"In Toronto it's less dramatic, but they've started," says Gobé. "The city passed a law that some of the profits [from billboards] should go to the arts -- which I think is a proper way of giving back."

Cities are often hesitant to regulate billboard ads for fear of stifling business. But increasingly, conservative pro-business centres like Houston, Texas are doing away with outdoor advertising to encourage commerce and engagement with public space.

"It was interesting, we found people who were very conservative and very pro-business who were against billboards," says Gobé. "Houston found they wanted to create a city where people wanted not just to work and leave, but to stay, go to the park and enjoy the city for what it is."

People don't like to live or hang out in neighbourhoods cluttered with outdoor ads; in fact, these spaces are often perceived as less safe. "The fact is these billboards are the same everywhere, which makes every place look the same," she continues. "People are not connecting to the spaces where they live."

Since 1981, Houston has banned all new billboards from being built. "Billboards were in competition with the Houston brand," she adds.

It appears banning billboards is good for business, good for cities, good for people and good for journalism. So why haven't more cities followed São Paulo's lead?

"I feel like the concept that [billboard advertising] is actually taxing on people and the livelihood of the city is still being figured out," Gobé says.

If Canadian journalism is going to survive another cold winter, it better figure this one out fast.

This Space Available plays at the TIFF Bell Lightbox theatre on Thursday, May 10 and Saturday, May 12 as part of the TIFF Next Wave Festival in Toronto.