The recent federal budget was a hefty 498 pages, but it still omitted disclosing the decision to eliminate funding for the Community Access Program, Canada's longstanding initiative to provide an Internet access alternative for those without connectivity. The world has changed dramatically since the CAP was first launched in 1995, but the decision to cut it without establishing alternative solutions for low-income Canadians who are not online is a disappointing development that highlights yet again the absence of a national digital strategy from Industry Minister Christian Paradis. 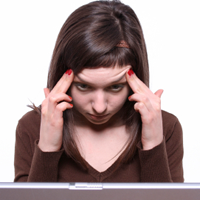 The CAP was once a foundational element in the federal government's effort to connect Canadians. In the late 1990s, many did not have Internet access at home and wireless data plans were still years away. Today, the majority of Canadians have residential broadband access as well as wireless connectivity through their smartphones or other devices.

The decision to cut the CAP therefore does not come as a surprise. In 2010, it appeared the government was set to cancel the program, bolstered by a 2009 evaluation conducted by the Audit and Evaluation Branch of Industry Canada. The evaluation found that the program was "less aligned with the current priorities" of the government and that "it may have out-lived its usefulness as a means to bring the Internet to communities across Canada."

When letters were sent to local programs notifying them of the impending cuts, the local communities expressed their concern to elected officials. The outrage led then-industry minister Tony Clement to quickly reverse the decision, chalking up the notification letters to a funding misunderstanding.

Changes in Internet access rates may have made the CAP an obvious target for elimination, but fostering universal access to the Internet is more important than ever. As governments embrace open government initiatives and shift toward electronic delivery of services, ensuring that all Canadians have Internet access becomes an absolute necessity.

Yet the 2010 Statistics Canada Internet Use survey found that many low-income Canadians do not have Internet access at home. While 97 per cent of Canadians in the top income quartile have access, that number drops to 54 per cent for those in the bottom quartile. In other words, nearly half of all Canadians with incomes of $30,000 or less do not have ready access to the Internet.

For those Canadians, the issue is not whether Internet access is available but rather whether it is affordable, particularly when combined with the need to invest in computing equipment. The CAP helped address the affordability gap by ensuring that thousands of Canadians -- even those without a computer or who found that monthly access charges were beyond their means -- would have access to the Internet.

The CAP may have needed re-tooling, but there remains a Canadian digital divide that should be addressed. By comparison, the U.S. Federal Communications Commission teamed up with cable and technology companies last year to launch Connect-to-Compete, which promises to bring computers and Internet access to low-income households.

The program, which will officially launch in September, includes a commitment from the cable companies to offer $10-a-month broadband Internet access to homes with children that are eligible for free school lunches. Moreover, families can purchase a refurbished computer for $150 or a new one from Microsoft for $250. For those without computer expertise, Best Buy's Geek Squad will offer basic digital literacy training in 20 cities around the country.

For thousands of Canadians that relied on the CAP, its elimination raises the real prospect of being cut off from the Internet. The failure to identify alternatives that support affordable access to Internet services and computers, along with the necessary skills development, places the spotlight once again on Canada's missing digital strategy.