It's writer-ducking season again. Some people know it as Canada Reads, CBC's annual search for the best Canadian book. But for anyone in any of the wordsmithing trades, it's better known as the Season of Shameless Self-Promotion, during which we avoid all our author pals as they begin campaigning for our votes. 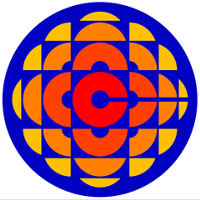 Even worse, for the first time Canada Reads is celebrating non-fiction books. Well, it's a good thing in some ways: non-fiction books are where the groundbreaking journalism happens these days, and it's time the genre got more recognition. But since social media are the battlefield of choice, you'll all be able to witness this year's spectacle of begging for votes.

Canada Reads was once a bang-up event that had celebrity fans elect and defend their favourite novels on air. The choices were often as quirky as the celebs themselves and it made for lively radio. Now CBC has set up a contest in which winning has less to do with literary quality than with the ability to nag one's friends and cronies into nominating one's book.

And we've turned our nation's finest authors into little more than hucksters.

The harm is that we have to witness the embarrassing spectacle of writers sashaying up and down the digital corner trying to hook a vote via Facebook and Twitter.

Ironically, journalists whose work involves promoting others suck at doing their own PR. Probably because as Timothy Crouse noted in The Boys on the Bus the pack is full of "shy egomaniacs." And unlike actors, a tribe known for its bold egomaniacs -- narcissism is less a personality defect than a job skill in those circles -- writers are introverts whose clumsy publicity attempts resemble nothing so much as Bambi on a frozen pond.

All signs of dignity disappear in the face of Canada Reads. It has such power to pull readers and sell books -- today and in future contracts -- that it turns them all into needy whores. Within seconds of the news of Canada Reads going nonfiction I saw the first author making a Facebook bid for his 1,000 devoted "friends" to nominate his book by the Oct. 14 deadline.

I cringed. And I felt for him: I know what's at stake. But I hate seeing people robbed of their dignity and as the day wore on, I saw more and more dignity circling the social media drain. I was torn between writing a snotty letter to Canada Reads and setting up a bidding war for my vote.

One acquaintance even wondered if maybe he should call Terry Fallis, last year's winner, for advice on how to run the mob-moving campaign that has now become de rigueur in securing a spot on Canada Reads.

Fallis is a legend in publishing circles due to his enviable social media skills, which played a big role in his Canada Reads success -- not to mention getting him published in the first place. When the communications consultant couldn't get enough notice from publishers to earn even a rejection letter for his comic look at Canadian politics, he self-published The Best Laid Plans. Ultimately the book won the 2008 Leacock Medal for humour and Fallis showed us all how fallible the old gatekeepers had become.

His book is an award winner with an army of genuine fans, and he deserved to add the Canada Reads feather to his cap. But I hate to see the ability to run what is essentially a political campaign become the standard for Canada Reads finalists. Especially since few of the contenders use social media with the skill of Fallis, who has run political campaigns.

Literary prizes are not the sort of thing that should be awarded by people whose sole interest in voting is a personal fondness for a scribe. If the exercise is just to determine which can best move the mob to click the mouse, well then I'm not much interested in reading the results.

And that is just the sort of dynamic CBC has set up. I'm trying not to hold this against them: after all, I've spent my entire adult life relying on CBC radio for book journalism. And not just from dedicated shows like Eleanor Wachtel's Writers & Company or Shelagh Rogers' The Next Chapter. Locally, Sheryl MacKay's North by Northwest features B.C. authors whose work might slip below the increasingly weak radar.

Now that newspapers have abandoned book coverage, we all rely more heavily on the holy mother corp to keep ideas circulating. But turning Canada Reads into a social media race is the very enemy of ideas. They are contributing to a problem that is haunting most of us in the early 21st century: everyone and everything is being turned into a mass market commodity. It's the antithesis of humanity, let alone art.

Defenders will say that contests raise awareness of books and that having the public vote democratizes the process. But I suspect the real point of turning Canada Reads into Literary Idol is that it builds traffic to the CBC website. Given that they're in the crosshairs of the Harper government, I suppose we can't blame them for trying to prove their relevance.

But we can blame them for demoralizing our finest literary talents. I'm all for crowd sourcing among the well informed. But mob rule is not crowd sourcing anymore than it's democracy. And Canada Reads has set it up so that the most likely winner is the one most skilled at whipping up the fleeting enthusiasm of the mob.

I don't know about you, but I want my book reviewers to be better informed than the friends and family of the average scribbler. I'm not arguing for a handful of critics making the decisions for what we should read. Old-fashioned critics lost their value once news media became so concentrated that audiences couldn't hear a wide range of views on anything, including books, theatre and film.

But there are dozens of book bloggers and hundreds of book clubs who could be surveyed. And what reader wouldn't appreciate a list of must-reads compiled by sort of people who read a few dozen books a year purely for pleasure.

As things stand I'm afraid to fire up Twitter knowing the tsunami of self-promotion that awaits. Last year novelist Kenneth J. Harvey really distinguished himself in that arena with tweets like: "Either vote Inside on Canada Reads, or I will strangle myself with your pearl necklace and call the police."

My heart went out to the poor, desperate bastard when I saw that one. But it also had another effect on me: it made me want to cut him from my reading list permanently because he comes off like that creepy guy who is trying too hard to get a date. Is that what Canada Reads intended? The question is probably irrelevant; I doubt that whoever conceived of this traffic generator cares about authors or readers.

So if you're eligible for this year's Canada Reads, please let me apologize now for hiding, blocking, unfriending, or otherwise ducking you. It's not personal. Let's just say I'd rather keep reading you in print.