The Internet has given rise to thousands of online chat forums, where participants can sound off on the issues of the day often shielded by the cloak of anonymity. Anonymous speech can be empowering -- whistleblowers depend upon it to safeguard their identity and political participants in some countries face severe repercussions if they speak out publicly -- but it also carries the danger of posts that cross the line into defamation without appropriate accountability. 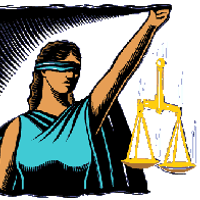 Striking the balance between protecting anonymous free speech on the one hand and applying defamation laws on the other sits at the heart of a new Ontario Superior Court decision released last week. The case involved postings about Phyllis Morris, the former mayor of Aurora.

In 2010, the website auroracitizen.ca featured an online chat forum where participants discussed a local election campaign. Morris, who was defeated in the election, launched a legal action during the campaign against the site, the chat forum moderators, its lawyers, and website host to order them to disclose the identity of three anonymous posters. Morris did not identify the specific defamatory words, but claimed that six posts were defamatory.

The court was therefore not asked to determine whether the posts at issue were in fact defamatory. Rather, it simply faced the question of whether it should order the disclosure of personal information about the posters themselves so that Morris could proceed with a defamation lawsuit.

The court rightly identified the core question as balancing "the competing interests of privacy, the public interest in promoting the administration of justice by providing the Plaintiff with the information sought to pursue her claim and the underlying values of freedom of expression and political speech." Moreover, the court emphasized that the posts involved political speech, which is particularly deserving of protection.

In sorting out the balance, the court relied on a legal test established in a 2010 Ontario defamation case that similarly involved anonymous online postings. That case identified four factors to consider: (1) Whether there was a reasonable expectation of anonymity; (2) Whether the plaintiff established a prima facie case of wrongdoing by the poster; (3) Whether the plaintiff tried to identify the poster and was unable to do so; and (4) Whether the public interest favouring disclosure outweigh the legitimate interests of freedom of expression and right to privacy of the persons sought to be identified if the disclosure is ordered.

In this particular instance, the court sided with the posters and refused to order the disclosure of their identities. Since the plaintiff (who has since indicated she plans to appeal) did not identify the specific defamatory words, she failed to establish a prima facie case of defamation. Moreover, the court also ruled that the posters had a reasonable expectation of anonymity and that there were insufficient efforts to try to identify them.

The case solidifies the emerging test for identifying anonymous posters on the Internet, establishing a balance that sends a message that anonymous speech is worthy of protection, but that law will not support hiding your identity with the intent to defame.

Given the court's careful analysis of the speech and privacy issues, the case also provides a reminder of the value of court oversight before ordering the disclosure of personal information. This may be in jeopardy since the government is currently contemplating lawful access legislation that require such disclosures without court oversight, tilting the balance away from privacy and creating a potential chill for those speaking out online.