In early February, OpenMedia.ca received word that the CRTC was planning a set of invitation-only meetings on March 23-24 in Ottawa. Entitled Shaping Regulatory Approaches for the Future, the forum was meant to bring together the "stakeholders" of Canadian telecommunications for "meaningful discussions" on modern regulatory approaches to the telecom industry in Canada. In other words, the meeting was set to be a consultation on the future of Internet in Canada. 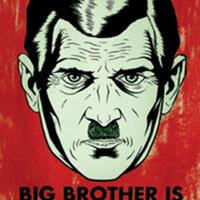 Say No to Forced Internet Spying

OpenMedia criticized the invitation-only and closed structure of the forum and pressured the CRTC to invite the real "stakeholders" in the future of the Internet -- Canadian citizens. The CBC picked up on this message and put the issue to the CRTC. In response, on March 14th, the CRTC expressed its desire to "open up http://openmedia.ca/news/crtc-open-controversial-closed-door-meeting" the forum and invited me to attend.

The CRTC refused to video or audio stream the meeting and imposed Chatham House Rule, which prevents attendees from attributing comments. The forum's organizers argued these rules would better allow invitees to "speak freely" and discuss issues openly. This in itself is telling of the kind of "stakeholders" invited to attend. If the CRTC felt that invitees would pontificate and perform in favour of their special interests, perhaps the commission should question their motives in influencing Canada's digital regulatory future in the first place.

At the meeting, innovators were certainly underrepresented, especially given the topic at hand. It seemed that the discussion could have used more voices from innovative services like Hootsuite and online media projects like OpenFile or The Tyee. It's interesting that this sector was the least represented at the forum, since this is where the most innovation, entrepreneurialism, and economic development is happening.

Though it depends on how you define "public interest," by my estimates, the public was represented by only six people out of just over 70 in attendance. I think organizations that represent the public should be the most represented category, considering we're talking about regulations that will fundamentally shape the way the public uses the Internet.

At one point during the forum, I spoke to a telecom rep who said he had previously worked for the CRTC. This is probably not unique and is evidence of the revolving door between industry and the commission. What was interesting is that, after I tweeted this fact and it caused a stir, people seemed so shocked that I would indelicately point this out to the public. Really, this is the kind of stuff that needs to be publicized.

We can't fix the CRTC's structural problems without finding the cause of those problems. The CRTC's insulation is clearly a problem and the antidote is to ensure its meetings are more transparent and its processes more open and accessible.

This past week, the CRTC wrapped up a landmark public hearing on Internet metering -- an issue that nearly half-a-million Canadians have spoke out against by signing the StopTheMeter.ca petition. I attended the hearing and presented before the commission twice. I'm happy to report that at the hearing, I witnessed the beginning of what looks like a shift towards a more citizen-centric approach at the CRTC.

The commission had more individual Canadians make presentations than at any previous hearing. The testimony was authentic and personal, but also remarkably consistent. Canadians want the commission to break the stranglehold big telecom companies (i.e. Bell, Rogers, Telus, Shaw, Videotron) have on the Internet in this country. It's time to ensure the Internet is more open and affordable by enabling access to the Internet independent of big telecom.

It's too early to say, but I believe the hearing showed a break in the CRTC's longstanding practice of shielding big telecom at the expense of the Canadian public. The commission finally admitted that there is an Internet affordability problem in this country, and that change is required to fix this dire situation. It appears that when the CRTC takes the time to listen to Canadians, they see things clearer.

We'll have to keep a watchful eye on the CRTC to make sure their rhetoric is backed up by action. But one thing is clear: the best way to safeguard the open and affordable Internet is for Canadians to stay informed, engaged and active on these issues. It's working.