As soon as I heard about Japan's 9.0 quake and tsunami on the morning of March 11, I started to cover it on my blog H5N1. The site has evolved over the years from tracking a potential pandemic (bird flu) to a real pandemic (swine flu), and then to the cholera outbreak in Haiti and the earthquake in Christchurch. A disaster like Japan, with implications for public health, was not a stretch. 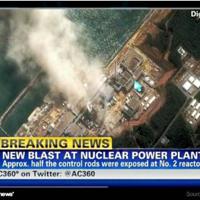 Do I Go Back to Tokyo?

One reason I run the blog is to learn how the media report on diseases. And that in turn affects the political response to public-health issues. In the case of Japan, as with earlier outbreaks, the media have tended to go for scare stories, myths, and stereotypes. That in turn will lead to scare politics and misguided policy.

One myth emerged during the original bird-flu scare: it's all a scam to enrich Big Pharma. When H1N1 erupted out of Mexico and California in April 2009, more myths emerged: flu vaccine is a Big Pharma racket and you shouldn't let your kid get vaccinated, and declaring a pandemic is a scam by the World Health Organization to attract more funding.

And Haiti strengthened still more myths and stereotypes, as American freelancer Ansel Herz pointed out in a sardonic and prescient essay published months before the cholera outbreak: "On your last visit you became enchanted with Haiti. You are in love with its colorful culture and feel compelled to return. You care so much about these hard-working people. You are here to help them. You are their voice. They cannot speak for themselves."

I also saw that my traffic followed a predictable pattern: shortly after the announcement of some fresh disaster in the mainstream and online media, my traffic would soar from around 500 visits a day to as many as 6,000. The spike would last for a week or so and then gradually subside. No doubt the other media were seeing something comparable (CNN's Japan coverage has reportedly resulted in its best ratings since 9/11.)

The arc runs something like this: Bad things have happened to good people. What caused the bad things? Bad people. What's more, even worse things are going to happen unless someone brave steps in to save the day. The rest of us can help by praying a lot. Plot reversals demand that worse things do indeed happen; this keeps the audience coming back for more.

This is all happening somewhere far away to people we know nothing about, so the storyteller has to be a familiar face -- one of our own, parachuted into the disaster. So the story arc depends on stereotypes of race, culture and nationality. Ideally, the bad people are exposed and punished and life returns to normal. But in practice, a fresh disaster somewhere else will distract the audience into deserting the old story and following the new one.

In Japan, the story arc has been complicated: We don't know much about the Japanese or about nuclear power, so we fall back on even more stereotypes: brave samurai, stoic peasants, evil bureaucrats and ticking time bombs.

The Japanese themselves, and long-resident foreigners, are keenly aware of how the story arc misrepresents them and their present problems. And in a literate, fully wired society, they are pushing back online against the stereotypes.

In one widely read post, Michael Gakuran wrote: "Even previously respectable papers seemed to be gripped by sensationalism and unable to report the basic facts needed to keep people from worry... Something amazing was happening on Twitter, though. Those of us in Japan and able to understand Japanese noticed a stark contrast between the relatively calm Japanese media and foreign press... A team of citizen journalists had assembled and were disseminating information that was not only factually correct but balanced and peer-reviewed. A far cry from the exaggerated coverage by many professional journalists and in some cases reporting that bordered on the unethical."

Canadian journos on the Wall of Shame

The most notable response is the JPQuake Journalist Wall of Shame, which cites specific reports and journalists for their errors, ranging from 1 ("probably unintentional") to 10 ("hysterical fear-mongering along with racial/cultural/political bias").

The Wall is growing daily, and Canadian media are prominently featured. A CBC News report gets an 8 (no fact checking); David Gutnick, reporting for CBC Radio's The Current, scores a 10. So does The Globe and Mail's Mark McKinnon. Rosie DiManno of The Star gets five mentions, including two 10's.

Some Canadian journalists are keenly aware of the problems of covering such stories. Writing in J-Source, Claude Adams writes: "Disaster coverage on this scale is all ego for large organizations. It's ego on steroids. Stories like Japan offer almost no opportunity for original, enterprise reporting."

In another J-Source article, Patricia Elliott wrote on March 15: "Some observers may be disturbed by how quickly Canadian and U.S. outlets have constructed a moral narrative of the polite and proper way to react in a disaster -- form a queue and follow orders -- with the words 'unlike some other people' hanging in the air unspoken."

Media ignorance about nuclear reactors may be understandable, but ignorance about a major advanced industrial nation is hard to forgive. Some media organizations are trying to educate journalists about the essentials of getting around Japan and making sense of what they see. An excellent example is Yoichi Shimatsu's Advice for Reporting on Quake and Tsunami in Japan. Shimatsu, an environmental reporter covers everything from dealing with bureaucratic "silence and half-truths" to wearing a hard hat.

If all we want is an exciting bedtime story, such advice doesn't matter. We can enjoy the scary stuff about the Fukushima 50 risking their lives to prevent a meltdown, and the heartwarming stuff about a grandma and her grandson rescued after nine days in the rubble. Then we can go on to another bedtime story about Libya or the next earthquake.

But if we want to be informed proprietors of a functioning democracy, we need accurate, objective information that will help us judge our current policies and devise new ones if necessary. Fukushima raises loud questions about nuclear energy and quiet questions about our appetite for energy itself. A few observers are raising such questions, but we won’t find any answers if we prefer thrills to news.