In recent weeks, a political consensus has begun to emerge on the benefits of removing restrictions on foreign ownership in the telecommunications sector. Implementing such reforms faces at least one major political stumbling block that is only tangentially related -- the spillover effect onto the broadcasting sector. 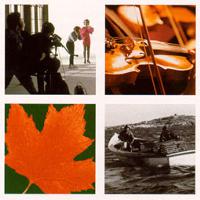 No Tory Defence for Artistic Merit

As Canadian telecom operators, broadcasters and broadcast distributors become single entities -- Rogers combined with City-TV, Quebecor's ownership of Videotron, Sun Media and Groupe TVA, Shaw having purchased Canwest Global, as well as Bell in the process of merging with CTVglobemedia -- the biggest hurdle may well be fears about the cultural impact of opening up telecom companies to foreign buyers.

Not much enthusiasm for Canada

The Canadian Radio-television and Telecommunications Commission's active involvement in setting Canadian content requirements is a direct result of Canadian-owned broadcasters regularly seeking to limit the amount of Canadian content they are required to broadcast. Producing original Canadian content is simply more expensive than licensing foreign (largely U.S.) content. These fiscal realities -- and the regulations that have arisen as a response -- remain true regardless of the nationality of the broadcaster.

Foreign-owned businesses face Canadian-specific regulations all the time -- provincial regulations, tax laws, environmental rules or financial reporting -- and there is little evidence that Canadian businesses are more likely to comply with the law than foreign operators.

Cultural businesses may raise particular sensitivities, but broadcasters that are dependent upon licensing from a national regulator can ill-afford to put that license at risk by violating its terms or national law.

In fact, a review of other developed countries reveals that many have eliminated foreign ownership restrictions in their broadcasting sector but retain local content requirements. For example, Australia has no foreign ownership restrictions on broadcasters (Canwest was once the majority owner of one of its television networks), yet employs a wide range of local content requirements.