Last week, public concern with Internet bandwidth caps hit a fever pitch as hundreds of thousands of Canadians signed petitions against Internet provider practices of "metering" Internet use. The government responded with a commitment to order the Canadian Radio-television and Telecommunications Commission to revisit the issue. Hours later, the CRTC announced that it would delay implementation of the decision by 60 days and review it with fresh eyes and an open mind. 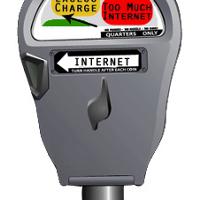 While addressing the CRTC decision is a good start, Canadians will be disappointed -- some even surprised -- to learn that the Internet caps are unlikely to disappear from their bills anytime soon. The CRTC usage based billing (UBB) case involves the narrow question of whether large providers such as Bell can impose UBB rates on small providers. Even if Bell is blocked from doing so, this would still only address a tiny segment of the marketplace.

As virtually every Canadian Internet user knows, the Canadian market is almost uniformly subject to bandwidth caps. The Organization for Economic Co-operation and Development reports that Canada stands virtually alone with near universal use of caps and our cap rates are set lower than those elsewhere. For example, while U.S. giant Comcast has a 250 GB cap, some Canadian providers have caps as small as 2 GB per month.

The caps are already having a consumer impact as Bell admits that about 10 per cent of its subscribers exceed their monthly cap, a figure that is sure to increase over time. Moreover, the effect extends far beyond consumers paying more for Internet access. There is a real negative effect on the Canadian digital economy, harming innovation and keeping new business models out of the country.

The widespread use of bandwidth caps in Canada is a function of a highly concentrated market where a handful of ISPs control so much of the market that they can impose wildly unpopular measures without much fear of losing customers.

Addressing the bandwidth cap concern involves far more than reversing the UBB decision, however. There are many steps that could be taken, but it largely boils down to two main strategies -- taking concrete steps to increase competition so that bandwidth-capped service becomes one of several models available to consumers, and preventing the current dominant ISPs from abusing their position.

Fostering greater competition should include opening the Canadian market to greater competition by removing foreign investment barriers, particularly for wireless broadband services that play a key part of the forthcoming spectrum auction. It would also involve working with provinces and municipalities to develop community-based broadband networks that are not reliant on the dominant ISPs as well as working with Canarie, Canada's research and education high speed network provider, to link local communities and offer alternatives to the dominant providers.

Measures to spur greater competition is essential, but it will realistically take several years before new competitors can make their mark on the market. In the meantime, it is also crucial to addressing the potential for abuse.

The Competition Bureau has not been active on this issue, despite the potential for serious anti-competitive behaviour as the dominant ISPs could use their position to favour their own content or create economic incentives that favour services such as their own video-on-demand over Internet-based alternatives. The bureau should aggressively investigate abusive behaviour as well as questionable marketing tactics.

Where usage-based billing is implemented, there should be measures to ensure that it is not used for anti-competitive purposes and the CRTC should be more aggressive in auditing ISPs over their Internet traffic management practices to know whether current throttling practices are needed or deployed largely to harm competitors.

While there is great anger with the CRTC and the dominant ISPs, we should recognize that the current market is a product of years of regulatory neglect and policy choices that created one of the most converged communications markets in the world. We are now paying the price for those choices and it will take a concerted policy effort to put us back on course.