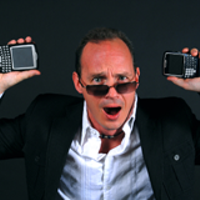 I'm polling for a name. Maybe we should call it literary performance art? Or perhaps it's crowd-sourced literature? Digital improv? Theatre-in-the-rough? How about literature on the hoof?

This theory crystallized after a colleague pointed me to the page of a former ballerina-turned-actor, 35-ish, who I recalled vaguely from my own former life as a dance critic. Susan (let's call her that) was doing a stage show regaling us with the sort of neurotic personal tales that have become the gold standard in entertainment ever since Oprah ushered in the Confessional Age.

Before we even get to the show, we can see Susan's whole story laid out in gross detail on her FB page and her website. It's fleshed out with the status updates of her ex-husband (a former dancer), her new love (an actor) and his ex-wife (another actor) who also keeps a blog, and is a Twitterer. (I'm tempted to say Twit, but that would be harsh. And when it comes to social media, research says one should never be harsh.)

Reading their life story in scattered posts feels exactly like reading Lawrence Durrell's Alexandria Quartet. The landmark 1957 novel about modern love was told in four books written from different characters' points of view against the backdrop of inter-war Egypt. Incidents we glimpse in the first novel, Justine, aren't fully realized until we see the observations of characters in the subsequent stories. Readers are asked to construct the whole picture by collecting puzzle pieces sprinkled throughout four narratives.

Of course Susan and her circle are more of a satire, as their banal posts give us a hilarious glimpse of early 21st century life. But the online confessions offer just the sort of raw clay that fiction writers love to lay hands on. Let me quote from her bio: "I'm madly in love! I'm free!" Many friends click the thumbs-up "Like" button.

It's Bridget Jones with a geek chorus.

Apparently poor Susan was in a constricting and loveless marriage for about a dozen years. Desperately eager to please, she lingered in matrimony longer than she would have liked as cynical former employers used their coupledom as a marketing tool.

I wondered about the impact these e-revelations were having on her ex-husband, so I checked his FB page: he's left the country. (Coincidence?) His character development -- yes, I've begun to think of them all as characters -- is in the form of photos. The once lean ballet dancer is buffed up in the manner of a Hollywood action hero as he too tries his foot at acting.

Her FB page linked me to her new fiancé -- he's her "soul mate," of course -- and he confirms her recollections of their romantic meeting while auditioning for a pickle commercial. He reveals they are now running their very own theatre company.

Do I sense a reality TV show coming on?

As I leapt from link to link, and found websites, blogs and Twitter feeds, I found the ex-wife is less than enthusiastic about the change of partners. Oh, hold on, that's last year. (That's another problem with the Internet: it's forever.)

After a few more clickety-clicks I see that today she too is an auteur. She's doing a show about her own life and it stars her ex-husband and his new love playing themselves in what I guess could be called theatre a clef. Although I suppose no one needs the clef anymore.

Players in theatre of our own making

After reviewing this literature-in-the-raw I asked an actor pal, who knows every micro-celeb in the Canadian theatre world, if their online exhibitionism was a publicity stunt.

"Is that still going on?" he asked, indicating I'd come late to this bit of social media improv. "I can't watch that self-involved oversharing. With all the gushing about how they're soul mates, you just know they'll be tearing each other apart in a couple of years."

"But he taught her the true meaning of love," I deadpanned.

And then we were off: discussing them as if they were characters in a play.

We debated motive, intention and just how far their postings separated them from the image most professional artists convey. We wondered why Facebook and Twitter turn everyone into adolescents: navel-gazing, needy, and ridiculous.

Like it or not -- and I don't like it -- I have to admit that the Facebook follies can do what the best literature does: present a narrative that makes us think about the nature of life.

Before you point out that actors are by definition narcissists (a tempting argument), this crowd-sourced-theatre is acted out all over the web. We see it in the stories of spurned wives who learn of the husband's second spouse on his Facebook page. Or the landlord who sued a tenant for complaining about a moldy abode via Twitter. (The suit was dismissed.)

And those are just the stories old media pick up. Have a look at your own little circle. Recently I watched in fascinated horror as an old friend learned of her partner's betrayal via his Facebook photos. A snapshot of him kissing his new love was accompanied by a Greek chorus of her friends marveling over this (apparently epic) love story -- sentiments they expressed in Celine Dion lyrics punctuated with little hearts.

Now the folks dismissing social media as mere gossip probably don't appreciate the full meaning of the term. Communications theorists tell us gossip is integral to social bonding, which is why we all do it at the amateur level. (At the professional level we call it news.)

Gossip only gets a bad rap because women are assumed to be the ones doing it -- at least according to men. As anthropologist Deborah Tannen notes, men refer to their own gossiping as "solving the world's problems" or phrases like that.

But it was Mississipi author Eudora Welty who made this astute observation: "When people talk about the details of people's lives it is gossip; when they write about them, it is literature."

She died in 2001, but I bet the queen of Southern Gothic lit would have loved the structure Facebook et al give gossip and the way the web records that research material for authors preoccupied with perspective and the nature of truth.

Which is what I told my actor pal when I explained why I was taking screenshots of the literature-in-the-raw stylings of The Ballerina and The Cornichon.

"Writers: you're all cannibals," he muttered.

Maybe. But I know a reality TV show when I see one and a producer who pays a finder's fee.

Meanwhile I'm appreciating the way the web has corralled all that naked art. As Jane Austen phrased it, "For what do we live, but to make sport for our neighbours and laugh at them in our turn?"

Jane isn't always right. She also offered this view: "Business, you know, may bring you money, but friendship hardly ever does."