Google has grown to become the world's leading Internet company based largely on accurate search results, yet its financial success owes much to tiny advertisements that are posted as sponsored links alongside the "organic" search results. The determination of which sponsored links appear on a Google search result page comes from a keyword advertising system in which marketers bid on specific words. 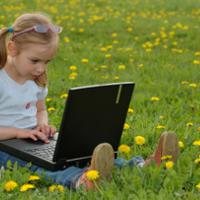 The New School of Google

The marketer willing to pay the most for a particular word has their ad appear as the top sponsored link. Whenever a user clicks on the sponsored link, the marketer pays Google the bid amount. Each click may only cost a few pennies, but with millions of clicks every day, the keyword advertising business is a multi-billion dollar business for Google and has been emulated by competitors such as Yahoo and Microsoft.

Keyword advertising has been a huge commercial success fueling many ad-supported websites, but it has not been without legal controversy. The practice has generated a steady stream of cases addressing whether the use of a competitor's keyword raise potential trademark or misleading advertising issues. For example, is Coca-Cola permitted to bid on the Pepsi keyword so that when an Internet user searches for Pepsi they are presented with a sponsored link for Coke?

The issue has been litigated in other countries, but late last month a B.C. court provided the Canadian perspective for the first time.

The agency applied to the court for an order blocking VCC from engaging in misleading advertising. The claim arose from keyword advertisements on Google and Yahoo in which VCC purchased the keywords of competitors.

VCC was an aggressive Internet advertiser, having entered bids on more than 7,000 keywords. The court was presented with considerable evidence that VCC regularly purchased keywords of competitor institutions so that searches using terms of those institutions would generate VCC as the lead sponsored link.

The agency began to receive complaints from competitors over the VCC practice and even fielded a claim from one student who said she had mistakenly registered for a course at VCC after searching for Vancouver Community College, though oddly the registration came after a 90-minute in-person interview and the completion of an admissions test.

At the heart of the case was whether VCC had engaged in deceptive practices. VCC argued that its Internet advertising strategy is essentially a modern day version of the common marketing practice of a company placing its advertisement in close proximity to a competitor's advertisement.

The court sided with VCC, concluding that its use of competitor names in its keyword advertising strategy was unlikely to deceive potential students.

The judge noted. "where a student erroneously chooses to examine a VCC Inc. 'sponsored link' website instead of the website of the institution they originally wanted, I am satisfied the information readily available on the various VCC Inc. websites is more than adequate to inform the student that they are examining a VCC Inc. institution and not the one they were initially searching for."

Given the importance of keyword advertising to the financial success of companies such as Google and Yahoo, the case is an important win for legitimizing increasingly common Internet advertising practices and serves as a reminder to Internet users that they should pay attention when they click.