Negotiations on the Anti-Counterfeiting Trade Agreement (ACTA) resume today in Wellington, New Zealand, with Canada, the United States, the European Union, and a handful of other countries launching the eighth round of talks. While even the most optimistic ACTA supporters do not expect to conclude an agreement before the end of the year, the next five days may prove to be a pivotal point in the negotiations since over the past several weeks, there have been two major leaks that could dramatically alter the still-secret discussions. 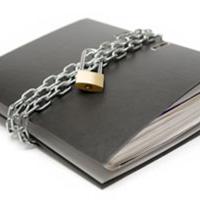 The first leak was an internal Dutch government document chronicling the positions of each ACTA participant on treaty transparency. The level of ACTA secrecy is highly unusual for an agreement focused on intellectual property issues, leading to a steady stream of parliamentary resolutions and political demands for transparency coming from around the globe.

US insists on keeping treaty secret

The standard response to transparency criticisms from many governments (including Canada) was to claim that they favoured releasing the ACTA text to the public, but that other unnamed countries did not. Since there was no consensus, the text could not be released.

The Dutch leak succeeded in blowing the issue wide open by identifying precisely which countries posed barriers to transparency. The document identified the U.S., Singapore, South Korea, and a trio of European countries as the remaining holdouts. Once publicly identified, the European countries quickly reversed their positions. The E.U. now unanimously supports the releasing of the text alongside Canada, Australia, New Zealand, Japan, and Switzerland. With the outing of the transparency issue, it will fall to the U.S., which is widely viewed as the critical stumbling block, to justify its insistence on keeping the treaty secret.

Maintaining support for secrecy also faces a second pressure point -- the second major leak was a copy of the draft agreement itself. In other words, while countries maintain official positions of treaty secrecy, a draft is readily available for anyone with Internet access. Because the text has not been officially released, however, government officials have refused to comment on substantive provisions revealed by the leaked document.

Identifying the opposition to transparency may have been welcome news, but the availability of the leaked text was more bittersweet. On the one hand, ACTA watchers were grateful for the opportunity to see first-hand what has been discussed behind closed doors for the past three years.

Three strikes and you're out?

On the other, the text confirmed many fears about the substance of ACTA. If adopted in its current form, the treaty would have a significant impact on the Internet, leading some countries to adopt three-strikes-and-you're-out policies that terminate subscriber access due to infringement allegations, increasing legal protection for digital locks, mandating new injunction powers, implementing statutory damages provisions worldwide, and engaging in widespread data sharing across national borders.

Moreover, ACTA may live as an institution that potentially replaces some of the responsibilities currently performed by the United Nations' World Intellectual Property Organization. Canada drafted the institutional chapter, which envisions an oversight council, secretariat, dispute resolution, and technical assistance to developing countries.

While some countries insist ACTA will not change their domestic laws, the leaked text suggests that this is very unlikely since there remains considerable disagreement on some provisions. In fact, the New Zealand round of talks may mark the first time countries seriously begin to bargain on key provisions, setting up a week that may go a long way to determine the future scope of the treaty.