Each April, the United States issues the Special 301 Report, which examines the intellectual property laws of its main trading partners. For the past 15 years, Canada has been included on the watch list of countries the U.S. believes need reform. 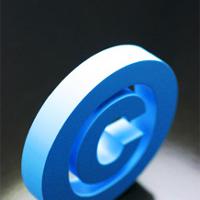 Will Copyright Bill Be Obsolete on Arrival?

As the U.S. prepares its 2010 edition, for the first time it invited the public to provide their comments on the process and the link between intellectual property and trade policy. Among the hundreds of submissions, one from the Computer and Communications Industry Association stands out as critically important to Canada.

The CCIA represents a who's who of the technology business world, with a membership roster that includes Microsoft, Google, T-Mobile, Fujitsu, AMD, eBay, Intuit, Oracle, and Yahoo. While critics of Canadian policy might expect these business heavyweights to chime in with their own criticisms, they took the opposite approach.

Rather than building on the tired narrative that the current law is an embarrassment, the message from the technology world was that Canada is actually doing just fine. The CCIA warned that including Canada on the list of countries that need reforms undermines the credibility of the process, adding, "Canada's current copyright law and practice clearly satisfy the statutory 'adequate and effective' standard. Indeed, in a number respects, Canada's laws are more protective of creators than those of the United States."

The CCIA based its conclusion on four main criteria. First, it challenged claims that Canada's delayed implementation of the World Intellectual Property Organization's Internet treaties are grounds for inclusion on the list, stating there is "no basis for USTR to conclude that any country does not provide adequate and effective protection based on non-ratification of any treaty."

Moreover, given that the majority of the world has yet to ratify the treaties, the CCIA noted that watch-listing one nation for non-ratification would seem to require watch-listing everyone that finds themselves in the same position.

Second, it disputed the oft-repeated claim that the absence of legal protection for digital locks -- known as anti-circumvention legislation -- should be the basis for watch-list placement. In fact, the very companies that are called upon to develop products compliant with digital lock systems argue that "neither Canada nor any other country is required to implement any particular means of preventing copying, and most assuredly not a right once removed from copying: circumventing a technological lock."

Third, the CCIA challenged claims that the Canadian approach to Internet provider liability for alleged infringements of their subscribers is sub-standard when compared to the United States. The Canadian approach is described as "thoughtful" and "potentially superior" and the submission maintains that using the Special 301 process to pressure other countries to adhere to U.S. standards is inappropriate, emphatically stating that the process "is not a vehicle to remake the world in the image of the U.S. Digital Millennium Copyright Act."

Fourth, it reminded officials that Canadian copyright law is more protective of creators than the U.S. in some respects, including the existence of moral rights and the limitations of fair dealing when compared to the U.S. fair use provision.

The defence is precisely the kind of response that Canadian officials should be making when confronted with unfounded claims denigrating the state of Canadian copyright law.

That the world's leading technology companies are speaking out on this issue should send a strong signal to Industry Minister Tony Clement and Canadian Heritage Minister James Moore about how Canadian law is actually viewed by leading companies that sit at the heart of a Canadian digital strategy.