"Whenever we take away the liberties of those we hate, we are opening the way to loss of liberty for those we love." -- Wendell Willkie 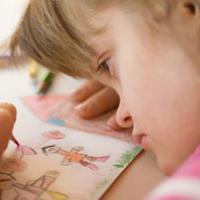 In BC, Suffer the Children

Civil liberties are never in question unless they are exercised in a way that the majority of the population disagrees with -- and that's when they need to be defended.

That became evident Friday, when anti-Olympics protesters in Victoria succeeded in blocking a small portion of the Olympic torch run.

Predictably, the media focused not on why 200 protesters occupied an intersection to voice their opposition but on the torchbearers who were unfairly deprived of their opportunity to run the flame.

More predictably, media featured a young man with cerebral palsy who could not take his turn. Fortunately he later got his chance in Nanaimo.

I strongly disagree with disrupting the torch run or preventing volunteers from their chance of a lifetime to carry the Olympic flame in their own home town. It discredits any legitimate protest goals.

I believe police could and should have arrested anyone breaking the law.

But I also strongly believe protesters have the right to exercise civil disobedience -- if they are willing to face the legal consequences.

That's a fundamental right in our democratic society.

It's ironic that one young man with disabilities who was wrongly deprived of his rights by a handful of protesters gets massive media attention while hundreds of vulnerable children with special needs also being wrongly deprived of their rights to treatment by the provincial government are barely a news story.

Protesters the media chose to ignore

Despite the obvious importance of their plight, the protests received next to no media coverage, with less than a dozen news stories online and none in major media.

But disrupt the Olympic torch run and watch the media fly -- there were hundreds of stories about the protesters' disruption and it dominated television coverage.

Media and protesters: get creative

So columnists can complain loudly about "anarchist knuckleheads" but the sad truth is that they get more media attention than children in need.

Protesters should have that right in a free and democratic society -- but they should find more creative means to do so without removing the rights of others to celebrate the Olympics.

And the media should give a lot more attention to funding cuts to vital programs that aren't as dramatic or easy to cover but are much more devastating to far more people's lives than either the Olympics or protests about it.