Since its modest inception in 1974, the Vancouver-based Fraser Institute has grown considerably in stature. From its early days, when its press releases were met by journalists and editors with suspicion and derision, to the present, where it enjoys status as a go-to source for every major media outlet in Canada, Fraser is a made-in-British Columbia success story. And nowhere is the influence of the Fraser Institute felt more keenly than in the pages of its hometown broadsheet, the Vancouver Sun. Historically, the Sun has turned to the think tank for copy more often than any other major newspaper in Canada and the rate has increased in the past decade. 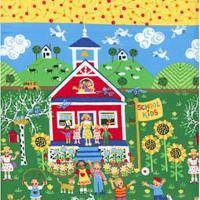 Political scientist Donald Abelson uses the term "marketplace of ideas" to describe the terrain on which think tanks like Fraser compete for influence in public opinion and public policy. Fraser founder Michael Walker would certainly appreciate the metaphor. Walker built his think tank on an unwavering belief in the free market as the mode by which social relationships can be rationalized and enriched. So committed is the institute to the ideal of liberalization of markets, that it hawks Adam Smith neckties, adorned with the father of free market economics, from its website.

Unlike many Canadian think tanks, which concentrate their efforts on trying to effect public policy at the highest levels, Fraser has chosen to wage war in the muddy trenches of public opinion. Through a barrage of press releases, lectures, magazines, even viral videos, Fraser seeks to talk, and be talked about, in media discourse about public policy.

In this endeavour, Fraser has been extraordinarily successful. Abelson has documented how the upstart think tank grew its public profile in its first two decades, and the trend has continued. Since Jan. 1, 2000, Fraser has garnered 8,321 citations in major Canadian newspapers. According to its own 2008 annual report, the institute received just over 7,200 mentions worldwide, in all media, last year alone.

Among Canadian think tanks, Fraser consistently punches above its weight. By almost any measure of exposure, Fraser has eclipsed even the venerable Conference Board of Canada, which enjoys budget and staff more than twice that of Fraser.

Giving editors what they want

At least part of the institute's success in getting the message out owes to its shrewdness in crafting ready-made media content that is easily incorporated into news and editorial items. Case in point is Tax Freedom Day, an "event" torn from the playbook of the Tax Foundation, an American think tank. Tax Freedom Day marks the date at which, according to Fraser interpretation, average Canadians begin "working for themselves," having finally paid off their annual tax burden.

The veracity of the numbers and interpretation aside, this orchestrated "holiday" has been a reliable fount of media attention for almost 30 years. This year, the day fell on June 6, and every major newspaper in Canada, except the Globe and Mail, gave coverage. In most instances, Fraser was the sole source referenced in the stories. Some, like the feature in the Winnipeg Free Press, even provided a link to the "Tax Freedom calculator" on the institute's website.

Biggest play in the Sun

If the numbers show that Fraser is consistently successful in getting media placement for its agenda across the country, and to an increasing extent, around the world, this is especially true in the case of the Vancouver Sun. Since Jan.1, 2004, the Sun has cited the Fraser Institute in 601 separate items. By contrast, the Toronto Star cited Fraser 169 times during the same period, and the Montreal Gazette 232 times.

The character of these mentions varies widely. They range from guest editorials by Fraser staff, to statistical attribution of data from Fraser research. Sometimes they are critical, and sometimes they are balanced with contrasting perspectives, often from Fraser's perceived antipode, the left-wing Canadian Centre for Policy Alternatives. While current data is unavailable, research published in 2000 showed that the Sun cited Fraser 2.4 times for every one mention of CCPA.

Fraser has approximated the success of its Tax Freedom Day campaign with similar localized campaigns across Canada, but nowhere with greater success than on the West Coast. An example is the "report card" of B.C. schools that Fraser publishes annually. The report card measures every school in the province on various criteria and ranks them accordingly for public consumption. Fraser promotes the report card as a source of reliable data upon which parents can make informed choices regarding their children's education. The report is always controversial -- it's officially opposed by the British Columbia Teachers' Federation -- but every year, the Sun makes the report front page news.

The report cards are obviously golden copy to the Sun. This year, the paper ran advance teasers for the report cards for days before they actually appeared, and spun several features from the theme. Recently, Fraser has begun releasing similar report cards for B.C. hospitals. In both cases, the appeal of the reports to editors is clear: they provide ready-made news copy that is very popular with readers.

While straight-to-press copy like the report cards represent a significant amount of the Fraser material that appears in the Sun, it also has a consistent presence on the paper's editorial page. The Sun's senior editor for the editorial pages is Fazil Mihlar, former director of regulatory studies at the Fraser Institute. His own opinions are featured regularly on Monday mornings. Barbara Yaffe, a senior columnist at the Sun, turns often to Fraser for supportive data and argument. Since Jan. 1, 2000, Yaffe has cited Fraser in her column 39 times. Don Cayo turns to Fraser just as often, having cited Fraser 35 times since April 1, 2001.

Abelson suggests that simple geography is one factor to explain the frequency with which the Sun references the Fraser Institute. Fraser is an undeniably home-grown phenomenon. They host lectures, seminars and workshops in Vancouver, and manage to attract speakers with great star power. But locality fails to explain the strikingly disproportionate exposure Fraser enjoys in the Sun, relative to other traditional sources of expert research and opinion.

Consider the University of British Columbia. It's one of the largest universities in Canada, with an endowment of over $1 billion, a faculty and research staff of 4,669, and a 2008 enrolment of 7,331 full-time graduate students. The breadth and depth of research and interpretation produced by UBC is staggering, and by the numbers at least, it dwarfs the Fraser Institute. Yet in the pages of the Sun, the disparities between the two institutions are not reflected proportionately. Since Jan. 1, 2004, UBC has been mentioned 1,034 times in the Vancouver Sun. During the same period, the Fraser Institute received 601 mentions. It's hardly the gap you would expect.

So if it's not a simple case of hometown bias, how to explain the extraordinary presence of Fraser Institute data and perspective in Vancouver Sun content? Some might advise: follow the money. In 1998, the paper was sold by long-time owners, the Southam family, to Conrad Black's Hollinger Inc. Black is a long-time supporter of the Fraser Institute, having once personally endowed it with $99,000 for a building fund.

Black subsequently sold the paper to Canwest Global, then headed by the late Izzy Asper, himself an enthusiastic supporter of Fraser. During Asper's tenure, Fazil Mihlar was made a senior editor at the Sun. After his death, Izzy Asper was succeeded by his son, Leonard Asper. His brother David, a former Fraser Institute trustee, is Canwest's executive vice president.

From the outside, it is difficult, maybe impossible, to divine whether or how ownership might exert influence in a newsroom. But it's not a stretch to think that the Canwest leadership's affinity for the Fraser Institute agenda has crept into the pages of the Sun. As a corollary, there has been an increase in Fraser citations at other papers, including the Calgary Herald, since their acquisition by Canwest.

Ultimately, the Fraser Institute deserves much of the credit for its own success in penetrating the Sun. The institute is a factory of numbers and words, issuing press releases and reports almost daily. They craft their documents to make them easy for editors to accommodate. They know how to create events. And if the current state of media ownership in Vancouver gives them extraordinary editorial access, they exploit the benefit shrewdly and subtly. Their competitors in the marketplace of ideas can only look on in envy.