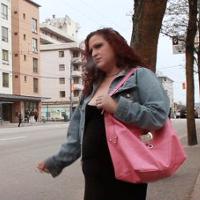 When the Nishiyuu Walkers arrived in Ottawa on March 25, 2013, 68 days and 1,600 kilometres from the start of their journey, they were fulfilling a time-honoured Cree tradition of walking. It is not a small thing this tradition. For thousands of years, the Cree, and other First Nations, have walked, paddled, or, in the west, rode vast distances. That act of motion was, in its essence, the balance of tradition and necessity combined in a way of existence that was sustainable and life-affirming.

The "Original Seven," as they became known -- David Kawapit, 18; Geordie Rupert, 21; Raymond (Bajoo) Kawapit, 20; Stanley George Jr., 17; Travis George, 17; Jordon Masty, 19, and Johnny Abraham, 19 -- were following in that ancestral movement. Guided by 46-year-old Isaac Kapawit, the "white wizard", they faced an arduous challenge and met it head on. Their example captivated tens of thousands, primarily through social media, Facebook and Twitter, who followed the journey from its beginning on a frigid, January 16th day in northern James Bay. But more than this, the walk was an affirmation from Indigenous youth, at first young men, then later young women, that they could no longer be "idle."

Towards a new vista

Bruce Chatwin once wrote that "travel does not merely broaden the mind. It makes the mind." There is no better example than the Nishiyuu Walkers. By the end of the trek, and a trek it was, more than 270 Indigenous youth had joined. They were called by a simple message of hope and unity and by the example of walking with a goal in kind. It was giving the youth purpose. It was giving the youth a sense of their collective power.

There was likely not a single one of those nearly 300 youth who had not witnessed, or felt first-hand, the debilitating effects of reserve life: boredom, dysfunction, isolation, addiction, abuse, or suicide. These are all too prevalent in the sedentary enclosures that we call the 'reserve' and that affect so many northern communities. Added to this is the loss of knowledge of how to live off the land, the boom and bust cycles of mining and its despoliation, and the fact that there is simply "no where to go." Take all this under consideration and perhaps one can begin to grasp the essential relevance of the Nishiyuu Walk.

The Nishiyuu Walk was every bit as evocative and powerful a statement as the Zapatista Walk of Silence on December 21, 2012, when 40,000 Mayans marched through the cities of the Mexican state of Chiapas without a word. They came and left in silence. Similarly with the Nishiyuu who walked south, across open country and highway, a long column inspired by the idea of the journey. David Kapawit felt the need to walk, inspired by Chief Theresa Spence's hunger fast on Victoria Island in Ottawa. By the time they arrived, the fast was long over but the idea of being 'idle no more' lived on. Spence was there to greet the walkers.

In February, hereditary Chief Beau Dick walked from Quatsino to Victoria with supporters for a copper-shaming ceremony on the steps of the legislature. In the wake of the Nishiyuu journey, there are now walkers on the move from Saskatchewan and Manitoba, heading to Ottawa. There will be others.

We are witnessing youth in motion. And in the simple act of walking they are doing much. They are moving away from colonial confines, from their own fears, from their own insecurities. It is a move away from the reserve, both metaphorically and physically. In each step, there is a new vista offering a better future.

The most difficult transition now for the Original Seven Nishiyuu walkers and for all who joined them is adjusting to being back home. Back to normalcy. It will not be an easy transition for they who have felt power.

It is the power of walking. The restlessness that does not abate. They are like the deer in Scott Momaday's "Simile".