Valentine's Day can be an uncomfortable day for those who aren't in a relationship or who have gone through a wrenching break-up. In the past, I've considered a gathering of select single friends for an anti-Valentine's Day potluck of sour grapes and bitter herbs, sort of a secular Passover with a non-cherubic Angel of Death armed with a mock rocket launcher dangling from a light fixture over a plate of smashed, mouldy heart-shaped cookies. But why go to the trouble when the greener grass on the other side might only be astroturf? 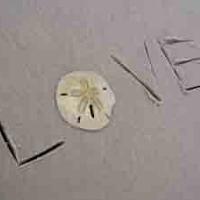 Go Ahead, Write a Love Poem

In that vein, I came across a humorous card a few days ago. On the front, it had a list of reasons to cancel Valentine's Day -- one being the glut of bad love poetry. Although I've come across my fair share of overly sentimental, clichéd, gushing, or grandiose love poems, the card inspired me to think of all the superb poetry written about the thorny realities of relationships. A meaty chunk of those might provide the perfect antidote to the day's soaring saccharine levels and romantic pretences.

Those folks in conjugal bliss might not want to consider any proverbial rain on their proverbial parade. However, there's plenty to be found. In Philip Larkin's classic, "The Whitsun Weddings," the narrator journeys by train to London, stopping at a series of small towns where boarding newlyweds are seen off by a succession of wedding parties, marked by an "uncle shouting smut," "mothers loud and fat," and "grinning and pomaded, girls/in parodies of fashion" wearing "nylon gloves and jewellery-substitutes." As the train reaches its destination, the momentum of the journey shifts, and there comes a feeling of irrevocable change, "a sense of falling, like an arrow-shower/Sent out of sight, somewhere becoming rain." After all the striving of courtship and the flurry of festivity, the initial novelty, excitement and promise will fade, inevitably replaced by the mundane.

'Sleep with the frog'

Denise Levertov's poem, "The Ache of Marriage" concisely depicts the futile yearning for true connection despite efforts on both sides. "We look for communion/and are turned away." Adrienne Rich's poem Trying to Talk with a Man" from her superb collection, Diving Into the Wreck, describes a man and woman in a desert ghost town, trying but failing to communicate. Even in the new setting, there is the same, familiar silence and tension between them. And when they do talk, the words deny the truth: "[Y]ou get up and pace the floor/talking of the danger/ as if it were not ourselves."

The poem "Cross" from The Hidden Room: Selected Poems by esteemed Canadian literary icon, P.K. Page (who passed away two years ago), describes the sorrow of witnessing a stony couple who can barely remember why they are angry with each other after a week-long battle but won't discuss it or resolve it because "neither/can come to that undemanded act of love--/kiss the sleeping princess or sleep with the frog--/and break the spell which holds them each from the other." So the couple ends up like "two on a desert island, back to back," an emotional chasm dividing them which neither is willing to bridge.

The wall of silence that can come between couples is beautifully described by Polish poet Tadeusz Rozewicz in "The Wall," as well as by Australian poet Kevin Hart in his poem "The Room," which employs the symbol of a single locked room "that turns its back on the whole house" but forms an axis around which all things turn.

A famous and well-known poem about conjugal despair is "Breakfast" (or "Déjeuner du Matin") by French poet, Jacques Prévert. In the deceptively simple poem, the narrator watches mutely as his lover drinks coffee, smokes a cigarette, and leaves without a word. The absence of affection and acknowledgement, verbal or physical, underlines the absence of any bond. Several short films based on the poem have been made with or without a reading of the poem in its original French. There's even a recording of Marlene Dietrich singing the poem.

Many more highly honed poems have been written about jealousy, infidelity and the nasty aftermath of break-ups. I've written more than a few tart or despairing ones myself. But somehow, like so many others, despite all the poems about (and experiences of) relationships that didn't work, I still possess a not so deeply buried shard of optimism that romantic love can endure in some way, although without the contrived packaging and marketing. I think of the poem "The Great Fires" by American poet, Jack Gilbert:

Love does not last, but it is different
from the passions that do not last.
Love lasts by not lasting...
...Love allows us to walk
in the sweet music of our particular heart.

Perhaps my son's earnest efforts in helping me make those Valentine's cookies and cards for his classmates softened me up during the years he was in kindergarten and Grade 1. Even if my adult heart has its scars and fractures, his kid's heart is still intact with all its particular potential for the "sweet music" of pure affection, compassion, wonder and delight, a potential that somehow has gently and gradually started to rekindle my own.