With an election looming, we will again hear a language with a superficial resemblance to English. It's our third official language, Politicanadian, and it is hard to know what's going on if we don't know what our MPs are talking about. 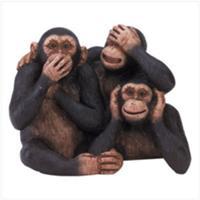 As a public service, The Tyee offers English translations of some key Politicanadian terms. If you have further translations to add, please do!

Agenda: The nefarious conspiracy that our opponents have designed to ruin the country just for the hell of it.

Belt tightening: Taking money from my enemies to give to my friends.

Class warfare: Taking money from my friends to give to our enemies.

Coalition: MPs who are not Conservatives; a majority.

Delivering real results: Getting more votes for us.

Elitist: An opponent with table manners.

Environment: Any part of Canada we can't make a buck out of.

The fact of the matter is: Here comes the lie.

Fiscally conservative: Starving people who won't vote for us anyway.

Fiscally prudent: Giving our donors what they want.

Hypothetical question: A question whose honest answer would cost me votes.

Let me be clear: Here comes the bafflegab.

Most vulnerable: Those too young or too demoralized to vote.

Nanny state: A government that does what we want it to but cruelly makes us pay for it.

Plan/scheme/conspiracy: I have a plan to make Canada better; you have a scheme to enrich your political buddies; they have a conspiracy to ruin the country.

Playing politics: Doing what politicians are elected to do.

Progressive: In favour of conserving earlier progress, not of making more progress.

Redistribution of wealth: An acceptable transfer if the redistribution is upward; downward, it's a crime against humanity.

Special interests: Anyone who won't vote for us.

Stay on message: Repeat the same buzzwords until the journalists get bored.

Sustainable: It'll last until we're out of office and on pension.

Tax cuts: Passing the costs on to the kids.

Tax and spend: Governments doing what governments are supposed to.

Tax relief: Passing the costs on to the kids.

Tough on crime: Ready to spend billions on prisons for criminals whose crimes haven't been reported.

We've been very clear: We stuck to our talking points whether they make sense or not.

PLEASE ADD YOUR OWN DEFINITIONS IN THE COMMENTS BELOW!