With my feet twisting in the mud of a frigid river, I have already lost the festive socks that were a Christmas gift from my mom. Now the river bottom is turning to quicksand beneath my bare feet. I sink slowly at first, then slip swiftly from waist-deep until the water is nearly at my neck. The water is so cold that it is crusted with ice along the shore, and I know I can't last much longer. Beside me, Roma Leon of the Katzie First Nation seems to be settling in for the long haul, her feet roiling up clouds of silt. 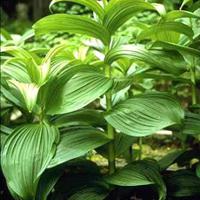 Who Owns the Healing Secrets of Plants?

We are hunting wapato -- unsuccessfully, so far. We're in an experimental test plot, and the number of wapato (pronounced WAH-pah-toe) tubers that might be hidden in the muck here is unknown. It's all part of a dawning revival of the staple foods of First Nations in B.C.

Hey, is that Sagittaria latifolia?

Many people imagine that British Columbia's First Nations were formerly hunter-gatherer cultures with a diet heavy on the berries, meat and fish. In fact, many nations also cultivated foods, especially sources of complex carbohydrates. Across the province, tubers, flower bulbs, and other starchy root crops were managed to boost production using techniques ranging from selective harvesting to burning over fields. Not only were these foods a direct source of nutrients, they were also valuable trade items for other edibles. In fact, the word "wapato" is taken from Chinook trade jargon. The tuber had different names among the province's various nations, and the plant is known to science as Sagittaria latifolia.

The scale of the harvests could be astounding. According to the best available case study, the waters around Sauvie Island, just north of Portland, Oregon, produced enough tubers in 1890 to provide at least 31,000 people with 20 per cent of the calories they needed for the year, all while maintaining healthy wetlands for waterfowl, muskrat, sturgeon and other species. In such quality habitat, an inexperienced person could harvest an estimated 350 tubers (about six pounds) in an hour.

This fall, the Katzie First Nation held their first community harvest in many decades, spearheaded by Roma Leon. "We found wapato that's 4,500 years old at the archaeological site in Maple Ridge," said Roma as we approached the Fraser Valley slough where we would go overboard in search of tubers. "Right now it's totally lost. We know maybe half a dozen places that have them. We're trying to learn how we can get more plants, get them growing better, and look after them so they can be used culturally, traditionally and spiritually."

It's no coincidence that women are leading this renewal. Much of the work of caring for and harvesting crops was traditionally a woman's role in Katzie territory, which includes the Pitt and Alouette watersheds and portions of the downriver Fraser Valley. Historically, each family had their own wapato plots to tend. A family might clear a section of river of other growth, and camp there for a month or more to harvest. The next year, the plot would be available to another family in the community.

Roma first noticed wapato plants about a dozen years ago, but took action after Terry Spurgeon, who studied wapato at Simon Fraser University, visited the Katzie to show where wapato were still growing. Many of the areas were subsequently destroyed by the placement of riprap, or rock piled along the waterfront to control erosion. Throughout the Fraser River lowlands, wapato habitat has been steadily lost as wetlands are dyked, drained, dredged, or otherwise altered. Meanwhile, table potatoes replaced wapato tubers in First Nations diets.

Fall and winter, unfortunately, are the harvest time. The Katzie men traditionally collected the tubers that floated to the surface, so it is fitting that Katzie Chief Mike Leon is looking on from the boat -- and sometimes laughing -- as Roma and I work our toes deeper in the mud. It's bloody cold work. By fall, the beautiful arrowhead-shaped foliage and white flowers of the wapato plant have died, and it takes local knowledge to locate a patch of tubers.

And then it happens. One, two, three, five -- soon nine wapato tubers rise up to bob on the surface. By the time 10 minutes have passed, though, my legs are numb and I can no longer feel my feet. I pull myself back into the boat. Roma lasts twice as long.

Back on shore, Mike warms me up with thoughts of a wapato bake. "When we baked them in the office, the smell was wonderful, and it filled the whole room," he says. His own hope, he adds, is to revive the wapato in the Katzie diet as a way to combat health problems such as diabetes and obesity.

After a drive back into Vancouver with the car's heater on full blast, I'm ready to give the wapato a taste test. The fresh tubers are about the size of new potatoes, store well, and have an odour that might best be described as funky. After half an hour in the oven, though, a sweet smell is coming from the kitchen. Roma had compared the taste to a cross between potato and corn. I'd add roasted chestnut to that description, and agree with her conclusion that wapato tastes better than a regular potato. Best of all, just a few make a filling meal -- even after the morning's hard work.

My second hunt for wild roots takes place on Victoria's windblown Cattle Point. Again, I have expert advice. Cheryl Bryce grew up harvesting camas and other traditional plant foods with her grandmother in Beacon Hill Park. Like Mike and Roma Leon with the wapato, Bryce is convinced that camas can help restore the health of her people, the Lekwungen. Over the past decade she has taken that message to local schools and universities, and has organized the first community harvests in recent memory.

You might stay dry collecting camas, but it still takes heavy effort. We dig in the gravelly soil with our hands and a traditional paddle -- a curved wooden stick that bears some resemblance to a cricket bat. Luckily, two of Cheryl's nephews are here to help.

In 2001, the Lekwungen held a feast, their first in more than half a century. "It was a whole day event, spread by word of mouth," says Bryce. More than 75 people came out, and only a handful had ever before tasted camas bulbs. "We had all kinds of our traditional food, and celebrated our ancestors. It was amazing to see people enjoying the food," she recalls. In 2005, Bryce helped organize a public camas harvest in Victoria near Camosun College. It has since turned into an annual event.

"I started realizing how important it was to share food with family and community," she says. "I wanted people to know it's indigenous to our area, it's a local food, and that there is far less of it than there used to be."

Among First Nations on southern Vancouver Island and throughout the U.S. Pacific Northwest, women traditionally cared for the camas fields. Harvested bulbs were steamed in pits between layers of plants like salal, skunk cabbage and ferns. The bulbs could also be dried, pounded into flour and mixed with other foods, such as black tree lichen.

"The longer you cook it, the better it is and the sweeter it gets," explains Sinclair Philip of the Sooke Harbour House, where camas bulbs sometimes feature on the menu. Camas bulbs, like onions, contain inulin fibres, so that they sweeten with cooking but have a minimal impact on blood sugar levels. "Pit cooking adds a smoked flavour, and is especially good if you add salal and fern. No matter what you do in the kitchen, you'll never achieve the same results as with pit cooking."

Camas are found only in the extreme coastal southwest of the province and southern Columbia Valley. There are two varieties, each with pale to dark blue, star-shaped flowers: common camas (Camassia quamash), and the great camas (Camassia Leichtlinii), which is a deep-soil variety. Then there is the meadow death-camas, a lethally poisonous plant that is easy to tell from the others when in bloom -- it has white, clustered flowers -- but has bulbs virtually identical to those of edible camas. Harvesting is recommended only when the plants are in flower.

Bringing back the meadows

Most camas in B.C. are found in Garry oak meadows, one of Canada's most endangered ecosystems. Less than five per cent of the meadows that bloomed at the start of the colonial era are intact today. One of the few protected areas is the five-acre Cowichan Garry Oak Preserve near Duncan, established in 1999 by the Nature Conservancy of Canada. In 2006, the preserve was the site of the Cowichan Tribes' first harvest since perhaps the 1930s.

"It was more symbolic than anything because we only got a few bulbs out of the ground," says the preserve's site manager Irvin Banmen. "But there were youth there, and the elders were leading it. They're hoping to incorporate camas into their diet."

Still sifting through the soil at Cattle Point, Cheryl Bryce says that anyone who lives in the area can plant camas in their yard and play a part in restoring the meadows. She notes that the flower goes to the heart even of colonial history in the province; in 1842, James Douglas, the future governor of British Columbia, picked a Lekwungen camas field as the site for Fort Victoria.

"He described Victoria as this beautiful, purple place. The management of camas made this area a nutrient-rich soil, and so appealing," says Bryce.

Bryce's nephews uncover camas bulbs and excitedly present their discoveries. Some wild onions turn up, too, and we take turns smelling them. But the last summer flowers have long since died off, and we can't be certain that our pretty white bulbs are not death camas. Giving thanks for the harvest, we place them back in the earth for spring bloom.