Even when Rome ruled the world, and Judea was one of its backwater provinces, the Romans had need of a terrible word: vanitas. 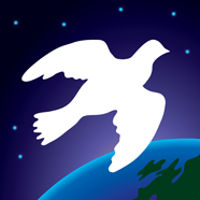 We know it today as "vanity," but to the Romans it didn't mean trivial self-admiration. It meant emptiness, an existential sense that life is futile and without meaning.

The Romans ruled their world and dragged enemy kings in chains through the streets of their capital. Their statesmen, soldiers, engineers and writers set the standards for the next 2,000 years. They fell in part because millions of barbarians swarmed into the empire for a share of its safety and prosperity. Yet they also fell because their triumphs seemed empty to them, not worth defending.

Today we still dread that emptiness. We live in a world of language, of symbolic meaning; we want to be symbols ourselves, to feel that our lives have meaning and purpose beyond the simple living of them. But in the darkness at the end of the year, all the carols and presents and chestnuts roasting on an open fire can seem like the same emptiness, the same vanitas, the Romans dreaded.

The greatest vanitas of all

Vanitas: Over seven decades of war and oppression, scores of millions died to defend or to oppose the Soviet Union. Their sacrifices were in vain. The USSR collapsed, killed by its own inner flaws. The present Russian regime of billionaires and gangsters is unlikely to last as long.

Vanitas: To combat the Soviet threat, America turned itself into the world's policeman. To justify its military spending and its strategy of nuclear genocide, it terrified its own people with Red scares and then Terrorist scares. Having legitimized communism's cultish politics as a serious alternative to capitalism, the U.S. crushed, subverted or punished Third World nations that chose (or even flirted with) that alternative. Their puppet states turned against them in Iran, Iraq and Afghanistan. Ninety years after the October Revolution, Canadians and Americans are dying in Central Asia for the sins of Josef Stalin and Woodrow Wilson.

Vanitas: After 70 years of hot and cold war, we seem as addicted to violence as the Romans watching gladiators die in the Colosseum. We entertain our children with movies and cartoons showing violence as the best means to safety, happiness and a meaningful life. First-person shooter video games are a bigger industry than Hollywood. Then, when a psychiatrist at Fort Hood opens fire on his fellow soldiers, we express shock and horror.

Vanitas: Drenched in this culture of violence, some men try to find meaning in their lives by acts of personal violence -- and pervert even that meaning by killing their own wives and children.

The greatest vanitas of all is the belief that the getting and spending of wealth, and the rule of the weak by the strong, give meaning to our lives. We build shopping malls that are true Vanity Fairs, temples of emptiness. Our children drift through them, waiting for something meaningful to happen. Nothing does. Nothing can. The Rolling Stones' I Can't Get No Satisfaction literally means: I can't get anything to make me full.

Whether in ancient Rome or modern North America, vanitas dominates rulers and ruled alike. So we turn our politics into soap opera, and amuse ourselves with the sexual embarrassments of people who have become millionaires by playing hockey or football or golf, or by playing politics in our government.

The roots of 'charity'

The Romans had another word: Caritas. It meant "costliness," but the early Christians changed its meaning to "love"-- a costly love indeed, that sets the value of a human being, any human, far above gold or power or even life itself. We have corrupted its meaning into "charity," the support of the poor in ways that keep them poor.

And we have corrupted Christmas, a celebration of caritas, into something more like a Roman holiday of gluttony and gladiators. We patronize the poor with a taste of the gluttony by briefly and sentimentally contributing to our local food banks. We cheer on the gladiators in the New Year's Day bowl games.

Christ called the Romans' bluff, just as he calls ours. We may not accept his answer, but we cannot escape his terrifying, exhilarating question: What do you mean?

Simply to ask it implies a response: That we may indeed mean something to ourselves and to others, that we can both give caritas and receive it. But if we are to love others as we love ourselves, we must first, indeed, love ourselves.

Vanitas makes us despise ourselves. It tells us we are worthless, undeserving of love, without some transient possession -- youth, beauty, wealth, power.

And that life without them is indeed vain and meaningless.