After renowned environmental scientist David Schindler died on March 4, Andrew Nikiforuk wrote a tribute to the man’s character and the sweeping legacy of his landmark research. The article is among The Tyee’s most read in the past year, and an outpouring of appreciation from readers filled its comment thread.

Now Schindler’s family and friends are extending an open invitation to attend a celebration of life held online on Friday, April 9, from 3 to 5 p.m. MDT.

Attendance is free and no registration is required. Among those who will speak are Dr. John O’Connor and David Suzuki who both worked actively with Schindler particularly on issues related to the rapid development of the oilsands.

As Nikiforuk’s tribute noted Schindler was a unique and powerful voice in science: “By the age of 50, Schindler was one of the world’s top freshwater ecologists. Politicians and bureaucrats feared him because he wielded scientific evidence the way a Samurai swung a sword. His groundbreaking research on phosphates, acid rain, climate change, UV radiation and transboundary pollutants had rattled governments in North America and Europe and driven important policy changes around the world.”

Schindler, Nikiforuk said, “was a force of nature for nature.”

First Nations especially appreciated Schindler’s defence of nature such as Chief Allan Adam of the Athabasca Chipewyan First Nation, whose territory lies downstream from the oilsands.

Because of pollution from that industry Adam’s people have stopped drinking water and eating fish from the Athabasca River. “I never had a dull moment sitting down with Dr. Schindler,” Adam says. “His mind was intriguing to me, and his way of doing things. And part of Schindler is now part of what I do. Schindler was a trail breaker.” 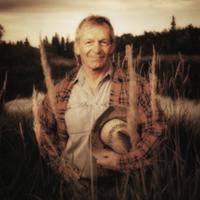 Adam is now challenging plans by the federal and Alberta government to release one trillion litres of treated waste from leaking oilsands tailing ponds into the Athabasca River. Schindler would no doubt approve — he was not afraid to engage political decision-makers on what should be done as a result of his findings.

“Schindler’s work, and that of his many collaborators,” noted Nikiforuk, “changed the daily life of Canadians.” Fittingly, the organizers have decided that during David Schindler’s celebration of life “the floor will be opened to individuals who wish to make a short statement about his contributions to their lives, science or society more broadly.”

Friends wishing to make a one-minute contribution to the memorial should directly contact the family.