Sometimes it’s the smallest things. The other day, while sitting outside in the deepening twilight, wondering what to draw, a small shape caught my eye. It was a little fallen leaf, a dusty dun-coloured thing, curled in on itself.

“OK,” I thought. “I’ll draw you little guy.” And I did, spending a few hours turning it this way and that, posing it upside down, backwards and forward, making pencil drawings, watercolour sketches, aiming to capture in the delicate traceries of its structure — stem, shape, the ragged holes that cut into it, the complexity of its cellular layer made visible by age and increasing fragility. It was just a little dead dry leaf but after looking at it for days, all of its beauty became apparent.

Small pleasures are big these days. Grand stuff — concerts, operas, art openings, cinemas jammed with people — are off the table, but in their place is a host of more intimate things. Musicians are playing shows from their living rooms, actors are performing via Zoom and art galleries have adopted carefully prescribed protocols so visitors can wander the space, communing with the installations and artwork quite alone. There is a lot of pleasure here.

But there’s another level of even simpler stuff.

When you’re depressed or struggling, one of the things you’re supposed to do is make lists of things that you’re grateful for. They needn’t be large; sometimes it’s the tiniest things that sneak their way into the bunker of bleakness and say, “Hola! Look at me.”

It’s a useful technique, forcing you to take stock of things and to pay attention in a deeper way. Over the years I’ve amassed a laundry list of stuff that makes me feel good — the smell of swimming pools, the swiveled perfection of a new lipstick, the moon in the summer night snagged in clouds, the way the smell of the city in the morning takes me viscerally back to the first day of school in Grade 6 and the whirling tilt of excitement mixed with anxiety.

I also have a profound new appreciation for a well-made bed. I’ve added that to the list.

Even before COVID-19 narrowed the world, the keenness of small pleasures was intense. But a certain level of discomfort has opened me up in a new way to the miraculous stuff of simply being alive.

The experience reminds me of a little moment from childhood, crouched under the belly of an upturned canoe and watching a rainstorm moving across Kootenay Lake, turning the water a greyish green, the clouds gone dark and ominous. There was some strange kind of thrill in watching the storm get closer until it hit, and the rains thundered down like someone whaling on a snare drum.

It’s the feeling that I remember: of being sheltered, the peculiar quality of the light coming through the overturned boat, the sand beneath my feet. Then it was over, and I crawled out and went back to my normal life of playing on the beach. But something remained.

In a period of seemingly unending bad news, it’s worth reminding oneself of those small moments when the air has a sudden clarity, newly washed and dappled with sunlight, everything looking freshly painted and shining. But to get there, you first need to weather the storm.

It’s not unlike the sensation of suffering a migraine or a bad toothache for a few days. The moment the pain finally ebbs away is like being freed from prison. The physical joy of walking around in a body that doesn’t hurt is pure bliss, for a bit. The feeling doesn’t last all that long, and soon enough one is back to bitching and complaining about all of life’s unfairness and injustice. But for a moment, there’s a new perspective. (If you want to read a particularly horrific/extraordinary example of such an experience, take a gander at this beauty.)

That’s where we’re at. I say “we” because during this troubled year, plenty of folks are taking the time, or maybe more correctly having the time, to re-examine what they want to do and re-evaluate what makes life worth living. Or, to borrow a phrase from Oliver Burkeman’s great essay in the Guardian, what enlarges them.

The number of articles from people who’ve chosen to walk away from jobs and positions they’ve had for decades is striking, but Burkeman’s work stands out for the clarity of his prose and the depth of his thought.

“The future will never provide the reassurance you seek from it,” he writes. “As the ancient Greek and Roman Stoics understood, much of our suffering arises from attempting to control what is not in our control. And the main thing we try but fail to control — the seasoned worriers among us, anyway — is the future. We want to know, from our vantage point in the present, that things will be OK later on. But we never can. (This is why it’s wrong to say we live in especially uncertain times. The future is always uncertain; it’s just that we’re currently very aware of it.)”

He goes on to say that even in the midst of such uncertainty it’s important to acknowledge when it’s time to try new things — whether that’s leaving your job, opening a bookstore or departing for parts and places unknown.

Some of the most powerful work has come about from people who are coping with the reality of disease and death.

I’m not advocating for dying but sometimes when people leave, they leave behind them a wondrous window into what really matters. It’s a curious form of comfort for those left behind. When writer and activist David Graeber passed away last week, Rebecca Solnit wrote a beautiful testimony for her comrade-in-words. 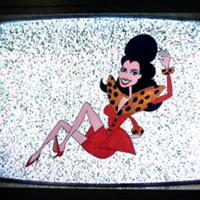 Solnit’s essay is worth reading in its entirety, but a line that she quotes from Graeber’s book The Utopia of Rules leapt out. “The ultimate, hidden truth of the world is that it is something that we make, and could just as easily make differently.” The idea dovetailed in a curious fashion with Burkeman’s thoughts on giving up a sense of control or, maybe more correctly, understanding that large parts of what we do in life is simply made up, fashioned from the ether and whatever fever dreams haunt the human imagination.

If ever there was a moment to think about doing things differently, it’s now. In the famous words of Rahm Emanuel: “You never let a serious crisis go to waste.” Maybe it’s time to reimagine the entire world.

No one ever wanted a global pandemic, and no one wants to die at the height of their powers, but shit happens. More than ever before, the unpredictability of things has become apparent. You never know what’s around the next bend, so you might as well enjoy everything that you can before it’s your time to shuffle off down the road.

Another extraordinary essay from a young man named Elliot Dallen diagnosed with terminal cancer stated it beautifully. “Life is for enjoyment. Make of it what you can.”

Dallen passed away a few hours after his final piece was published.

Which brings me back once more to small pleasures. They’re plentiful, sometimes around every corner. It just takes time and, occasionally, perceptual shifts to see them. Humble homely things don’t make a big show of themselves; sometimes you have to almost trip across them before you notice their beauty. Take delight in the things that still work, songs that come on the car radio that make you bop around in your seat, a cup of tea in the afternoon, that your legs still carry you. A little dried up leaf waiting to be noticed. 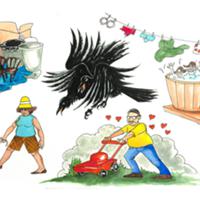 Neighbour Watching in a Pandemic

Old movies are an ongoing source of joy for me, but it’s the smaller things that I cherish in them now, not the grand arc of a drama, a love affair or big adventure. It’s more often the scenes that are off on the side, away from the main action, that I think about at night as I’m trying to fall asleep. One in particular.

In the opening moments of Hayao Miyazaki’s animated film Kiki’s Delivery Service, the title character, a young witch, has just left home to begin a year of living independently. As she sets forth, flying over the darkened landscape on her mother’s broom, she’s immediately caught in a monstrous thunderstorm. She finds shelter in a train, crawling into a boxcar filled with hay where she beds down, pulling the hay overtop of her, making a pillow from her bag, falling asleep to the clackety-clack sound of the train moving through the night.

It’s a small scene, off on its own, away from the central drama, but the very smallness is what makes it so sweet, a tiny pocket of warmth and comfort in the midst of a storm.