[Editor’s note: The following excerpt is a condensed version of “Scars” published in Joanna Streetly’s collection of essays entitled A Wild Fierce Life: Dangerous Moments from the Outer Coast, published by Caitlin Press (2017). Streetly is currently the poet laureate of Tofino, and will appear at The Vancouver Writers Fest, taking place from Oct. 15-21.]

the shell’s song deafens roaring with loss. A story of lives that should be

On my right cheek there is a fine white thread of scar tissue. Nestled among tiny veins and freckles, the scar evokes images of my father standing at the sink, face lathered in silky foam. Only three or four years old at the time, my unbroken gaze fixed on every movement of the ritual, watching foam disappear with the passing of the razor, sweep after perfect sweep. Against such whiteness, my father’s face and hands shone a deep reassuring brown. They were capable hands — hands that once saved me from a coral snake, pointed out the deep blue wings of the Mort Bleu moth, held me on the day I was born.

I remember the cold weight of the stainless steel razor and the delight of applying foam to my face. Like my father had done, I positioned the razor just so and pulled downwards from my cheekbone. Predictably, blood leaped to the blade at first contact, trickling over the surface of the foam. I dropped the razor in the sink, jumped down from the stool and ran to the kitchen for help.

Doubtless I was scolded, but I don’t remember it. I remember only colours: white, brown, red. I remember fascination: the slicing away of the white foam. I remember surprise: what had I done wrong?

Stories spring brightly from scars just as blood sprang from the wound on my cheek. Mostly, I think of scars as individual wounds, not wounds of the collective. But on the islands of Haida Gwaii, I found scars that conjured images so vivid I felt as if the stories were my own. I learned that not all scars are private; that some scars belong us all.

When I boarded the floatplane to the southern tip of Gwaii Haanas National Park Reserve, I thought I was prepared. Along with my sketchbooks, my bird book and my secret stash of chocolate, was a book of maps and names. The maps showed the individual houses of each old village site and the names of the families who had once lived in them. I hoped to bring history alive as I discovered this fabled coastline with every stroke of my paddle. I couldn’t have predicted what a terrible thing that could be.

I was there to help Gord, a kayak guide friend, with a week-long trip to SGang Gwaay Llnagaay, best known for the 19th-century village of Nan Sdins. The island is a UNESCO World Heritage Site in the southwestern part of the archipelago. My first impression was of a place that felt more remote and spacious than other places I had paddled. In the open, moss-muffled forest along our way to Nan Sdins, occasional green rectangular outlines showed where longhouses had once stood. It was curious to see history written like a language in shapes upon the forest floor.

Sitting beside one of the mossed-over rectangles, I looked up family names: Raven Moiety, Eagle Moiety, Striped Town People, Sand Town People… I tried to picture the beach alive with children playing. But there were no people in this part of Haida Gwaii. This extensive land mass was deserted. Smallpox came and life ended. Like scar tissue, moss sealed up the wounds of history — an entire population suddenly dead. It was that simple, that brutal. The 1862 smallpox epidemic began in what was then Fort Victoria and rapidly spread up the coast, littering the Inside Passage with bodies. Seagoing North Coast canoes were seen fleeing homewards, hoping — too late — to escape the disease, their occupants already stricken and putrefying. In some places the mortality rate was as high as 90 per cent. In SGang Gwaay Llnagaay, the few who survived were moved to villages in the north of the archipelago. And now there was no one. The land was not spacious, it was empty. The people had been poured away and the lonely echo was that of their lost voices.

I sat and thought about the decimation of families, the swiftness of the illness, the brutal pustules and weeping skin. Smallpox was over, but the wounds of contact still wept — visible, if you chose to see them. The epidemic might have changed, but people were still dying. Fresh in my mind was a young man’s death several years before. 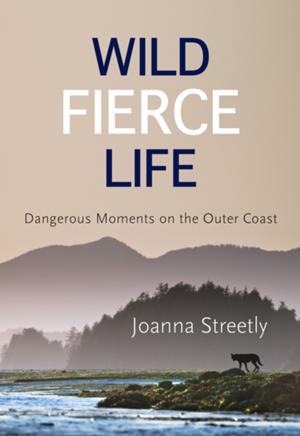 I was 19 and had lived in Canada for two years. My partner’s family mostly lived in the Tla-o-qui-aht village of Opitsaht, just across the water from Tofino. It was evening when a man came running into the family home. A birthday party was in full swing and we’d just cut the cake.

The words jolted across the room. Then he disappeared out of the door, leaving it open.

My son has hung himself.

I could almost see those words, but it still took a few seconds to grasp what they might mean. I stood up, shaking, and put one foot in front of the other. At the door, a tall man barred my way.

“Ladies should stay here,” he said, jerking his chin towards the now-silent living room. I looked over my shoulder and saw only women and children. All the men had vanished, except this one.

Outside in the mid-winter darkness, I stumbled over the grass to the next house. My breath rose in small fearful clouds as I jogged. Eventually, I pushed my way through a group of men, up the wooden stairs and into a hallway. 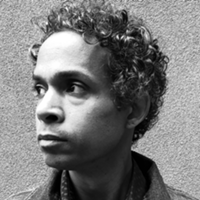 On that Question, ‘Where Are You From?’

“I can do first aid,” I said, entering the room, relieved to see my partner and his brother standing there. My partner caught my eye and shook his head. “I don’t think anyone can help him now, Joanna.” He gestured downwards to the man lying curled on the brown bedroom carpet. The cord had bitten deeply into his neck, making a groove I could fit my little finger into. I knelt to find a carotid pulse, but cold resistance travelled from my fingertips to my brain. Would I feel a pulse through this? I looked at his mouth and wondered if his last words were still caught there, and if so what they were. What if my breath blew the words away? But this once-vital person was lying outside the realm of words. In the final reckoning, action was the only language that could express his despair.

“He’s been dead for five hours,” my brother-in-law said. “You won’t find anything.”

A life ending in the ultimate act of despair, and a forest, green and thriving, seemingly at peace. It was jarring to connect these two realities. Until this moment, the fact of small-pox had been assigned to the rational portion of my brain. But now it migrated, re-seating itself among felt experiences, joining with memories of a distraught father dashing into a house, crying for help; the memory of a young man’s life, lost on a winter’s night.