This book is fascinating, surprising and disquieting, in roughly equal portions. The fascination arises from a remarkable new science making discoveries almost daily. The surprises are in discoveries that overturn what seemed like settled knowledge about humanity's evolution and spread.

And the disquiet stems from the implications. If history is written by the winners, the history in our DNA is darker and bloodier than anything imagined in Game of Thrones.

David Reich is a specialist in ancient DNA and the head of the Reich Lab at Harvard. He and his colleagues can read whole genomes in a single bone, faster and more cheaply than anyone would have thought possible in the 1990s.

The genetics of ancient-DNA analysis are complex, and Reich doesn't dumb down the technical aspects. Sometimes his explanations baffle more than enlighten. But he shows that it's a wise population that knows its ancestors: we of European descent, for example, are a recent mixture of four different peoples as unlike one another as modern Europeans are from modern East Asians.

Other surprises are coming thick and fast. Reich himself was surprised to find that modern non-African humans derive about two per cent of their ancestry from Neanderthals; we're also remote descendants of the Denisovans, a human group we didn't even know existed until 2008. The Denisovans also inter-bred with their distant cousins the Neanderthals and were among the ancestors of South Asians, New Guineans, Australians and Melanesians. And the DNA of the Australians' ancestors, Reich tells us, has also been found in Brazil's Amazon region — churning up the prehistory of the Americas and hinting at as many as four distinct migrations from Asia.

One striking result of this high-tech genealogy is the ability to predict populations whose bones we haven't found yet. One such group was the Ancient North Eurasians, whose DNA was found in both modern Europeans and Indigenous Americans. Well after that "ghost population" was identified, the 24,000-year-old bones of an Ancient North Eurasian were found in a cave near the Siberian village of Mal'ta. 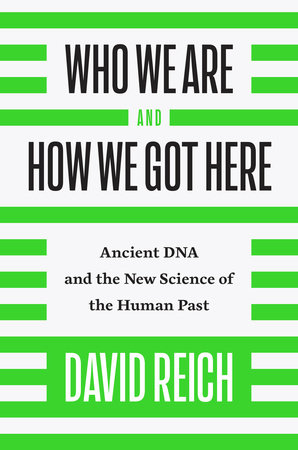 We know more about the genetic history of "West Eurasia" — Europe from the Urals to the sea — than of the rest of the world. That's because European bones are more accessible than those from Asia, Africa and the Americas.

But it's also a cultural and political problem: China won't send its bones outside the country, and Indigenous peoples of the Americas take a dim view of strangers messing with their ancestors' remains. Reich praises the wisdom of Danish DNA researcher Eske Willerslev, who has persuaded some Indigenous groups that ancestral DNA can strengthen their claims to their land.

The politics of ancient DNA can be very political indeed. Reich describes the scholarly uproar when Indian researchers were told part of the Indian genome came from Iranians and other northern peoples. Calm was restored only when the ancestral populations of India were renamed Ancient North Indians and Ancient South Indians.

Those Ancient North Indians included Europe's ancestors as well. An important group called the Yamnaya spread southeast into India and west into Europe starting about 5,000 years ago. Reich thinks they and related peoples probably lived south of the Caucasus in Iran or Armenia. They were among the first to domesticate horses and to hitch them to wheeled wagons. That technological breakthrough, plus bronze weapons, enabled them to explode from their homeland in the first great invasions by the steppe peoples.

We already know that that the Yamnaya spoke Proto-Indo-European, which changed over millennia into languages from Sanskrit to Greek and Latin to English. And their impact on Europe, the Middle East, and South Asia was immense.

Europe, Reich says, was at that point dominated by farmers in stratified societies, with women holding central positions. These were dense populations capable of organizing major projects like Stonehenge and megalithic tombs. But within a few centuries they were gone, replaced by the warlike Yamnaya.

Or, more accurately, replaced by the children of a few Yamnaya men, probably kings or chieftains who took as many captive women as they could and sired a new population with them. (The fate of the conquered men was likely death or slavery.) In India, the Yamnaya created a caste system that has endured for thousands of years.

Reich notes that some ten million Asians can trace their ancestry back to the 12th century, probably to Genghis Khan himself. Thomas Jefferson had six children by his slave Sally Hemings (who was considered black despite having three white grandparents). African-Americans have 20 per cent European DNA, almost all of it through white males. The Spanish and their diseases depopulated Latin America; the conquerors created a mestizo population with the surviving Indigenous women.

It's pointless for those of us alive today to feel guilty about our ancestors' genocidal proclivities, just as it's pointless to feel proud of their achievements. Someone invented bronze, but it wasn't us; someone tamed the first horse, but we're not horse whisperers, and none of us invented even a stone axe, let alone the wheel. We've simply inherited the world our ancestors made, just as they inherited their world from the Neanderthals and Denisovans (and likely other human cousins we haven't found yet).

Just as evolution still contends with creation myths like Genesis and Raven releasing the first men from a clam shell, ancient DNA research will conflict with plenty of other myths about the origins of humanity or its many groups. Reich and other scientists are making new discoveries so rapidly that this book will soon be obsolete.

But he has already given us the outlines of a very durable creation myth: of hominins bright enough to survive for hundreds of thousands of years, of archaic humans who flourished amid ice ages, and of modern humans who roamed vast distances under conditions few of us could have survived for a week.

Reich's creation myth has nothing to do with "progress" or steady "ascent" to some imaginary superiority giving one group the right to rule others. Instead he offers us ancestors as competent and as superstitious as ourselves, adapting to ice ages and interglacials, capable of exploring a new hemisphere and of migrating back into Siberia.

Every new discovery in ancient DNA is like adding a new fragment of coloured glass to a kaleidoscope. Turn it, and a whole new beautiful pattern emerges. But it is no more beautiful than the last pattern, and all each pattern teaches us is that we are not the purpose of the kaleidoscope - only the latest short-lived configuration. We carry ancient DNA in every cell of our bodies; Neanderthals and Denisovans look through our eyes at a world they never imagined.

And fragments of our DNA, if we are lucky, will look through our descendants' eyes at future worlds utterly unlike ours.