The Dantai leaders called a massive rally of their members to ratify the settlement. Between 3,500 and 4,000 filled the fields behind the canneries to hear rousing speeches from Yamazaki and the bosses.

Aware that several hundred of his members might sympathize with the union and hundreds more might be afraid of violence, he emphasized the authorities' promise to provide appropriate protection.

Rintaro Hayashi, who became one of the most important leaders of Dantai for the next 30 years, wrote later that "when the speeches ended and the countermeasures were announced, 3,000 Japanese gave the imperial banzai three times. They then formed a magnificent rank and paraded from one end of the Steveston fishing village to the other." Observers declared that the gathering was the largest in the town's history. The vote, by show of hands, was unanimous. The Japanese — termed the "little brown men" by the Province — then marched behind a rising sun flag to their bunkhouses, their shouts of "Banzai!" still echoing across the dykes. A counter-demonstration by union fishermen mustered only 500 to 600 men. 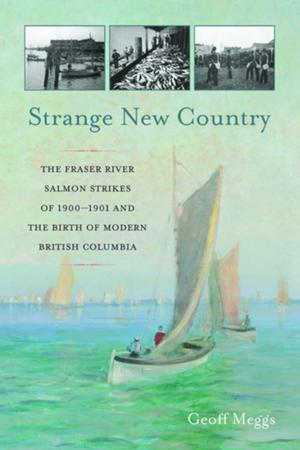 The Nikkei vote, however, was not as united as the demonstration suggested. Dissidents had already been dealt with behind the scenes through Dantai's own quasi-judicial processes, as Teiji Kobayashi, author of Dantai's history, later recalled:

The fishers' Dantai... had their own court which could impose banishments and fines. In the midst of this trouble the following was spoken against the idea of going out fishing: "We existed between life and death during the Sino-Nikkei War and managed to get through. We came all the way to this country and now don't want to enter the same kind of danger again." And using this as guidance about forty people made a similar proposal. Immediately some of their members were exiled from Steveston, and others were fined — this drew great argument. Looking back this seems excessive, but at the time it was very important to keep order and organization. If a problem had occurred at this point, though not welcome, great bloodshed — like a rain of blood — would have been unavoidable. There were many reckless daredevils on both sides, so there was no other way to stop this from going to its natural conclusion.

Now it was the BCFU's turn. In an open field behind the Steveston Opera House, more than 1,500 gathered to hear addresses from Rogers and MacLain. Rogers chaired the meeting. MacLain had rushed back from a solidarity and fundraising tour of communities around the southern Strait of Georgia, including New Westminster and Nanaimo. A key attraction was the Port Simpson Nelson's Cornet Band, which won favourable reviews at every stop.

The first speaker was E.P. Bremner, the federal mediator who had been seeking a compromise. The price proposed by the canners was their final offer, he warned, and their costs exceedingly high. The fishermen listened closely. Then it was MacLain's turn to speak, and then Burns's. This time, there was little appeal to emotion, just a careful assessment of the opposing forces. Neither dared make a recommendation.

Then the fishermen were separated from the rest and wrote their preferred settlement price — 25 cents, 22 cents or 20 cents — on a blank piece of paper. As hundreds watched, fishermen of all races and nationalities lined up to vote, dropping their ballots in a covered hat placed on a table in the open field.

"Among the loitering crowds at one side," reported the World, "was a collection of what appeared to be half the Indian population of British Columbia. They sat on the grass in the sun and talked among themselves. Their women were dressed in all the gaudy colours of the rainbow. There were all the nationalities ranging between the Indians and the whites — from the Mexican with hair hanging down his back to Chileans and Kanakas."

Four men, including First Nations fishers, acted as scrutineers; two reporters were asked to supervise the count. A total of 495 votes were in favour of 25 cents, 15 for 22 cents and 27 for 20 cents. Of the 541 ballots cast, seven were spoiled.

The cheering that erupted at the announcement of the vote "fairly woke the town." The strike would continue. MacLain and other strikers aboard the steamer Starling found few boats on the river that night. Rogers professed himself confident few would venture out at dawn, either. If they did, 1,000 white fishermen would meet them.