“We don’t think about death. People don’t like to think about it, and it’s understandable, but it leaves us very ill-prepared when it happens.”

Director Nadine Pequeneza is on the phone, explaining the importance of making — and of watching — Road to Mercy, her new documentary airing on CBC television on October 6.

The doc follows a group of people in very different situations whose one common thread is suffering, suffering with no hope for improvement. We learn about their conditions, their prognoses, and whether under the new laws in Canada they can legally get help to end their own lives.

The film gives us a glimpse into the realities — messy, complicated, and heartbreaking — of a national debate that may finally be coming to a head.

“I would encourage people to take an hour to think about this issue, because it’s something that we will all face at one time or another. And probably through the experience of a loved one first: a father, a mother, an uncle, and eventually ourselves,” Pequeneza said in a call with The Tyee. 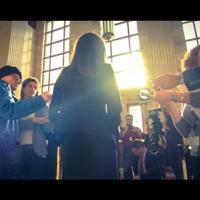 The right to die

Questions around the right to assistance in dying are not new in Canada.

In 1993, Sue Rodriguez, terminally ill from amyotrophic lateral sclerosis (ALS), also known as Lou Gehrig’s disease, challenged the criminal prohibition then in place on aiding suicide. She argued that the law violated her Charter rights. The Supreme Court ruled against her in favour of the status quo. (Rodriguez nonetheless took her own life, with medical assistance.)

While physician-assisted suicide for the terminally ill has been legal in Quebec since 2014, the federal government took longer to come around. In 2015 the Supreme Court of Canada changed its position, and ruled that barriers to assisted dying should be removed from the Criminal Code. It gave the federal government one year to enact new legislation accordingly.

Stephen Harper’s then-ruling Conservative party failed to pass new legislation before it was defeated in last October’s election — leaving the task to the newly elected Liberal majority. It responded with Bill C-14, which proposed to amend the Criminal Code by permitting medical assistance in dying to Canadians suffering a “grievous and irremediable medical condition.”

But the bill included a critical stipulation: that before a person may legally qualify for medical assistance in dying, their natural death must be “reasonably foreseeable.” The qualification was absent from the Supreme Court’s ruling, and holds significant implications for many suffering Canadians.

The additional wording drew criticism, and a suggestion from the Senate to remove it. Nonetheless, the Liberals overrode criticism and limited debate on the bill in the House of Commons to pass Bill 14 into law on June 17, 2016 with the foreseeable death clause intact.

The faces of assisted dying

“People don’t get online and start reading about presentations to parliamentary committees,” she said. “So I think generally in the population there’s a lot more discussion that needs to be had.”

Pequeneza’s documentary highlights the need for that discussion by going beyond the more familiar cases of assisted dying, to “look at the greyer areas.”

For that, she turned to Belgium, which has had some of the broadest euthanasia laws in the world since 2002, including access for those with non-terminal illnesses. One such person is Amy De Schutter, a 29-year-old Belgian woman who is the only non-Canadian seeking medical assistance in dying that Road to Mercy follows. De Schutter has struggled with mental illness for most of her life.

De Schutter’s story is shocking in part because she doesn’t meet our expectations. She doesn’t fit our mould of a person seeking euthanasia: she’s young and seems to be in generally good health, at least on the outside. And even in Belgium, one doesn’t just walk into a doctor’s office to request a prescription for death.

Pequeneza spends considerable time on the complicated process De Schutter has to go though, which includes multiple diagnoses, consultations, and a great deal of waiting, to get her permission to die — still elusive at the film’s conclusion.

Her case illuminates what’s at stake when the law requires a natural death be “reasonably foreseeable” before it will allow an assisted one. While people often worry about the ethics of allowing assisted death for individuals diagnosed with psychotic disorders like schizophrenia, Pequeneza told me, “that’s just not eligible anywhere.”

But other illnesses that may not qualify under the “foreseeable death” provision include chronic depression, dementia, other neuro-psychotic disorders or degenerative diseases that leave their victims to “live with a disability and pain for many years before the disease actually takes your life,” as Pequeneza pointed out. 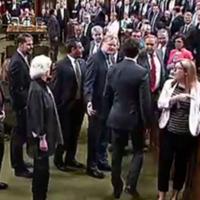 What Sparked the Parliamentary Brawl?

The legal landscape may change yet again before too long. Bill C-14 was challenged just 11 days after being passed into law.

The British Columbia Civil Liberties Association filed a notice of civil claim against the Attorney General of Canada on June 27 on behalf of Julia Lamb, a 25-year-old resident of Chilliwack, B.C., living with spinal muscular atrophy, a progressive neurodegenerative disease.

Lamb asserts that her Charter rights are being violated by being denied access to medical assistance in dying. Despite meeting the criteria laid out by the Supreme Court in its 2015 ruling, Lamb’s condition is likely to allow her to survive well into adulthood, despite increased suffering.

“All of these more complicated cases,” Pequeneza added, “I don’t think we’ve spent — as Canadians, as a society — a lot of time thinking about [them].”

So while Canada has come a long way on the path to enabling assisted dying in the last two years, the issues exposed in Road to Mercy remain as current — and compelling — as ever.

Road to Mercy will air on CBC on Thursday, October 6 at 9 p.m. as the season premiere of the documentary series Firsthand. For more information, visit the Firsthand website.