For decades, Buffy Sainte-Marie has been an artistic trailblazer. On Monday, her album Power in the Blood earned one of Canada's top music awards, the Polaris Prize. 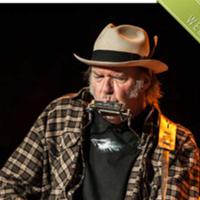 "Aboriginal music has been good for a very long time," Sainte-Marie told the Globe and Mail, "but nobody has been listening to it."

Last year, Sainte-Marie spoke with Indian Country Today Media Network from her home in Hawaii for a three-part interview about her music and activism. Find it here, here and here.

The interview been edited for clarity and length.

ICTMN: There's an immediacy to your sound that really speaks to today. But you've always had that along the way -- your last album [Running for the Drum], of course, won a Juno as well as an Aboriginal People's Choice Award. In many ways, it too was a departure from your previous work.

Buffy Sainte-Marie: The songs, as always, were very diverse. I wasn't worried about trying to make them all the same. That's always how it is for me -- I have a kind of helicopter vision of life itself. I don't think about calendars, deadlines or styles. I just play and sing whatever I dream up. Writing for me is just really, really natural. It's the same as it was when I was a little kid. I hope I'm getting better though!

A lot of people were a little bit surprised hearing me with electronic sounds, but that's because they maybe hadn't heard about me for a while -- so it might have been new to them, but it wasn't new to me. In 1965, I made the first-ever electronic quadraphonic (four-channel) vocal album, Illuminations.

You're not easily categorized, whether we're talking about genres of music -- your previous album included rock, pure folk ballads and some digital music -- or whole creative disciplines. You're a serious musician and a serious visual artist. What's the vision?

There isn't a vision. That's how life really is. It's only school that separates English from Math from History from Literature. That's false. What life is really about is everything. I just never got talked into doing it unnaturally. From my very first album, I've always written about all the different things I think are wonderful.

Have the issues changed over time, or is it still about the same root issues as in your songs, "Bury My Heart at Wounded Knee" or "Universal Soldier?" -- pacifism, the environment and Indigenous rights?

The root issue is always the same. It's about corporate greed in charge of our energy. That's the root issue. In the 1500s, it was gold and silver in Central America, and then coal, oil, and now uranium. I have a song that's on the album Power in the Blood called "The Uranium War." It has a line:

Coal and oil and hey, now uraniumKeep the Indians under your thumbPray like hell when your bad times comeGet 'em up, rip 'em up, strip 'em upGet 'em with a gun.

We've seen your tweets (@BuffySteMarie) about the oil sands -- what's your take on the situation?

Almost a year ago I went to Fort McMurray, and I was just devastated with what's going on there. Just devastated. I told everybody I could: "You've got to take this seriously." Even since I was there, other people have really stepped forward in their own ways, Neil Young in particular. It has to be everybody doing whatever they can, whenever they can, and being effective at whatever level they can be. You reach people your way. I do it my way, and Neil does it his way. But people have to see it.

If you really want to see something historic in your life, go to Fort McMurray and just bear witness to what they're doing. It's never going to return, and this is the future of the planet if the present people are allowed to stay in charge. We are allowing them to stay in charge... We have to be really vigilant and supportive of one another, because it has to stop. There's no turning back.

Neil Young toured with the First Nation near the oil sands that's experiencing high cancer rates. And yet he also caught criticism when people said, "Oh, he's just an outsider, he lives in California. What right does he have to criticize this?"

Do you ever feel nostalgic for the Sixties, when you and so many political songwriters emerged almost at once? It must have been such a different energy, because it was also a social movement as well as being about music.

It was, but I've been waiting for it to come back. And I think it has. For me, the Internet is like the Sixties. It used to be, in the Sixties, all kinds of music was available to you, but it was kept away. You had to go with this label and that genre. It really became a very narrow-minded corporate world. They'd sign 90 artists and shelve 90 others. It used to be so unfair. But now you can hear all kinds of music, and everybody can get played, publish a song, or share things on the Internet.

It's such a wonderful time that we're living in. You shouldn't discount it or think that the Sixties were better. The Sixties were about a true student movement. And now there's another true populist movement, so let's do what we can, while we can.