The political campaign autobiography is a disposable genre. 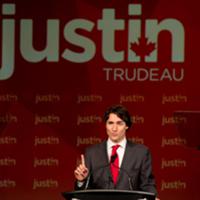 What's Next for Canada if Tories Lose Election?

Even if it's a brief bestseller, it will become obsolete after election day: the author is either out of power and of no interest, or is in power and of interest only for post-election events.

With luck, the politician may survive to write a more useful post-career memoir. It will still be self-serving, but with pension and reputation more or less secure, the author may be willing to confess some old sins and settle some old scores.

I doubt we'll ever see Stephen Harper's memoirs, since our present prime minister confesses nothing and settles his scores very rapidly indeed. Tom (not Thomas) Mulcair's memoirs are likely to be lively, but we should not expect much of his new autobiography. You won't read about Mulcair's failures or his competition, and those omissions are telling.

Even so, it's a readable introduction to a man who has already had a considerable impact on our politics -- not just as leader of the NDP since 2012, but as a Quebec public servant and provincial politician before that.

Mulcair appears to be a capable writer, no stylist but a good storyteller, and he's been well edited. Some of his stories are already familiar: growing up the second in a ten-child family, middle class but always working hard to remain so.

He's proud of his deep Quebec roots; on his mother's side he goes back to 17th-century French settlement, and his Irish ancestors arrived in the mid-19th century, among the impoverished and diseased refugees from the potato famine. He notes that the Irish received a warm welcome from the Qu&eacuteb&eacutecois, implying that modern Canada should do the same for modern migrants and refugees.

Mulcair's maternal great-great-grandfather Honoré Mercier was a Quebec premier and a founder of the provincial Liberal Party; another relative was a Conservative premier. An uncle, also a Thomas Mulcair, died in a Royal Canadian Air Force training accident during the Second World War. Mulcair spends time on such antecedents as a way of striking themes he will develop later in the book, explaining his engagement in politics in general and in modern issues in particular.

One key theme is the importance of mentors in his life: not just his father, but also a socially engaged Catholic priest who taught in his high school. "Father Cox urged us to act," Mulcair writes, "to get things done -- and it seemed to me that political action was the best way to do it for a significant number of people."

Another influential figure was Frank R. Scott, who had successfully taken the Duplessis government to court over its outrageous "Padlock Law" -- which Mulcair compares to Bill C-51. "Professor Scott's lectures were a real eye-opener in terms of right and wrong as applied to public policy," Mulcair writes.

Mulcair would go on to learn from Claude Ryan, who as a Liberal cabinet minister was Mulcair's boss in the public service, and then from Jack Layton, who recruited him -- freshly resigned from his job as Quebec Liberal environment minister -- to be his Quebec lieutenant.

By the time he joined the NDP, Mulcair had already had a considerable career in provincial politics, including a lively battle on the "No" side during the 1995 Quebec referendum. He had also spent time outside the province, getting a good sense of the rest of Canada. But he seems still rooted in Quebec, and his analysis of the subtleties of provincial politics is among the best parts of the book.

Mulcair presents himself without the warts, and is careful to credit not only his mentors but key members of his own team. When he mentions criticism against him, he sums it up fairly and shrugs it off without anxiety or defensiveness. For example, he will renounce his French co-citizenship on becoming prime minister; no big deal.

What he does not discuss is at least as interesting as what he does. While Mulcair was engaged in Quebec politics from a very young age, he mentions Pierre Trudeau only once or twice (and Justin Trudeau not at all). He has kind words for the late finance minister Jim Flaherty (as provincial politicians they played hockey against one another), and even gives Stephen Harper a guarded compliment or two over his arranging a state funeral for Jack Layton. But he says nothing about the way he gets along Harper and other Conservatives in day-to-day parliamentary business.

In his account of the coalition fiasco, he blames Michael Ignatieff for caving in to Harper but says nothing about the failure of Jack Layton to think through the implications of bringing separatist Gilles Duceppe on board the coalition -- which gave Harper's tottering government a new lease on life. Well, perhaps he'll be less discreet in his memoirs.

Mulcair spends little time listing Harper's errors or analyzing his ideology. Others have done that, almost literally ad nauseam, and Mulcair is not about to give space in his book to his key adversary.

Nor does he spend time setting out his personal vision of Canada under the New Democrats; he confines himself to predictable talking points like the $15 minimum hourly wage and affordable daycare. Like every smart politician he recalls Harold MacMillan's reason for sudden policy changes -- "Events, dear boy, events" -- and certainly knows not to commit himself to a vision that events may make impossible.*

Despite the graceful triple axels that Mulcair spins over many issues, his book offers some evidence for the kind of prime minister he might make if he actually wins on Oct. 19.

He seems likely to be a very pro-family PM, if only because his own family clearly shaped him that way. (His account of courting and marrying Catherine Pinhas is a lovely, funny slice of social history.) So expect affordable daycare to be in his first budget; but if once-housebound mums then flood into the job market, he may find unemployment rates even higher than they are now.

Also expect some help for student debt, and fresh money for post-secondary education -- issues that make Mulcair genuinely angry. An attempt at a true reconciliation with the First Nations seems certain, and we can expect a restoration of Elections Canada and a move to some kind of proportional representation for the next election.

Less likely: a practical solution to the affordable housing problem, never mind easing Canadian energy from fossil fuels to renewable energy. Mulcair could also be stuck with impossible demands entrenched by free-trade pacts like the Trans-Pacific Partnership (which may be a done deal before Oct. 19).

Any new government is highly predictable in one regard: it will announce that the just-ousted scoundrels were even worse than portrayed, and left the government destitute. This provides the pretext for breaking campaign promises, raising taxes and cutting programs, with the hope that voters will forgive and forget by the next election day. (Stephen Harper even pointed this out on page 132 of his 1991 graduate thesis).

Such destitution seems all too likely if the NDP or Liberals do take over from the Conservatives this election. Despite the Tories' information management, we know a lot about their failures; more failures must remain to be exhumed.

But very few governments ever take their predecessors to court over those failures, much less throw them in the slammer. It creates division just when the new government is trying to unify the country. If Tom Mulcair becomes our next prime minister, he will be taking enough fire from the corporate media without investigating the beaten Tories.

And while Tom Mulcair has a reputation as "Angry Tom" and a tough interrogator in question period, on the evidence of this book he is not the type to seek vengeance.