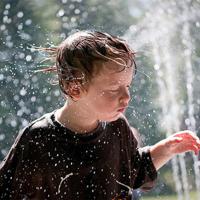 This Election's about Canada's Frighteningly Near Future

But on the heels of his Governor General award-winning novel The Back of the Turtle -- set in a coastal B.C. village devastated by a toxic spill -- neither is the 72-year-old Order of Canada recipient shying away from controversy.

He's incensed by the sweep of Conservative legislation under Prime Minister Stephen Harper, in particular last month's wide-reaching anti-terrorism bill, and earlier the slashing of waterway and environmental protections, muzzling of scientists on climate change, and gutting of Canada's research libraries.

"The pieces of legislation they brought in, to my way of thinking, have been very close to a kind of totalitarianism," he told The Tyee in a phone interview from his home in Peterborough, Ontario. "That doesn't make me feel good, and I don't think it's very -- if I dare say it -- Canadian, particularly."

Last year, The Back of the Turtle secured him the Governor General's top literary prize. The book follows Dr. Gabriel Quinn, an aboriginal scientist who works for a multinational company whose chemical spill has decimated a small coastal B.C. town. The protagonist disappears and resurfaces in his fictitious hometown, Smoke River Indian Reserve, where he confronts his complicity in the cataclysm.

Despite energy companies' safety assurances, it's a feared outcome increasingly familiar across the country as a raft of bitumen and gas pipeline proposals advance.

For King, who is of mixed Cherokee, German and Greek descent, the novel's clash of worldviews reflects many of the ethical tensions with which many Canadians grapple. But in that clash, he believes, also lies the potential for changing citizens' hearts and minds.

Interview edited for clarity and length.

The Tyee: In The Back of the Turtle you outline three different, often contrasting worldviews. One is mystical and luck-oriented, another is community-rooted, and a third view is profit-driven. How do you reconcile these with your own experience?

King: "We have a number of ways to imagine the world. One of the ways is to imagine ourselves as individuals in a world where the only thing that matters is what we can take from the world, the profit we can make, the goodies that we can accumulate. We imagine ourselves to be a universe of one, if you will. There are a great many people who live their lives that way.

"The other way is to look at the world as a community, that the important thing is the health of the community. As far as I'm concerned, I prefer the world of community. And at the same time [laughs], I live a fairly singular existence. I can't explain that, to be honest with you."

In light of these struggles that we've seen rise up in B.C., Quebec and Ontario, and with Keystone XL -- all these pipelines and tanker proposals -- what's it going to take to make that shift to that other worldview?

"The joke is that we can make that shift in a day if we wanted to. But we obviously don't. Two examples are bottled water and those little thingamajiggies of coffee you put into those machines. Those two things really don't have any place within the world as far as I'm concerned. We don't need bottled water; it's a luxury.

"We don't because we don't want to. We like our conveniences. We've got ourselves tied in to the idea that the newest convenience we can have is always a good idea. We don't stop to think just how bad an idea it is. And then when someone says that it is, we say, 'Oh yeah, it is a bad idea,' we do nothing about it."

Tom, we've got the federal election coming up in October. You've run before for the New Democrats. Are you considering again this year?

"No, I'm 72, my health is a bit iffy and I discovered running the first time that politics, no matter what the party, I'm afraid that political parties tend to muzzle the individual. And I tend to be a wildcard. I don't keep my mouth shut when probably I should from time to time. If I'm going to make change in the world or facilitate change in the world, it'll be through my writing and not through my political action."

Nonetheless, I'm sure you're watching the election closely. What are you watching for?

"I'm watching for a change. The Conservatives have really been quite horrible. In the past number of years, the pieces of legislation they brought in, to my way of thinking, have been very close to a kind of totalitarianism. That doesn't make me feel good, and I don't think it's very -- if I dare say it -- Canadian, particularly."

What decisions or policies are you describing when you say 'totalitarianism'?

"They've shut down many of the social programs. The notion that knowledge is a bad thing and that it needs to be destroyed -- they've been going through and dumping all sorts of scientific papers and scientific information. They don't want anybody talking about global warming. They've gone after many of the environmental groups that have been pushing for climate change legislation. They've got their heads buried in the sand on that."

The Conservatives just passed the anti-terrorism bill, C-51, that a lot of Indigenous land defenders are really worried will hit them especially hard.

"What it's basically saying is, if you don't agree with what the government likes, then it can be designated as terrorism. That's just not the kind of thing this country needs. We don't have a history of that kind of nonsense; the U.S. does, but we certainly don't need it here. I'm quite appalled that the Conservatives have decided that this is their legacy.

"So I'm hoping to see the population turn around and say, 'Wait a minute, we were willing to give them the benefit of the doubt, but now all doubt is gone and we need to make a change.' I don't know if it's going to happen or not, but hope springs eternal."