"One must never, ever feel a sense of security in the arts," she said Wednesday night, speaking on the phone from her son's soccer game.

She was right not to.

In 2011, Aguirre published Something Fierce: Memoirs of a Revolutionary Daughter with Douglas & McIntyre, the largest independent publishing house in Canada at the time. And when her memoir about growing up during the Chilean resistance won the annual CBC Canada Reads competition, making it the book "all Canadians should read" as chosen by panelists on CBC, sales skyrocketed.

But instead of a royalty cheque, Aguirre received an email in Oct. 2012 telling her that Douglas & McIntyre had filed for bankruptcy protection.

"I just went into denial and thought, oh no, I'm sure they'll figure out a way to still get me my royalties," she said. "But in the end, that never happened."

This Monday evening, former members of Douglas & McIntyre, readers, and community members will hold a Gran Malón fundraiser to try and replace the $60,000 royalty cheque Aguirre is still missing, 18 months on. (Other D&M authors are still out varying amounts.)

Malón is a Chilean word of Mapuche origin that once referred to raids on Spanish colonizers, but has evolved to mean a party where friends and neighbours take over someone's house and bring food, drinks, and entertainment.

Barbara Pulling, who edited Something Fierce, is organizing the fundraiser with Emiko Morita, Aguirre's publicist from Douglas & McIntyre. "We're hoping to raise $60,000. That's a gigantic goal, and we may not get there," she said.

Pulling also hopes the fundraiser will draw attention to the precarious place artists occupy in a changing landscape.

After 25 years of experience as a writer and theatre artist, Aguirre said she knew better than to spend that $60,000 before it was in her hands, but it was still a huge blow. "I had planned the next two years of my life financially around that," she said.

Though it's rare for authors to lose as much money as Aguirre, authors at other bankrupt Canadian publishers, like Key Porter, have been left with unpaid royalties. Since they're considered unsecured creditors, they're often last on the list of who gets paid.

There's no question the publishing world is changing. As more and more digital or do-it-yourself alternatives to traditional publishing emerge, many authors are left bewildered by a landscape with too many options and no way to know how to make a living.

But some editors see it as an opportunity to innovate. In the time since Douglas & McIntyre went bankrupt, many of its former employees have started their own companies or agencies in Vancouver -- some of which are experimenting with alternatives to the traditional publishing model.

The Tyee caught up with some of those editors and publishers to find out what they're doing differently. We also went to some other bright minds in the Vancouver publishing world to find out how they think authors can succeed (or not) in the new publishing era.

The Netflix of books?

"One thing I really have my eye on right now is subscription-based publishing -- models like Oyster, where they're offering a Netflix-style subscription service for selling e-books," said Jesse Finkelstein, a former Douglas & McIntyre employee who now runs a Vancouver publishing agency called Page Two Strategies.

"There are a lot of subscription models cropping up all over the place, and I think it's just a matter of trying to get it right."

An Oyster subscriber pays $9.99/month for access to 50,000 e-book titles. Oyster gets most of its titles from high-profile publishers (Simon & Schuster is a recent member), and won't work directly with authors -- but they do have a partnership with Smashwords, a popular self-published e-book hub.

Oyster pays publishers depending on how often their titles are read, and those publishers then pay their authors according to the agreements they've made. They won't reveal how much their authors get paid, but their website states the deals are "favourable for authors and content rights holders."

Another subscription service is Byliner, where readers pay $5.99/month for access to short stories and nonfiction longreads.

"We charge for stories. We do that so we can make our writers money," said Byliner's CEO John Tayman in a TV interview. "We pay a straight revenue share, and we've had very successful writers make six figures off a single story."

Some of those writers, however, are heavyweights like Margaret Atwood and Colum McCann, who have both published new short stories through Byliner. Finkelstein worries that on average, particularly for the non-Atwoods of the world, subscription-based publishing isn't sustainable for writers.

"The way that the model seems to be playing out is that content creators typically get paid much less on a subscription model, and that's an issue that I think is of great concern to content creators and those of us who support their work," said Finkelstein.

"If there's a real market demand for access to content in that way, then I think as an industry we have to find ways to be able to provide it in ways that don't undercut the rights of creators to earn a living on their work," she said, then laughed. "Easier said than done."

Maggie Langrick, the former arts and culture editor at the Vancouver Sun, calls her company Life Tree Media a "hybrid publisher" that occupies a middle ground between traditional publishing and do-it-yourself self-publishing.

Hybrid publishing is a model that more and more companies are adopting, but its definition varies from place to place.

Langrick's company offers a "fee-for-service" model, where authors who have the funding to write their books without an advance (often because they've raised money through crowdsourcing) pay a publisher to publish, sell, market, and distribute their work through traditional avenues like book stores.

Under her system, authors keep their publishing rights, allowing them to repurpose and resell their work down the road, and because they're financing their own projects, they get a higher share of the royalties.

"I could really see that there was this gap," said Langrick. "Instead of being a gatekeeper and financier, I'm imagining a new role emerging as a publisher who is a facilitator and a service-provider for an author." 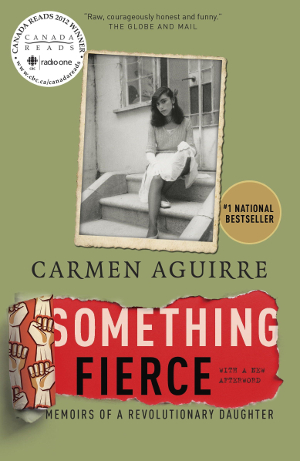 Authors often come to hybrid companies because they want more control over their projects, but want to avoid the credibility concerns that still plague the self-publishing landscape and don't know how to get their work into stores themselves.

But Margaret Reynolds at the Association of Book Publishers of B.C. is concerned hybrid publishing isn't all that accessible for newcomers. "In most of the hybrids that I'm familiar with, the authors already have some kind of a name for themselves, or they are excellent promoters," she said.

To succeed in hybrid publishing or self-publishing, writers typically need to be able to sell directly to a large, well-established community of people who want to read their books.

"So the hybrids are not necessarily taking risks [on new voices] in the way that a normal publisher would," Reynolds said.

"Especially today with the rise of things like crowdfunding, it is actually quite within the grasp of many creatives to fund and finance their own projects. You're seeing that in music, in film-making -- it only makes sense that we're seeing it in publishing too," said Langrick.

In the United Kingdom, Unbound has taken the Kickstarter model several steps further by creating a company that's both a funding platform and a publisher.

On Unbound, readers go through piles of book pitches and support the ones they like. If a pitch meets its goal, Unbound publishes the book in a limited edition, and supporters get e-books or hardcover copies, depending on how much they donated upfront. Unbound then splits the net profits from their books 50/50 with authors.

Unbound sells itself as a way for new voices with interesting ideas to get discovered. But as a site that has published books by people like Stephen Fry, it comes with its own access problems -- if you want to get your book pitch on the site, you have to go through a literary agent. Still, for authors who can get a pitch posted, the 50 per cent profit is a lot higher than the 10 per cent they'd typically see through a traditional publisher.

Despite still being out $60,000 for her award-winning memoir, Aguirre, who admits she doesn't know much about alternative publishing models, is still working with traditional publishers. Her next memoir, Mexican Hooker No. 1, which continues where Something Fierce left off, will be published by Random House International. But she said it's still necessary for the industry to evolve and better protect writers from bankruptcy.

"It's horrific that writers don't get paid when something like this happens," she said. "I would love to see that change."

Gran Malón in Solidarity with Carmen Aguirre is being held at Heritage Hall on Monday, and will feature readings from Aguirre, her mother, and other artists. All proceeds from the event will go directly to Aguirre. For more information, see this website.