The Montreal Expos, even defunct, are my favourite sports team. Some of my earliest childhood memories were of watching the Expos -- Gene Mauch, Mack Jones, John Boccabella and Rusty Staub -- in their expansion year of 1969. I learned French listening to Claude Raymond announce Expos games on Radio Canada. Name a time in my life and I can tell you my favourite player. 1972? Rusty Staub. 1982? Tim Raines. 1992? Marquis Grissom. 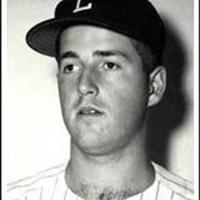 Jonah Keri's Up, Up and Away -- The Kid, the Hawk, Rock, Vladi, Pedro, le Grand Orange, Youppi, The Crazy Business of Baseball, and the Ill-Fated but Unforgettable Montreal Expos is the book I have been waiting to read since the Expos left Montreal for Washington in 2003.

Keri is certainly the person to write it. The lead baseball writer for Bill Simmons ESPN-linked website, Grantland, Keri is an outstanding writer who combines a deep understanding of modern statistical analysis with a fan's love of the game. The fact that he grew up in Montreal and developed his own passion for the game in the bleachers at Olympic Stadium adds a captivating element of personal memoir to this comprehensive history.

The Expos never appeared in a World Series. By 2003, few were venturing to see the games and the team lost its TV contracts. What makes the book and the Expos so interesting?

The Expos were a team of mostly American athletes playing in and enjoying francophone town. With fewer resources than other teams, they were underdogs, always facing the possibility of losing their best players.

Their best seasons on the field ended in glorious, heart-rending failure. Great teams filled with charismatic players such as Gary Carter, Pedro Martinez and Andre Dawson that fell just short. The indelible on-field event was "Blue Monday," the deciding playoff game lost when the Dodgers' Rick Monday homered off Steve Rogers, costing the Expos a place in the 1981 World Series. The best Expos team ever in 1994 lost a chance to win when a player strike ended the season, with no World Series played. Keri's book shows that heroic defeat often makes better storytelling than victory. And whether you're a baseball fan or not, this is a great story.

Keri provides entertaining background to famous stories that form part of any Expo fans' memory. Like the time Pedro Martinez broke up his own attempt at a perfect game by hitting Reggie Sanders with a pitch and setting off a brawl. Or when Dennis Martinez threw a perfect game in Los Angeles and Tim Raines returned from a holdout with a grand slam to beat the Mets.

Then there's the more unusual anecdotes: Bill Lee leaving the park in uniform to go drinking with Terry Mosher (Montreal Gazette's political cartoonist better known as Aislin) during a game, or Expos outfielder Ron LeFlore emerging from the Phillies dugout to pinch run, steal a base and set a record. Keri expertly weaves these stories and many more through the book.

Unlike many teams, the greatest Expo players drafted as amateurs came up through the Expo organization. Expos fans saw more of their greatest players -- Carter, Dawson, Warren Cromartie, Rogers, Raines, Ellis Valentine, Larry Walker, Delino DeShields, Vladimir Guerrero -- start their careers, struggle, become stars and then for various reasons, usually money or in some cases addiction, leave. The regular development of young players ensured a bond between fans and the team.

Up, Up & Away is also the story of the business side of baseball. In Keri's view, the reasons for the team's financial collapse and relocation were both economic and political. The Olympic Stadium was the worst baseball park in the league -- poorly located, unhealthy for the players and a terrible place to watch the action.

Business hostility to Quebec in the wake of the election of René L&eacutevesque, a failure of the local business community to support the team, successful efforts by the Toronto Blue Jays to block the Expos access to the Ontario television market, the low value of the Canadian dollar in the 1990s and assorted bad management did the rest.

Once founding majority owner Charles Bronfman decided to sell in the early 1990s, the Expos were in a business death spiral that periodic strong performance on the field could not arrest.

In a 30-team league, teams will win the World Series on average once every three decades. The Expos never did. However, the Expos captured by Keri were talented, eccentric, marginal and often magical -- a team that 11 years after its demise holds a deep connection with its fans. Which is why Up, Up and Away will be read and enjoyed by sports fans and supporters of underdogs of all kinds. The journey and the experience were not defined by the result.