[Editor's note: When he isn't debating the merits of La Clemenza di Tito with his twelve-year-old son, the Tyee's resident opera critic David Tracey writes about city farming and cans his own pickles. Two years ago, his six-part, Tyee reader-funded series on the urban farming revolution, 'Good to Grow: Raising Food in BC's Cities,' showed how city farmers in B.C. were taking steps to feed themselves. That effort sowed the seeds for a new book, Urban Agriculture: Ideas and Designs for the New Food Revolution -- and starting today, The Tyee offers two tastes. First up, how Vancouver fares against other cities in the landscape of urban agriculture (it may be losing... to Detroit), and a lesson in Roman law.] 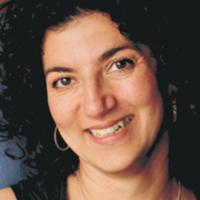 City food growers can be divided into four main categories: home growers, community garden growers, institutional growers (schools, hospitals, companies, etc.) and market growers. Neat as this sounds, you can't count on it because the lines are being blurred.

Home gardeners may get a taste and then search for empty lots to expand into.

So who cares about the categories? The more city people growing city food, the better off we all are.

Styles of urban agriculture vary around the world. Even within North America, the range is broad. Just as each city has its own arts scene and business culture and customs for driving, urban agriculture is absorbed by and influences the local culture. In Vancouver, the land is considered so developed, a prospective site must be wrested from a battery of potential users, so community gardens get carved out a parcel at a time.

But anyone from a crowded Asian megacity would see Vancouver as a wasteland of unused space.

The other end of the spectrum includes undervalued places like Detroit or Cleveland, where you can now buy a city lot, or lunch, depending on your mood. Some have even proposed a new homesteaders act for American cities to encourage growers to turn abandoned lots into urban farms. These could revitalize neighborhoods with jobs, greenery and local food. It won't be easy, but the original American dream, before it got corrupted into the current version of instant celebrity through reality TV, involved hard work on the land to reap the bounty of nature. Who's to say it can't happen again?

The word to know here is usufruct. We should make it part of our regular vocabulary. It means the right to use property (such as an empty city lot) that belongs to another (such as the city) provided you don't harm it. The notion comes from Roman law, the Latin terms usus and fructus equivalent to "use" and "fruits." Cuba offers usufruct land rights to anyone willing to farm empty city lots. Usufruct is also practiced in France as a way to use inherited property without outright owning it, and in Canada by some Aboriginal nations that have usufruct rights to hunt and fish on public land. Pronounce usufruct, with caution, to rhyme with "lose a duct."

A glance at the present state of the world's urban agriculture reveals widely different levels of progress. China is advanced -- some two-thirds to three-quarters of the food people eat in the largest cities comes from farms in and around those cities. Practice helps: the Chinese have been living in and feeding themselves from cities for thousands of years. But even they can learn. I still shake my head in wonder at the tour group of city officials from near Shanghai who showed up in Vancouver to ask how we managed to blend food-growing operations with urban residents prone to complain about sights and smells. Welcome to the club, I commiserated, not sure how their interpreter would handle my advice to tell anyone who buys a new house in a known farming area and then complains about agriculture to "suck it up, buttercup."

Latin America is rapidly catching on. In Russia, some 70 per cent of families are reported to grow at least some of their own food. African cities are more patchwork, but the rising popularity of urban agriculture is noticeable. Harare doubled its cultivation in just four years from 1990. In Somali refugee camps, people are being empowered to grow a new sense of community through raising food. Singapore has an estimated 10,000 urban farmers who produce 80 per cent of the poultry and 25 per cent of the vegetables eaten in the city.

Bringing it all home

Having taken that quick global tour, are you still hemming and hawing about hoeing your own patch of urban farm? Here are eight reasons to get growing:

1. Eat healthier, live longer.
2. Not one of Michelin's 67 three-star restaurants around the world can produce a fresher salad than the one you just picked.
3. Home-grown tastes better. Who grows it, knows it.
4. An average-sized plot can save a family $500 a year.
5. Physical, mental, spiritual exercise.
6. Mow no more forever.
7. Food improves the local environment.
8. Urban farms enhance biodiversity, the web of life supporting us all.

Tuesday: How to start your own 'balcony farm.'