Ophelia Benson is the scourge of magical thinking, religion and postmodernist gobbledygook. As such, the co-author of Why Truth Matters and The Dictionary of Fashionable Nonsense and the popular blog Butterflies & Wheels, is a formidable defender of science and modernity. 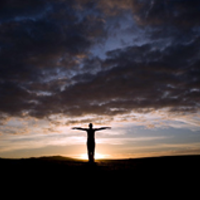 Preaching the Word of Atheism

Today, however, she has been defeated by technology in the form of Skype. Speaking over the Internet is proving glitchy. We resort to instant messaging.

"Maybe there is a god?" I quip in IM. I'm pretty certain that if there is a divine being he wants her to pipe down.

Benson is amused. She is part of that cadre of professional atheists that includes best-selling authors Christopher Hitchens and Richard Dawkins, and a host of lesser known writers, none of whom seems to be a woman.

"Oh there are women: Polly Toynbee, Katha Pollitt, Greta Christina..." Benson protests, noting that even the humanist-secularist-atheist crowd is subject to that old problem of blindness when it comes to women's accomplishments. "I've asked conference organizers why there are no women speaking and some say it didn't occur to them, others say they don't know any."

Benson's take on atheism has a distinctly feminist bent. She'll be in Vancouver at the University of British Columbia Friday, Jan. 28, 7:00 p.m., to give a lecture based on her 2009 book Does God Hate Women? Along with co-author Jeremy Stangroom, she explores how the major monotheist religions -- Christianity, Judaism, Islam and Hinduism -- subjugate women. The lecture is sponsored by the Centre for Inquiry, a non-profit group that promotes rational thinking about religion, quackery and pseudo-science. They run the atheist bus ad campaign with the poster, "There's probably no god. Now stop worrying and enjoy your life."

Why would God favour men?

Benson's explanation for why the deity is inclined to diss us is deceptively simple: "Because 2,000 to 3,000 years ago these religions were created by men. They conceived of god as a man. They arranged it to suit what men thought was best for themselves at the time."

And with that came all the cultural and social baggage of the era, including misogyny. Eventually it became institutionalized, as the men running these religions began to argue that the holy scriptures written by their ancestors were the literal word of God. In the contemporary world, men now get away with everything from denying women education to murdering them by claiming it's the will of a higher power.

Her book, which details some of the horrific things done to women in the name of faith -- acid in the face for immodest dress, murder for the crime of being raped -- makes a good case for why women ought to be the leading voices on atheism. Although she notes that within the world of university women's studies programs, there is a split between those who agree with Benson's views and those who embrace the abuse of women out of some misguided notions of cultural sensitivity.

When researching, she was surprised to discover a sizeable number of so-called cultural theorists were defending the practice of female genital mutilation.

Benson, an American who lives in Seattle, said that she has watched the growth of dangerous fundamentalist religions with alarm, which is what inspired her blog. She points out that no sector of the globe is immune. In the U.S., Christians are making direct attacks on women by resurrecting anti-abortion laws, or failing that, shooting doctors. Much of the Middle East is under the thumbs of clerics. The famously liberal and secular Europeans can't be too complacent, as waves of immigrants bring repressive faiths with them. And for smug Canadian interviewers, she notes that even in Canada, where we cherish the notion that our Charter of Rights lifts us above the fray, Muslims (backed by Jewish and Christian groups) attempted to give Sharia law power in Ontario in 2005.

"When I was growing up [in New Jersey], it wasn't done to talk about religion -- it was considered excessive. You maybe went to church on Sunday," Benson recalls. "Now people will come up and ask which church you attend."

As noisy rhetoric from the god squad escalated and religious debates began replacing political discourse, she noticed a growing number of attacks on women in the name of religion. She points to the Bishop of Phoenix stripping St. Joseph's Hospital in Phoenix Arizona of its Catholic designation in December, preventing the hospital saying mass in its chapel because doctors performed an abortion to save a mother's life.

"The Bishop is saying he wants this woman dead," Benson says. "Both she and the foetus would have died if the doctors did nothing. He wanted them to do nothing."

But logic is rarely welcome in the chapels of religion, so Benson suffers a fair number of attacks online for her views. She's described by her critics as "shrill, strident, unreasonable, unnuanced and unfair," but in conversation she is quite the opposite. She has an even, measured tone and a ready sense of humour, although she is firm and unrelenting in her views.

Benson had a running debate in The Guardian newspaper, where she often writes, with columnist Madeleine Bunting who objected to Benson's blunt prose.

Benson also suffers attacks for her views on Islam, especially as the religion has grown more aggressive at pushing its edicts internationally. Since 1990, Iran and other Islamic countries have been pushing the Cairo Declaration of Human Rights in Islam as an alternative to the UN's Universal Declaration of Human Rights, which they argue fails to defer to their religion and culture.

Benson notes wryly, that when it comes to human rights abuses, deferring to the Islamic faith is often the problem.

"But if you criticize the system of ideas in Islam, people will call you an Islam-o-phobe -- and it is deliberately deceptive," Benson says, explaining that religion defenders often make accusations of racism. "You don't want to encourage xenophobia, but that doesn't mean you back off from pointing out the illiberal aspects of Islam."

In a variation of that old hate-the-sin-not-the-sinner line, Benson comments that while there are "plenty of wonderful people who follow Islam, Islam is not wonderful." She adds that frequently the faithful have no choice in their religion. In countries like Iran, Pakistan and Afghanistan, they are subject to the whims of a dictatorship of clerics.

Benson agrees with her opponents that religion's strong suit is that it creates a sense of community, but she argues there's no reason that a community has to be built around religion. "A lot of good people do good things in the name of religion, but they could be doing good things through other institutions."

In Vancouver, she's hoping for an audience that includes those who don't share her views, because she likes to hear what the other side thinks discussed in public -- although the faithful rarely attend her lectures. They just take pot-shots at her online.

All in all, being a public atheist seems like a thankless sort of gig. But Benson says it's important for secularists to be part of the public discourse both as a way of keeping the worst excesses of religion in check and to let other atheists know they're not alone. She says that she and her fellow rationalists used to hear from people who felt intimidated by zealots to the point of remaining silent. Today she sees a growing network of atheist groups, particularly on university campuses, who have made it okay to stand up against religion's increasingly privileged place in society.

An 'obligation' to speak out

And since you're wondering, yes she does hope religion will fade away, although she doubts we'll see it any time soon. And that's not why she speaks out against it, or any of its cousins in the New Age and pseudo-science camps -- she says that she values the individual right to make choices. So to explain why she courts the hostility that goes with challenging any group of true believers, she recalls being inspired by an article Tufts philosophy professor Daniel Dennett wrote about the reaction he got the first time he mentioned, publicly, that he was an atheist. He was surprised when a teenage boy came up after his talk and thanked him.

"He said, 'I thought was the only one,'" Benson remembers. "I think it is your obligation [as a citizen] in public discourse and in writing to talk about this so others know they are not alone."