"I always think of Carnegie Centre as Michelangelo's studio," said Elee Kraljii Gardiner. She has a poet's demeanor, prone to thoughtful silence and wry half-smiles, "Everybody's pitching in and working on something, the painters, the guitarists, the carvers. And the writers." 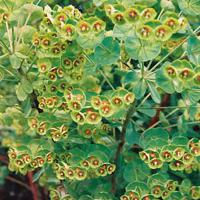 On Salt Spring, Playing with Death

Kraljii Gardiner is the "organizing principle" of the Thursdays, a Downtown Eastside writing collective. The group's fourth chapbook, Storybox, was launched at a reading last Thursday night at the Brickhouse at Main and Georgia.

A cozy event attended mostly by contributors to and friends of the collective, the two-hour launch saw 16 writers read short compositions. The poems were as varied as their creators, from dour "warrior poet on a drunk" Henry Doyle's entry "Lucky Loser" to natty, khakhi-clad Dr. John Z. Chen's "Confirmation."

(Read Doyle and Chen's contributions to the volume at the end of this story.)

In an evening of standout performances, Joan Morelli's clever "Ode to Veganism" and Robyn Livingstone's gut-stopping reading of "Compass" were also particularly notable.

The collective has held weekly spring and autumn sessions since 2008. Simon Fraser University's Writer's Studio first approached Kraljii Gardiner and another of its graduates, ElJean Dodge, to work with a group of DTES writers developing material for the Vancouver Memory Project. That done, though, the group quickly developed a momentum all its own.

"We worked with them for these four sessions, and three out of four of them gave us really good submissions. They were selected and curated, which was amazing odds." said Kraljii Gardiner. "So we were like, 'Okay, thanks, that was great!" and they were like, 'Well, we're meeting next week, right?'"

Though she is still often referred to as "teacher" by other members of the collective, Kraljii Gardiner has backed away from strictly that role. She said she realized early on that the group had little need of a complex or comprehensive curriculum. Most important, she said, is time and space to write.

"People have chaotic lives, sometimes they can't get there for whatever reason, but when they do they're 100 per cent engaged," she said, "Thursdays is not about 'How do I find my voice?' or 'Who am I and what do I want to write about?' There's none of that."

A week's meeting usually begins with everyone writing based on a prompt provided by Kraljii Gardiner or a guest poet (example: "A honeybee produces a quarter of a teaspoon in its life. Write a memory, story, or thought about honey"). Each member reads out what they've read, and the group discusses each piece briefly.

"There's really no incidence of writer's block in this group. And that's one of the things that makes it so much fun," said Kraljii Gardiner.

A tenet of the group, in fact, is that each member participates and contributes as an equal. Anyone who attends even one class, Kraljii Gardiner said, has the right to publish a piece in the next chapbook. Kraljii Gardiner's own writing from Thursdays meetings thus appears in the chapbooks alongside that of both regular and irregular contributors.

"We've got people who are elementary school dropouts and people who are post-doctoral fellows who have many published titles behind their names, far more than I do," said Kraljii Gardiner, "What's really great to see is that the responses they give to each other are very adept on a craft level, and they're just as valid coming from either person."

In the second chapbook, you'll even find "Dealing with Big Words" by luminary Lebanese-Canadian poet John Asfour. Asfour formed a "profound and instant" connection with the group when he met them last year. He ultimately co-edited the group's second volume.

Thursdays is a shoe-string operation, getting by day-to-day through support from the Writer's Studio and the Carnegie Centre, which donates space and photocopying. "Touched by kismet", as Kraljii Gardiner says, the first two chapbooks were funded by anonymous donors. Lacking such a benefactor, the third was published primarily online, and proceeds from the first two volumes were used to print a small run of copies for its contributors, many of whom lack computer access. The Thursdays' participation in the Cultural Olympiad this February financed the fourth volume's printing, and they have also received some funding from urbanink and the City of Vancouver's Great Beginnings initiative.

Kraljii Gardiner founded Otter Press to publish the chapbooks, to give a sense or permanence to their production and ensure that the books got ISBNs, she said. Though she has been approached by local writers about publishing other works under its imprint, she said she decided early on to limit it to the Thursdays anthologies.

"I'm not really interested in the marketing," she said. "I believe the imperative is about providing a vehicle to get these things out into the world. And the advantage of the ISBN is that they get archived in the National Library of Canada and they can be sold in bookstores."

With about 80 members and counting, a parallel editing collective and no sign of flagging momentum, the future looks bright for Thursdays, if busy. The group is adamant that the meetings be kept open to all comers, though it is not yet clear how the group will overcome space limitations at Carnegie. Kraljii Gardiner said that the group is also considering blocking off space on Tuesdays for members to show up and write, possibly to be overseen by Hopkinson.

Though they are currently breaking for the summer, Thursdays' weekly meetings will begin again September 16th.

I look into the night with a smile,
walk through the rains of January
to the bar
without stepping on any lines

I drink alone
I let that poem escape
onto blank paper

When a girl and a boy
walk side by side
holding hands,
rubbing shoulders,
I recognize the yin/yang thing.

So, too, when we waltz
with your hand on my waist,
my palm resting your shoulder.

When my pupils reflect yours,
the two of us in the one image,
I'm at the heart of the thing.

Both the rich man who
piles his money like a mountain
then shifts half to charities
and the man with no money at all
who's content to laugh
with the poor and the rich,
both posess yin/yang.

but when I recognize the eagle in the sky
and comment on his soaring
or when you notice the ant walking on earth
and treasure its life,
we will all touch that yin/yang thing.