If you are like me, you found the whole business of president Clinton, Whitewater, Ken Starr, Paula Jones, Monica Lewinsky and a large supporting cast tiresome as it wandered on, but I can assure you that this book is anything but tiresome. 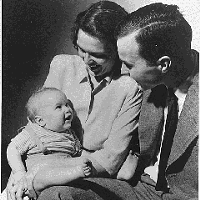 Presidents I Have Known

In fact, it gives Canadians an intimate look at the American "justice" system -- inverted commas deliberate.

This matter began with an investigation by special counsel Kenneth Star, a first class litigator and master of Constitutional law, into the handling of a relatively small set of real estate deals in Arkansas which involved Bill and Hillary Rodman Clinton. Fifty-two million dollars later, it resulted in impeachment proceedings against Clinton in the Senate, for only the second time in history. (The first, Andrew Johnson in 1868 is well told in John F. Kennedy's Profiles in Courage).

The Whitewater saga was constantly visited by a deus ex machina, Paula Jones, who alleged that when he was governor Clinton had exposed himself to her in a hotel room.

What did this have to do with Whitewater?

Damned if I know, but I can tell you she mattered. In this sideshow, Jones turned down an offer of settlement (well you might ask what why?) of $700,000, lost the case and later as the case went to an appeal that looked sure to fail, took a settlement of $850,000! Jones constantly said that she didn't want money, just her reputation restored, which is like when someone says, "It isn't about the money... it's about the money."

Balls in the air

One of the stories within the story actually does come from Whitewater -- the saga of Jim McDougal and Susan McDougal, two of the principals in the cruddy little land deal that cost so much and hurt so many. He died in jail and she went to jail for not cooperating with Starr's meandering investigations.

Then of course there was Monica Lewinsky, whose antics with Clinton in the White House led to my observing to my audience that "young men forevermore must be grateful to Clinton because never again will they have to explain to a young woman what a blow job is" (feel free to use that line). After reading this book I had a better opinion of her than during the saga. Yes, she lied under oath but in the circumstances, who wouldn't have? She was pilloried by the media as if she alone was responsible for what happened.

For me, this book has three features -- the careful weaving of several stories while never impairing the reader's interest, the U.S. legal system, and the strange case of Bill Clinton.

The historian's most difficult task may be the keeping of a great many balls in the air at once. A common irritation about reading history, especially political history, is always having to retrace your steps several chapters to find out just who we're talking about now, then realizing that you're still not sure who the devil is who. Author Ken Gormley masters this problem skillfully.

Here, I should disclose that Gormely is an old friend, though we've never met face to face. He was my guide and a first-class one on American politics when I was in radio. In fact he and I, against the run of current opinion, accurately predicted that the Democrats would do well in the 1998 mid-term elections, not lose their ass as Republican house speaker Newt Gingrich had predicted. Ken had more expert reasons than I did -- I just didn't believe that because Clinton had been caught at salacious conduct that was grist for magazines at the supermarket pay station, voters would penalize his party. In fact, amazingly, throughout this entire mess Clinton maintained terrific polling numbers! On the other hand, Ken Starr did not.

Which brings me back to feature on of Gormley's book: The U.S. legal system, and what we can learn from it here in Canada.

The politics of judges

I've long been in favour of opening up our legal system and, for example, examining prospective judges in public. I think I still favour this but not if it leads to the system Gormley exposes.

Maybe we Canadians kid ourselves when we assume that appointed judges are fair and impartial in spite of which government appointed them, but do we want a system where major decisions (George W. Bush's first election for example) are made along party lines? Or, if not, seem to be?

Clinton, throughout, was concerned about the politics of judges, especially when the Senate hearing on the impeachment proceedings, was chaired by Chief Justice William H. Rehnquist, a doctrinaire Republican. In the event the chief justice, not being a judge but a chairman in these proceedings, displayed a strong sense of the history being made and the necessity that he should appear and he fair.

What disturbed me even more is how the prosecution could and did use inducements and threats to witnesses for their cooperation. Monica Lewinsky, especially, was victim of this prosecutorial rack upon which she was stretched every time it was thought she might waver.

The number of lawyers on Kenneth Starr's team seemed countless and his use of "horses for courses" when saying which minion would perform which task, offended this old lawyer who practiced when "the Crown neither won nor lost" but put the Queen's case "thoroughly and fairly."

I was not only stunned by the numbers but the constant search for winning techniques. Starr was like the coach in the locker room chalking plays onto the blackboard. I got a very strong sense that if this was American criminal law procedure, thanks but no thanks.

In the result, $52 million later, the prosecutors blew it and it staggers one to think it was such an elementary thing -- they did not prosecute president Clinton for perjury and obstruction of justice, (one feels sure they would have got a guilty verdict) before they tabled the Starr Inquiry in the House of Representatives, complete with a road map for the passing of a Bill of Impeachment. If the Senate had judged the impeachment on the basis that Clinton was a convicted perjurer, the Republicans would surely have got the two thirds majority needed.

There are, of course, two main players, Kenneth Starr and Bill Clinton. My sense of it was that Ken Starr is a highly competent lawyer whose long suit isn't controlling events he's in charge of. The fact is he was prosecuting what the British would call a "tuppenny, ha'penny" case that morphed into several others, a case which became a runaway fire storm threatening the presidency of a man considered a good one even by his enemies. Starr's aura of decency, fair play and indeed balance was challenged by his behaviour when he was set to prosecute Clinton after the Senate acquitted him!

Ken Gormley doesn't tell us what kind of a man Clinton is but leaves that task to the reader -- where it belongs. Gormley is a Democrat but is a straight-shooting historian, as those who read his previous book Alexander Cox: Conscience of a Nation will know. (One complaint, the book could have used a table of characters with an explanatory one paragraph précis, so many and varied there were.)

A brilliant man in many ways, Clinton's extra-marital indiscretions make Tiger Woods look virginal by comparison. In fact a comparison to Woods is apt in that both were brilliant and masters of their craft. Both of them gambled careers and character not on an irresistible love for a soul mate, but for tawdry affairs with instant gratification being more important than spouse, reputation and life's work.

This book at 690 pages is long, but understanding the story of the rise, fall and resurrection of William Jefferson Clinton does not lend itself to brevity. Despite its length, the book is a page turner as Ken Gormley brings all the side shows on to the main stage where the most powerful man in the world and a hugely popular president was almost toppled because he couldn't keep his pants zippered up.