Any young person who wants to be a novelist should of course be a reader as well. But some novels can be more hazard than inspiration. They are often well-written, but their effects have generally been disastrous: they inspired younger writers to imitate them, they created awful new genres that debased readers' tastes, or they promoted literary or social values that we could very much do without. 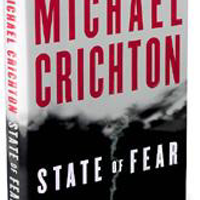 Here are ten 20th-century novels that have done more harm than good to apprentice writers. My list is both entirely subjective (I am a scarred victim of several of them) and in no particular order.

This at least has the virtue of being so widely read and discussed that we don't really need to read it ourselves. I tried a couple of times and bogged down badly. Others apparently found Rand's novel an inspiring political blueprint; they are numerous enough to form hazards to navigation on the Internet, not to mention Rand's impact on Alan Greenspan. Perhaps significantly, no successful novelists have carried on in her tradition.

The Catcher in the Rye by J.D. Salinger.

Mark Twain made the American vernacular a literary language; Salinger tried to do the same for the American adolescent whine. We who read Catcher as teenagers in the 1950s and '60s at once considered ourselves free to babble on paper just the way we did over coffee and cigarettes. It was certainly easier than learning how to write a straightforward sentence expressing something more than teen angst.

For Whom the Bell Tolls by Ernest Hemingway.

As a kid, I knew a few veterans of the International Brigades who'd actually fought in Spain instead of reporting on it, as Hemingway had. They called this novel For Whom the Bull Throws. But Hemingway's style was fatally imitable, and I dropped my plagiarism of Salinger to plagiarize Hemingway instead. Politically, Hemingway didn't know what he was talking about, but it sounded cool to spend your days blowing up fascists and your nights in a sleeping bag with a hot Spanish babe.

The Lord of the Rings by J.R.R. Tolkien.

When I stopped plagiarizing Hemingway, I plagiarized Tolkien. It wasn't the old master's fault, and I got over it. But thousands of others created a literary Mordor: mass-market industrial fantasy, where the orcs, elves and dwarves march past like the North Korean army.

The Big Sleep by Raymond Chandler.

Hemingway's greatest influence was on hardboiled detective writers like Dashiell Hammett, who actually did some good work. Then Chandler came along with private eye Philip Marlow, more poached than hardboiled. Chandler wrote entirely too well, stacking up bizarre similes and metaphors like so many poker chips in a high-stakes game of roulette in some lost casino of the soul. So to speak. Not until Elmore Leonard would crime fiction finally free itself of Chandler's self-conscious style.

This one took me only 45 minutes to read, and half a second to fling across the room. All by itself, it made the 1970s a lost decade.

In the 1920s, Dos Passos was an interestingly experimental writer, breaking up his narrative with "newsreels" and sidebars about current events and celebrities. I thought he was tough and gritty, but when I revisited this endless trilogy a few years ago, I found the narrative unreadable no matter how it was broken up. Dos Passos eventually migrated from the Marxist left to the Buckley right, without improving as a writer.

On the Road by Jack Kerouac.

Circa 1957, my friends and I at Santa Monica High loved On the Road and the other novels that gushed from Kerouac's typewriter. Once again we learned that babble is good, and we ignored Truman Capote's dismissal: "That's not writing, that's typing." I didn't really recover until 1965, when I wrote my first novel. I was in the army, and the discipline must have made a difference: the novel was bad, but bad on its own terms and not on Kerouac's.

This hand-embroidered depiction of rape and slaughter is all too typical of current "literature." The more metaphors and similes you can throw in where they don't belong, the more the critics praise you. The effect is like eating a nice firm dog turd garnished with whipped cream and a cherry on top, served on a fine porcelain plate with a silver spoon.

Lord of the Flies by William Golding.

Well, we know all British writers hated the boys' schools their parents consigned them to. Nasty schoolboys are still a dismal metaphor for civilization, even if it's clangingly obvious to an audience genuinely scared of nuclear war. Sucks to your pretensions, Willy.

The good but dangerous books are a different matter. They have a powerful effect on us, but only gross incompetents would be dumb enough to try to imitate them.

Wuthering Heights and Jane Eyre launched countless romance novels and family sagas, but the Brontës were at an extreme of talent; their successors have regressed to the mean, and then some.

Some novels are good but dangerous because they leave us dumbfounded. After Ulysses, what more can we say about the mythic echoes in modern life? Even Scott Fitzgerald couldn't come up with a novel that could match The Great Gatsby, so how could we? I re-read One Hundred Years of Solitude every few years. Every time, I find that the Maestro has broken still more of the rules we ordinary mortals must obey if we want to tell a story. Unless you're a born sorcerer, don't play with magic realism.

The bad novels give us at least this consolation: If those nincompoops could break into print, and even sell millions of copies, then we nincompoops ought to be able to do at least as well.

Preventative measures can save the writing life of a young person. What are your picks for novels aspiring authors should avoid at all costs? Post comment below!