The value of critics to the community was never so clear to me as when I walked out of one of the worst plays I have ever seen on a professional stage and straight into an acquaintance also sneaking away. 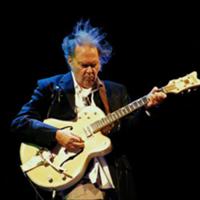 He may never go to the theatre again. His time is short, and with all the competition for it he thinks twice before taking a chance on a new piece of live theatre. This show's mirthless miss at post-modern political satire confirmed what he's long suspected. Too much local theatre is done by and for a handful of self-indulgent insiders.

"It was sort like watching a high school drama club," my friend said. "All the theatre geeks come and cheer their friends on, but it's of no interest to anyone else."

He had a point. The incoherent writing had been eclipsed only by the inept directing. But that show wasn't representative of the usual run of theatre in Vancouver, which tends to highly professional productions of a lot of mediocre Broadway shows. It's rarely exciting, but most of it is pleasant enough if you like that sort of thing.

And how did my normally theatre-averse pal even come to witness this debacle?

"Well, it got good reviews," he said.

"Those aren't critics -- those are shills!" I blurted. But it was too late: I could see a mind in the process of being made up.

It was startling to watch. Even though the late, great critic Lloyd Dykk had predicted this is what would happen if reviewers became cheerleaders -- it would devalue the arts by confusing the definition of the word good.

The critic's critic died two years ago this spring, but whenever the subject of arts reviewing comes up Lloyd is the writer I recall. He took the business of being fair, accurate, and disinterested as seriously as any news reporter. And his wickedly funny reviews -- on everything from classical music to trash TV -- were the delight of everyone but the shows he covered.

I was always astounded by how many of those scathing reviews sold tickets to people who wanted to know if it was really as bad as Lloyd Dykk said. Not that he cared one way or the other.

"My job is selling newspapers," Lloyd used to tell any artist who whinged that his sharp reviews would put them out of business. "Getting bums-in-seats? That's the publicist's job."

But his witty prose was the envy of every other ink-stained wretch, partly because it moved people to action -- hate mail, threats, and subscription renewals. And rereading his 27-year-old review of the Arts Club's hit musical revival Jacques Brel is Alive and Well and Living in Paris, I get why his astute observations made them want to see the show.

"Jacques Brel is dead and buried but the malady lingers on," he wrote (prompting gasps of envy among the scribes). "This is the musical that can apparently do no wrong. It's cancer research in dancing pumps. It's Mother Teresa on a merry-go-round. It's one of those "To Life!" musicals -- so often so deadly -- full of big gestures not truly felt."

Oh, how I miss Lloyd pointing out what these cynical crowd-pleasers tell us about our world.

That's the whole point of criticism. The dull-and-earnest J-skool instructors will tell you that reviews, like other news stories, are the first draft of history and our community's public record. They'll add that public money always requires public scrutiny.

Sure. But that's not why readers read. We do it to be amused, to think, and to understand the world.

So I'm deeply grateful for the smart-and-honest critics who see everything and take that bullet for the rest of us. For example, the New Yorker's TV critic Emily Nussbaum keeps me apprised of the doings on the inexplicably popular Walking Dead, at what I can only assume is great personal sacrifice. (Why is this show a hit? Why?) The Tyee's own Dorothy Woodend keeps me informed on films I may never get around to seeing. As far as I'm concerned, her hilarious review of the bladder-breakingly bad Noah wasn't just a laugh riot, it was a public service.

Because they write so thoughtfully about culture they make it seem vital and significant even when they're lambasting a show. Meanwhile the shills tend to sound like shoppers with dubious taste.

But as teen pop sensation Lorde's current war with the critics illustrates, people in the arts always prefer the puff. On her Tumblr, Lorde was defending fellow hit-maker Iggy Izalea after the music magazine Complex had the audacity to give her latest album an unflattering review.

"It happens to me all the time," Lorde wrote. "Pitchfork and that ilk being like 'Can we interview you' after totally taking the piss out of me in a review. Have a stance on artist and stick to it. Don't act like you respect them then throw them under the bus."

Her lack of media literacy is fairly common among artists, who rarely understand that critics review their work, not them. Or that journos write for an audience interested in the art form, while publicists write to promote the artists. The rise of floggers -- blogger-shills who write advertorial -- has further muddied the waters.

Perhaps we can forgive a teenager who doesn't understand that most good artists do some bad work and if you court the media, you risk them mentioning your warts. Certainly I've met many middle-aged artists who don't understand that since they do their work in public, they will sometimes fail in public, and critics are obligated to report that too.

Among ethical, professional critics, reviews aren't personal. They are "disinterested" -- written with no agenda beyond exploring the art on offer.

Of course, you can't work in any wing of the news media or field of culture without knowing about the growing army of reviewers everywhere who indulge their egos or their petty personal whims, usually out of ignorance. Occasionally out of malice.

Lorde may not be right in her understanding of how media work; but she's not entirely wrong either.

In a small town like Vancouver, with failing media, most local reviewers also work in the arts as playwrights, actors, publicists, and administrators. At least one sits on the board of a theatre company while badmouthing its competitors. Most are writing for little or no money, so they're bound have some agenda that has nothing to do with serving readers.

Which means there's nothing in their gushing prose for me. As a member of that increasingly disenfranchised group -- readers -- I wonder how long it will be before the local blogosphere turns up a critic who writes about the arts for an interested public?

Even in Vancouver, which friends in other towns describe as the dim-and-shallow narcissist of Canadian cities, something better should have filled the vacuum by now. Economists tell me this is how things work.

Or do other cities have a point when they say we're not exactly deep thinkers here?

Artists and journos recall Lloyd's stellar writing, but few people talk about his savvy sense of ethics, which is what I think gave his reviews such impact. He was adamant that critics should write for readers -- not artists, not funding bodies, and certainly not advertisers. And not the critic's pals. Socializing with artists he warned me, would only end in tears.

"At some point you will have to write the truth about one of their shows," he cautioned, adding that they would feel betrayed and I would feel a need to pull my punches. The upshot would be that we'd all be cheating the audience. In his book, cheating your audience was unforgivable. Not to mention economic suicide.

He argued that artists were professionals, not children in need of a hearty pat on the back. That sort of cheerleading was an insult to them and readers. He thought it would lead the public to abandon both theatres and newspapers if we tried to pass off shit as Shinola.

In retrospect, it was like learning the critic trade from Cassandra.

Sad place to end up?

I thought of Lloyd's predictions as I stood in that theatre watching that fleeing acquaintance realizing he'd been suckered by those rousing reviews. As foretold, he felt cheated and it left him far less likely to gamble on the next locally staged attempt.

As a reader, the lack of smart local arts criticism frustrates me as much as the decline of news reporting. I want to know what is happening in my community, but I'm astounded to see that I get more thoughtful coverage of local artists in foreign papers. Last week the London Telegraph did a meaty feature on Vancouver choreographer Crystal Pite, who is doing a piece at Sadler's Wells, and it's an embarrassing contrast to the banal puff pieces about her in local outlets.

Again, it reminded me of Lloyd Dykk. Or rather, his obituary in the paper where he toiled for about 35 years. In a telling comment, a former Vancouver Sun arts editor said of Lloyd:

"I always thought it was sad that he ended up in Vancouver. He should have been in New York or London; he could have written for The New Yorker."

I burst out laughing at that glimpse of Sun management's thinking. While it's true Lloyd was brilliant and could have written in any market he chose, the notion that a former editor at the city's paper-of-record considers it sad when someone talented ends up in the Sun's pages explains a lot.

If I wanted to take personal offence, I guess I could feel insulted that she seems to think Vancouverites are not worthy of reading so dazzling a writer as Lloyd.

Who knows, though. Maybe she's right? I vaguely recall a significant roster of talent in the local arts pages of that generation, but perhaps my memory is foggy. Maybe Lloyd was an anomaly and I should just work on accepting that cities get the media they deserve.