When reality goes horribly wrong, one of the first things that people say is, "It was just like a movie." 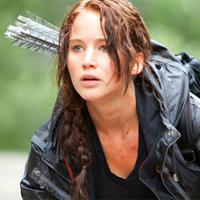 Generally they don't mean a costume drama or a rom-com, but rather a dystopian end-of-the-world scenario. This past week science fiction crawled off the screen and went wandering down the road, turning off the lights, tipping over cars, pushing over mailboxes and generally wrecking up the joint, with hurricanes on the east coast and earthquakes on the west. I don't know how many people remember the film The Day After Tomorrow, but when Hurricane Sandy hit New York my first thought was: "Save Jake Gyllenhaal!"

The Day After Tomorrow's central conceit is that global warming took a sudden left turn and reinvented itself as another ice age, beginning with a massive storm that squished New York. Most of the world freezes to death, and all that’s left at the end is Dennis Quaid and a few shivering cockroaches.

Kill me now you might think, reasonably enough, but even death is not so simple.

Riots, hurricanes, or revolution are all very helpful in upending boring old reality. But nothing has been quite as useful or as long-serving as our old friends the great undead. If you require further convincing, simply witness the wonder that is AMC's series The Walking Dead.

I am a bit late to the party, it's true, but luckily both the first and second season of the show are available on Netflix. One can easily buzz through a couple of dozen episodes and be right up to speed. For those of you still lagging behind, The Walking Dead is principally concerned with the aftermath of a zombie apocalypse. One day the dead woke up a little peckish and that was pretty much it for humanity. The people who managed to escape being gnawed have banded together and are simply looking to stay alive. One such band, headed up by an ex-sheriff named Rick Grimes along with his wife Lori, son Carl and a misfit motley crew, are making a stand. So far it hasn't gone so well, and the original gang has slowly been losing members and the occasional limb. The show holds court on Sunday evening in what used to be the domain of The Wonderful World of Disney a very long time ago. This should tell you just how far we have come as a society, but I digress.

The third season of The Walking Dead opened with a bang bang bang, die zombies die! The raggedy band of survivors that we have grown to know and mistrust have been wandering the wastes all winter, but have finally found a new home. It is a doozy, a veritable haven, fenced, walled and filled with stocks of food and medicine. Who knew that the American prison industry would come in so handy? I love me a bunker and here is the ultimate one, fortified, fortress-like, virtually impenetrable.

There is something of this crazy mad joy in the opening episode when the weary wary bunch take the prison yard, a vast expanse of green veldt, safely walled in behind a chain link fence and razor wire. This time it is the wild things that are trapped outside, and the cage itself become a rescue. The cheerfulness with which our heroes dispatch the undead, popping them off one by one, is almost infectious. After all, who hasn’t wanted to shoot a few people in the brainpan and get away with it? Even more thrilling than the wholesale slaughter is the place itself.

In landscape architecture the term "prospect vantage" is used to describe the idea that humans are hardwired to prefer a grassy expanse with a hillside at our back: Ideal for scouting for an enemy's approach and equally good for spying on prey. The most entertaining aspect of the show is just this. Certainly dispatching rotting corpses is a lot of fun, but it is watching human behaviour stripped right back to the bone that is most engaging. Without the noise and clatter of modern civilization, raw human instinct is much easier to see, and still as difficult to defend.

The zombies have become background noise, a threat still, but the horror has largely melted into the mundane. The real action is taking place with the live humans, who are busily humping, murdering and betraying each other with abandon. The notion that humans are jerks seems to be the basic premise of the show's third season. Most social niceties have been foreclosed upon, men are back to being alpha males, and more often than not so are the women.

I have fallen head over heels for Daryl, a mean-as-a-snake hillbilly who rides a motorcycle with an SS insignia and wields a vicious crossbow, and so apparently has Carol. What did old Sylvia Plath say? "Every woman adores a fascist." In the previous season, the tension between the two slowly ratcheted up, when Carol’s daughter Sophia disappeared and Daryl searched for her. In the season opener their relationship has taken a new twist, as witnessed by the scene where they trade repartee atop an overturned prison bus, surrounded on all sides by the ravening undead.

I almost spit milk out of my nose.

Really when you strip away all the trappings of the modern world, what is left? Here we are again, back where we started. Huddled together against the deep and endless threat of the great big wild, our only defence comfort, and succour is a cache of weapons, firelight and our fellow humans. This is where the fundamental pleasure of the show most derives from, the idea of retreating to simpler times, forcibly or not, when there is something genuinely at stake. Despite our enormous plastic brains, adaptable as rats and just as vicious, a part of us relaxes when dealing with the bare necessities of food and shelter. I would argue that the quest for survival makes us more human instead of less. You feel it most clearly when you’re traveling, arriving in an entirely new place where you must learn the lay of the land. Some atavistic instinct leaps to attention and sniffs the air wildly, and an older section of the brain pushes aside the wheedling thinking part and goes loping off in search of stuff to eat, hump or kill.

The end of the world narratives, whether crudely or cleverly drawn, reveal what we knew all along. Civilization is as easily shucked off as a cheap pair of pants. What is perhaps more curious is that we all want to take our pants off. In film and television we have destroyed the world so many times it's almost become expected. The seas rise, the sky falls, the dead get up and walk around looking for lunch. Meanwhile the business of being human continues. Maybe we wish it wouldn’t.

In a recent op-ed in the New York Times, Amy Wilentz wrote about the real history of zombies, sprung from slavery and the Haitian culture of voodoo.

"Of course, the zombie is scary in a primordial way, but in a modern way, too. He's the living dead, but he’s also the inanimate animated, the robot of industrial dystopias. He's great for fascism: one recent zombie movie (and there have been many) was called 'The Fourth Reich.' The zombie is devoid of consciousness and therefore unable to critique the system that has entrapped him. He's labor without grievance. He works free and never goes on strike. You don't have to feed him much. He's a Foxconn worker in China; a maquiladora seamstress in Guatemala; a citizen of North Korea..."

In the post-civilization world of The Walking Dead, the living humans are set free: no more jobs or school, no more Stock Exchange or Internet. Only the raw meat of survival.

Meanwhile, back in the real world New York is busily pumping the water out of the subway stations, cleaning up the debris, and again talking politics. I can't help but wonder if there is some small part of every New Yorker that wishes to return to the blunt simplicity of survival -- food, warmth and shelter. Throw in a bit of sex and you've got all you need.