I remember it quite clearly. It was a lazy afternoon in the middle of summer and I was bored witless. I was 11 years old, wasting time, wandering around in the upstairs bedroom of our house, looking for something to do. I picked up a book, an old orange Penguin, and started reading. Two pages later, I was a different person. "This is the greatest book in the history of the world!" I thought to myself. 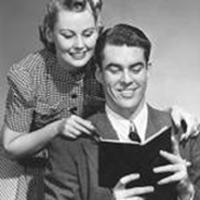 The book was Jane Eyre, and it hit me like a hurricane. Not only did it start with eye-watering injustice meted out to a child -- that alone would have been more than sufficient -- but no, it just kept going, building, adding more layers. A tragic death, a mysterious stately mansion, intrigue, wild English moors, and finally and finally, a man. Not just any man, but the sui generis of every Harlequin romantic hero, Edward Fairfax Rochester. Unpredictable, volcanic, dark and ferocious as a wolf. His sparring ripostes with Jane flew right into the centre of me and stung like a wasp. Was there ever such a man?

Not really... They live only in the fevered brains of maidens everywhere, which is where they ought to stay. Perhaps.

When the newest version of Jane Eyre opened in theatres last Friday, my sister and I practically ran to the ticket counter and flung our cash madly at the woman manning the register. The question uppermost on our fevered brains: what of Rochester? Would they get him right? Or would this iteration be a merely shadow of the hulking creature that has haunted my heart and mind since childhood.

Gentle reader, I am pleased to announce that he's not half bad, a little on the skinny side, but nonetheless possessed of that broody saturnine intensity that makes young girls and old ladies swoon. I feel a sweat breaking out at the mere thought of the man. Excuse me while I whilst I fan my heaving bosom.

The rest of the film is not half bad either.

Director Cary Fukunaga keeps a tight rein on things, the better to marshal the strengths of the source material. Shot in deep greens and gray, the cinematography is effortlessly handsome, in the fashion of the English countryside. The cast is also exceptionally fine. Mia Wasikowska brings Jane to tensile steel life. As slender and erect as a blade of grass, perhaps even a little green, she has the self-possession and self-respect that gives our Ms. Eyre the intestinal fortitude not only to match wits with Rochester, but ultimately to best him, in courage, strength of will and, finally, compassion.

So too, Michael Fassbender as Rochester finds that essential core within his character that has endeared him to women (and probably more than a few men) around the globe. I can tell when a film has hit its mark by how long it stays in the mind after the lights come up. This one, especially the final scene, hammers home in Wagnerian scale, and lingers there with an orchestral precision. It hangs in the air, like a long last slow chord.

A film adaptation of a novel, especially one as iconic as Charlotte Brontë's 1847 opus is little like musical medley, or perhaps, an overture for the grander symphonic heft yet to come. It hits all the beats, and that's all there is time for. So too, with this adaptation, the lines that I most remember are all there, but what is missing is the slow build up, the circling, spiraling movement, ever higher and higher.

When I think of Jane Eyre, the musical accompaniment that immediately springs to mind is that of Tristan and Isolde, specifically the final musical death match that ends the opera Liebestod.

But despite its operatic qualities, Jane Eyre doesn't end with our heroine dead and mortified. Quite the opposite: beneath the corsets and stays, this film is bursting with life, with a wild desire not just for communion and understanding, but for adventure, for passion, for life. It is suffused with a coursing, pulsing energy, filled with what Dylan Thomas called "The force that through the green fuse drives the flower." And if you need more descriptive terms than that, then we will fall perilously into near pornography. Suffice to say, the film is good.

Afterwards, over a cup of tea, my sister and I discussed the film, and our memories of reading the novel as kids. My sister asked, "Would I be the same person if I hadn't read that book?" She answered her own question after a beat: "No."

The thing that I remember clearly about these early literary experiences was not only the sense of being subsumed within something far larger than my meager self, but the idea that there were always more worlds than this one. There was a larger, more epic place than the farm where I grew up. A place where language soared like music, and music soared like religion. It is an expansiveness of the mind that every kid who ever stumbled into a book knows full well.

The lingering traces of such early immersion colour your brain and your perceptions forever more. They shape you. Make you more prone to hubris maybe, attracted to melodrama, and other more histrionic things. One wanders out of a novel or film of epic scope with a sense of dull disappointment. Reality is a mite dreary after all. Where are the volcanically bad decisions? "Don't marry a crazy person!" "Don't leap off the parapets!" "Don't burn down the stately mansion!" These are perhaps best left to novels, but it makes for a more tepid world.

A book as a rite of passage is important. It is a means to access a different time and place, a different language, a veritably different species of men and women. (They don't make Rochesters like they used to.) In this school-marm precious world of ours, there are few places for volcanic passions, no Rochesters on the horizon at all, only St. John Rivers types, whose thin gruel of love Jane rejects in the novel, quite rightly.

The question isn't merely about whether the things that you read and experience alter you in some incremental fashion, but whether you would be poorer without them. Maybe it isn't really a question at all, since there is no way to answer it.

I am glad that I picked up the book when I did. At age 11, it hit on all cylinders. Reading it, I thought: "I am Jane Eyre." The curious thing is that everyone who reads the book seems to feel the same way. Her voice, prickly, proud, desperate, is your voice. This is the thing a book can do that a film can't. It can get inside you, and give you that sense of interior life.

There is an opacity to the film version of Jane Eyre that is very different from the book. They are two different creatures. Watching Jane and Rochester on screen is not the same as having them live inside your head. Which is why a book ultimately probably has more emotional weight than a film. You make your own film version inside your head, where is it unique and particular to you. Your own version of Rochester will always be the ultimate one, all others mere actors.

Certainly Jane Eyre is an opera, but what distinguishes it from the millions of pallid imitations? What ennobles it?

It's the words. The language carries the story in the same way the music transforms an opera from melodrama into masterpiece. That is the reason it endures.

These lovely things we call words, tumbling forth, brimming and ripe. Aren't they beautiful?