When I first moved to Vancouver, the first place I went was the mall. We'd heard about Vancouver's underground mall in the Kootenays of course, but the idea seemed preposterous, fabulous, beyond wonderful. 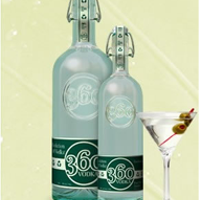 Green Sell: Do You Buy It?

Pacific Centre Mall was everything it was rumoured to be, sleek and modern, a glamorous new world, far removed from the ordinary grubbiness of farm life. I loved it.

The other day, as I wandered through a mall killing time before a film, aimlessly watching people, looking at things that weren't nearly worth their price tag, I realized my time in the mall was done. Whatever lingering allure it once might have held for a girl from the country, my long-term love affair was over.

Maybe this was because I couldn't afford to buy anything there anymore. Or maybe it was because I didn't need the sense of identity it once promised to deliver.

Still, something lingered, a fading remnant of nostalgia and promise.

Helen Klodawsky's documentary Malls R Us captures this curious feeling from multiple angles, looking at it from a global perspective, taking apart the physical components of the mall (water, light and vaulted space), tracing the mall's origins, and looking to its future evolution. Some of the information that the film uncovers is fascinating, even profound, but ultimately it is this wistful, slightly mournful spirit that endures.

Malls, like other sacred spaces before them, especially churches and cathedrals, make heavy use of symbols to create a religious experience. Jon Pahl, a theologian who is interviewed in the film, gives talks about the genesis of the mall as a sacred space. He does so from a personal perspective, remembering his own childhood delight in mall visits. In a speech that takes place, ironically enough, in a mall church, Pahl explains to congregants how vestiges of sacred symbols like water, whether in fountains or reflecting pools, are always prominent in malls. Water, representing cleansing and ritual purification, is a promise of renewal. So too light, the source of all energy and life on the planet is given prominent placement.

Think of a mall's central rotunda, like the dome of a cathedral that effectively says, "Here is God, come get some!" In a mall, trees never die, but live eternally in the light and warmth of the controlled space. It is only natural that people would want to collect in such a place, but of course it all comes at a price. $1,530,438,775,107.00 to be precise (total retail sales in 2005).

Malls make use of fundamental desire for comfort, succor, and new shoes, but they also exploit the more instinctual drives of human beings. One of the very first mall developers in the U.S. recounts how the idea of enclosing stores in a covered space came out the need to overcome "threshold resistance." If a store is wide open, and doesn't require a person to physically open the door and walk in, shoppers are much more likely to enter. Once inside, they are more prone to purchase. The design and physical placement of goods is calculated down to an infinitesimal degree in order to facilitate more buying. Everything else that surrounds this bottom line is merely window dressing. But what window dressing it is.

West Edmonton: Does it get any better?

Around the globe, in far-flung exotic locations such as Edmonton, the mall has becomes the apotheosis of western (and increasingly global) culture. The West Edmonton Mall is still the largest enclosed shopping centre in North America, but its glory has been eclipsed by bigger and more spectacular malls around the world. Some, like Forum des Halles in downtown Paris, are considered to be a blight upon the city, while still others, especially in Dubai and Japan, cater to a social elite, or more correctly, those with obscene amounts of money who want to spend it.

Rubin Stahl, the Canadian developer of West Edmonton Mall, is shown busily clearing a huge section of land outside of Montreal to build the first green shopping centre. This project, even larger than West Edmonton mall, needs a retail client to anchor the development. In searching for a suitable candidate, Stahl visits an outdoor giant in the US called Cabela's where the principal thing to buy appears to be guns and camouflage gear. Shown a gun that will bring down a rhino or a bull elephant, Stahl squeals, yes, literally squeals with excitement. Shown another assault rifle, he asks what he can kill with this gun, and is told, "This is one is made for humans."

But any lingering moral stickiness Stahl might have is quickly drowned out by the store's sales figures (some 20,000 transactions per day). Walking through the store's nature diorama, complete with a real stuffed African elephant and polar bear, Stahl solemnly intones: "Al Gore is right. These animals ought to be protected."

There are a number of moments in this film in which you feel your mind bend and threaten to snap underneath the weight of the contradiction. For me, this was the one scene that threatened to send me over the edge. The sheer horror of it made me want to howl with hysterical laughter. Except it wasn't all that funny. In replacing real streams with molded plastic replicas, and wild animals with stuffed and mounted dioramas, the spiritual loss is more profound than we can probably yet understand. But winnowing human beings down into little more than shopping automatons has implications not just for people, but almost everything on the planet.

In engaging with this idea, the film makes use of religious ideas and imagery in subtle and occasionally none-too-subtle fashion. Mall designer Jon Jerde is shown in the midst of planning a million-square-foot project in Dubai, inspired largely by the Tower of Babel. (Polyglot workers, imported from around the globe, and paid 45 cents per hour to build these palaces of consumption, probably have much in common with the Babel of old.) The implications of this idea are overt, and obvious -- the end of days, biblical levels of destruction, which as the film points out, is pretty much the case. As consumerist culture explodes into countries like India and China, the scale of retail development is likened to a biblical plague. In the process of turning religion into reification, we have simply replaced God with goods.

American mall developer Eric Kuhne, who works largely in Arab countries, is asked by the filmmaker if he ever feels afraid of the speed and voracity of this development. His reply: "I gained an unbelievable appreciation of how powerful retail was. It is unstoppable. For me, retail is the way that people personalize their lives, in a world that's increasingly hostile and incomprehensible."

The fundamental need to give meaning to your life, once channeled by religion, has increasingly been taken over by corporations, who, in effect, sell soul, along with Gucci purses and cashmere sweaters. The fact that malls increasingly fulfill the role that churches, parks, and other formerly civic spaces once occupied is not only curious, but often downright creepy.

But as Jon Pahl asks, "Is life really abundant at a deep level if we're just accumulating stuff?"

While the genesis of malls may have originated out of the memories of a confirmed socialist named Victor Gruen, who missed the cafés and bustling plazas of European cities, malls are not public space. In fact, they are carefully controlled, privately monitored corporate worlds. Just try disrupting the conformity of the shopping experience and see how quickly security guards convene and kick you to the curb. Any threat to the bottom line of profit is treated forcefully and immediately.

Still, much of the utopian spirit that prompted Gruen's socialist vision, or even that of architect Jon Jerde, whose mall designs are in huge demand all over the world, came out of a humble and very human need. Jerde explains that his career was prompted by the fact that he was a lonely little kid, growing up in a lonely country. With a little help from science fiction author Ray Bradbury, Jerde envisioned the mall as a social space that could unite people in an empty and alienating urban environment. In effect, he created a monster, and like most monsters it was born out of love.

That's the most painfully perverse part, that we still love malls or, at least, we love the thing they once represented. I am not alone in my nostalgia for old malls, as the film demonstrates. Deadmalls.com is not the name of a Romero-style horror film, although I suppose it could be, but a website started by Peter Blackbird and Brian Florence, who upon discovering the number of abandoned malls in the U.S. set out to document these fading monuments of American civilization.

But how does something that springs out of simple need for human interaction, social space, and yes, more stuff become such a force of destruction? Is it simply the result of global capitalism's endless escalating numbers, or is it the perversion of some deeper spiritual quest, channeled into buying things? As idealism, passion and greed come together under the mall roof, we're left alone to roam the gleaming vaulted spaces, as empty as ghosts.