“All models are wrong,” a statistician observed in the 1970s. His assertion was soon expanded to include “but some are useful.”

That’s probably a wise attitude to adopt in looking at the model that Theresa Tam, Canada’s chief medical officer, published on Nov. 20 as a preview of the next few months of the pandemic. It can’t tell us the precise number of cases and deaths we can expect on, say, Dec. 31. But it should make us think about our own behaviour and the consequences of our acts. Modelling can also give us a sense of how prepared we should be for the worst possible scenario — which could a lot worse than mere case numbers.

The Public Health Agency of Canada explains its use of modelling:

Forecasting models estimate how many new cases and deaths we might see in the coming week.

Dynamic models show how the epidemic might unfold over the coming months, based on:

• how the virus behaves
• the potential impact of public health measures

Dr. Tam’s Nov. 20 update shows that we’re already in big trouble: sharply rising case counts in many provinces, including B.C.; higher rates of infection per 100,000 population; an infection rate consistently over 1, meaning each case infects more than one other person. (To understand the terrible power of mathematical doubling in the spread of a virus, read this excellent explainer by my colleague Andrew Nikiforuk.)

There is more. Canadians aged 80 and over are experiencing higher incidence of COVID-19. More and bigger outbreaks are affecting long-term care homes and other health facilities, Indigenous communities and schools — as well as being linked to social gatherings. Hospitalizations are increasing, raising the possibility that we will simply run out of beds in both wards and intensive care units, as is already happening in American states like Arizona.

In other words, if we hunker down as we did in March, we can begin to bend the curve so that by New Year’s we’re about where we are now — 5,000 daily cases. If we carry on as we have this fall, we can expect about 25,000 cases a day. And if we decide to celebrate Christmas with lots of shopping and travel and parties, New Year’s Eve could see 60,000 Canadians testing positive for COVID-19.

Dr. Tam’s model isn’t just there to scare us into behaving better, though I hope it does that. It’s also there to warn our health-care systems and governments about the scale of the threats they face, in both the short and the long term.

Early in November, Dr. Anthony Fauci noted that between 25 and 35 per cent of COVID-19 cases experience “long COVID” — months of pain, sleep disorder, tiredness, shortness of breath and “brain fog.”

So if Canada hits 60,000 cases on New Year’s Eve, perhaps 600 of us will die early in the new year. And 15,000 to 20,000 will “recover” into a long convalescence. They won’t be able to go back to work, and they’ll be adding to the demand on our health-care system — especially primary care, which has already endured a terrible year.

We may not have enough beds and ICU units to care for these cases. American hospitals are already buckling. On Nov. 21, hospitals in St. Louis, Missouri reported their staffed beds were at 80 per cent of capacity and their ICUs at 87 per cent.

Even if we have enough beds, we may not have people to staff them. “COVID fatigue” isn’t just boredom with wearing a mask and not seeing our friends. It’s exhaustion and burnout in doctors and nurses, not to mention health-care workers themselves falling ill. An opinion piece in the Georgia Straight last week said: “In Canada, health-care workers represent almost one in five cases of COVID-19, approximately twice the global average.”

This is not a drill 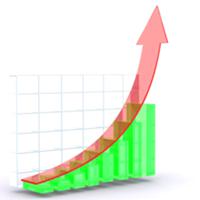 For doctors, nurses and other health-care workers, Dr. Tam’s model is an air-raid siren: they will soon be under attack. The intensity of the attack depends in part on the good sense of their communities: people who stay home and don’t socialize won’t need hospitalization. And the system’s capacity to survive the attack depends on the good sense and dedication of the politicians who run it. Will they support the restrictions needed to hold infections to a mere 5,000 a day? Or will they support “the economy” by letting businesses stay open? Good luck getting tax revenue or votes from deceased business owners and their workers. And even better luck finding the money to rebuild and re-staff Canadian health care.

When HIV hit us 40 years ago, we soon realized that it exploited our powerful need for sex. Despite all our drugs, HIV exploits us still. SARS-CoV-2, the virus that causes COVID-19, exploits our even greater need, simply to be close to other people, especially family and friends, the people we love.

Dr. Tam’s model covers just one more month. Her models for early 2021 may be mercifully optimistic, or far grimmer than this one. That is entirely up to us.